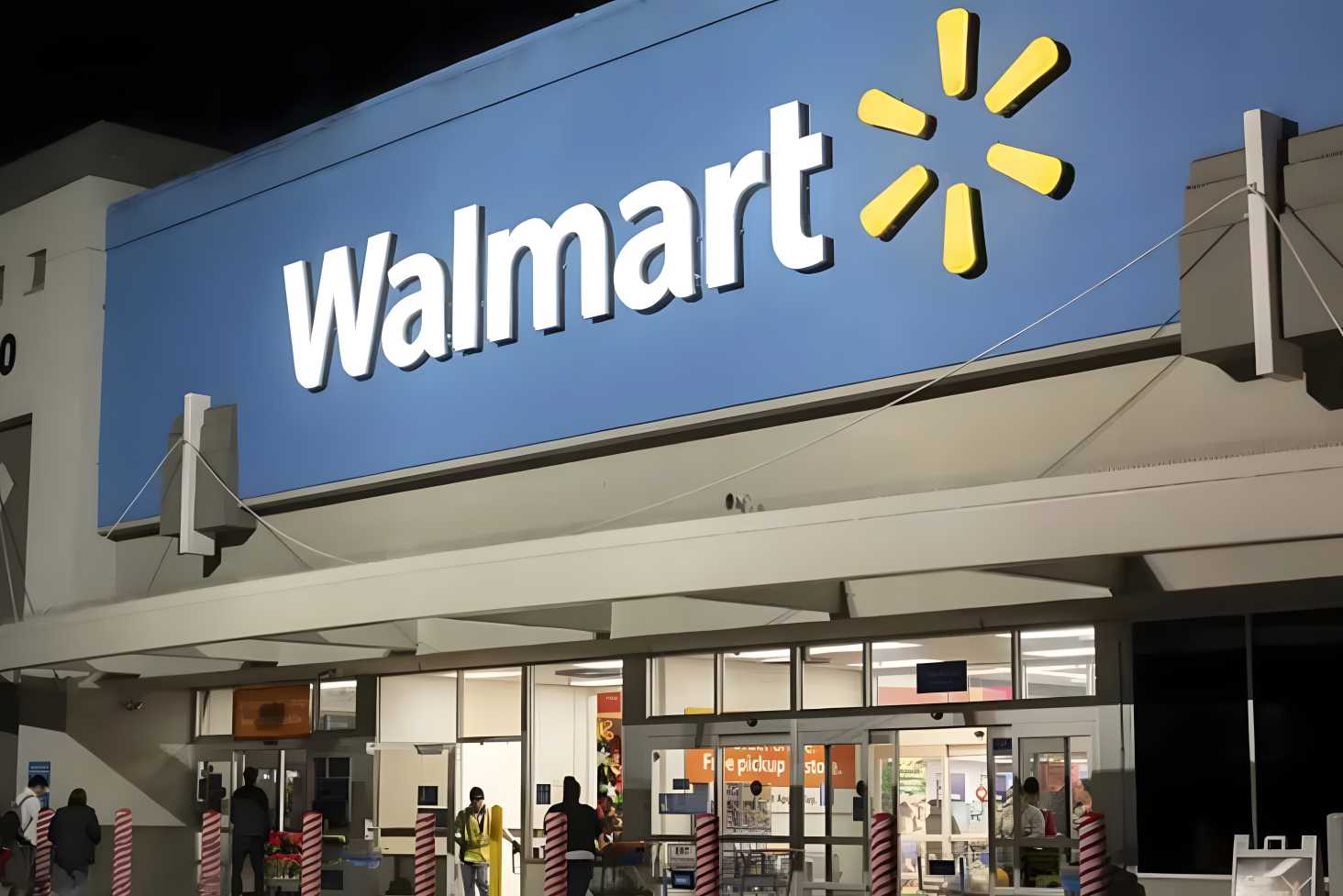 Walmart has been dominating the supermarket industry in the West. It’s the most well-known supermarket chain in the United States and Canada. They offer many supplies and ready-to-eat food. Some people might ask: Does Walmart have sushi? 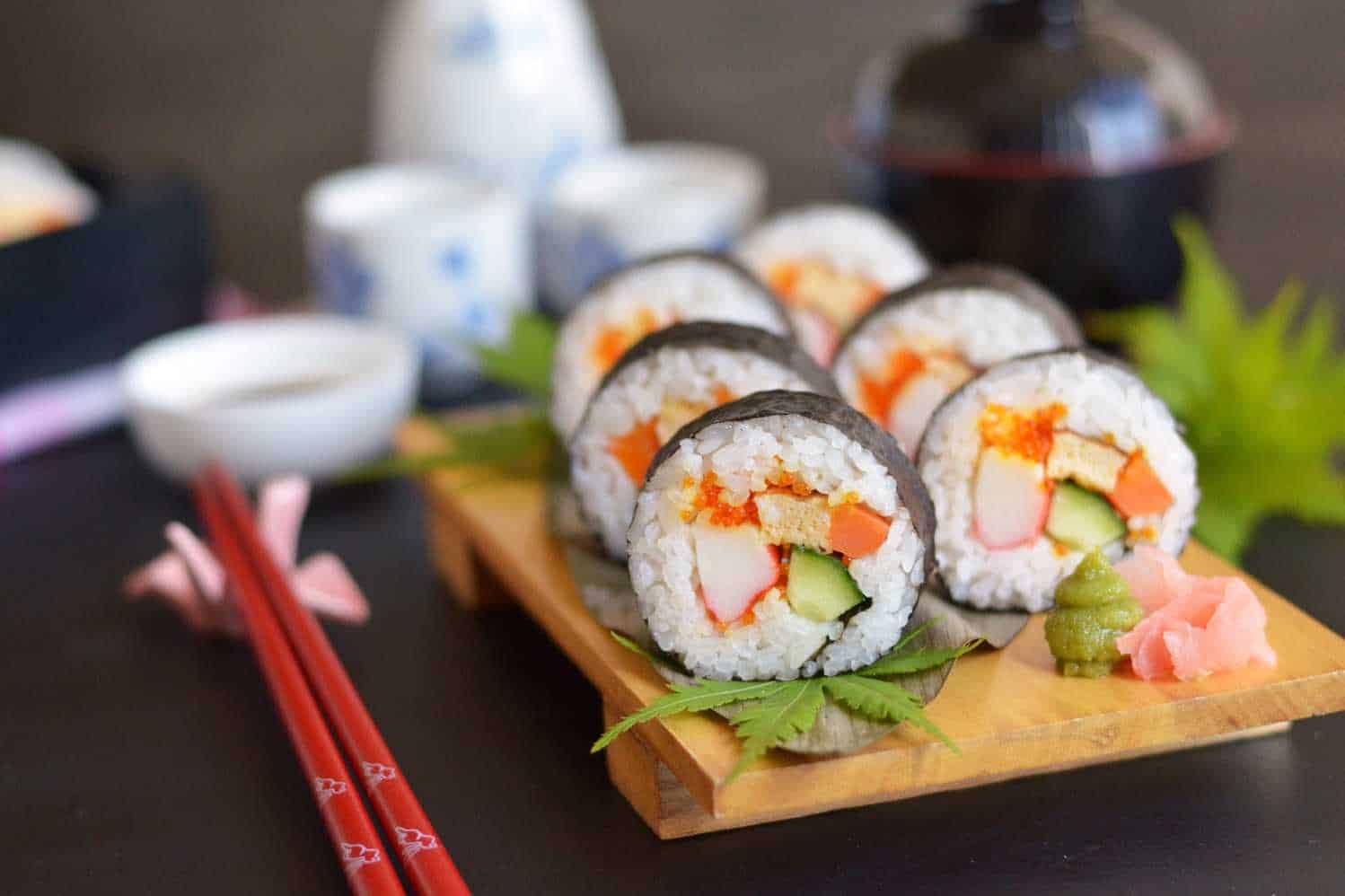 Sushi is a traditional Japanese dish that contains seafood, vinegared rice, and vegetables. There are two major sushi types available in the US: makizushi and nigiri.

Makizushi or maki sushi rolls are by far the most accessible sushi worldwide. It’s made by rolling the ingredients and wrapping it with nori. California maki, Boston Rolls, and Philadelphia rolls are a type of makizushi.

Nigiri is much simpler than maki sushi. It has two ingredients: rectangular vinegared rice and any protein on top. Traditionally, nigiri only contains raw seafood as a form of protein. However, many variations have been added, such as wagyu, chicken, and vegetables.

Does Walmart Have Sushi? 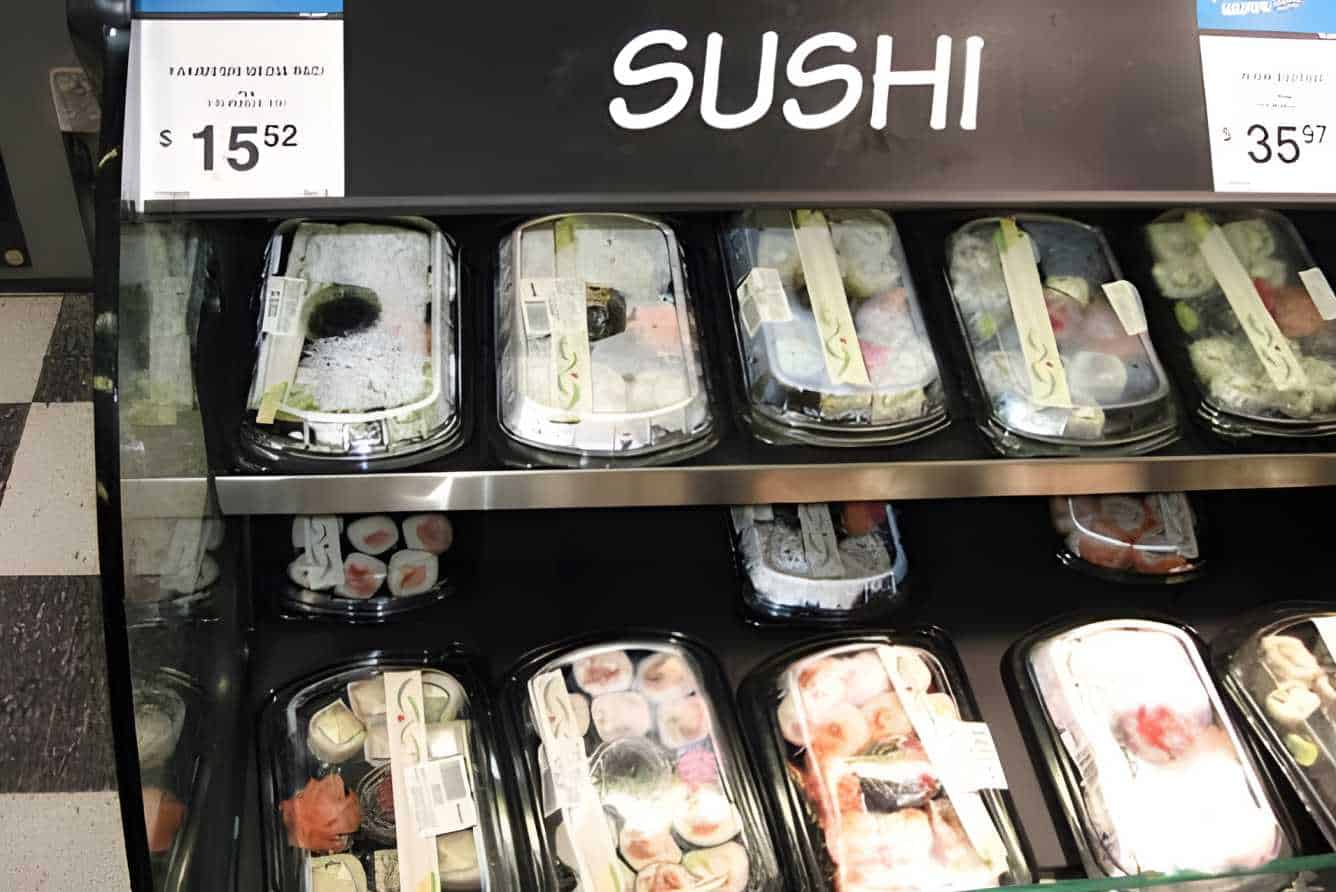 Yes, Walmart has sushi. It’s a known fact that Walmart offers ready-to-eat food. Along with that category is the Japanese dish, sushi.

Sushi available in Walmart and other supermarkets is commonly frozen or ready to go. The sushi rolls are often found in freezers in the deli section.

Two brands are dominating the sushi shelves in Walmart. Moji and Banzai are the most accessible brands of ready-to-eat and frozen sushi.

How to Prepare Sushi from Walmart? 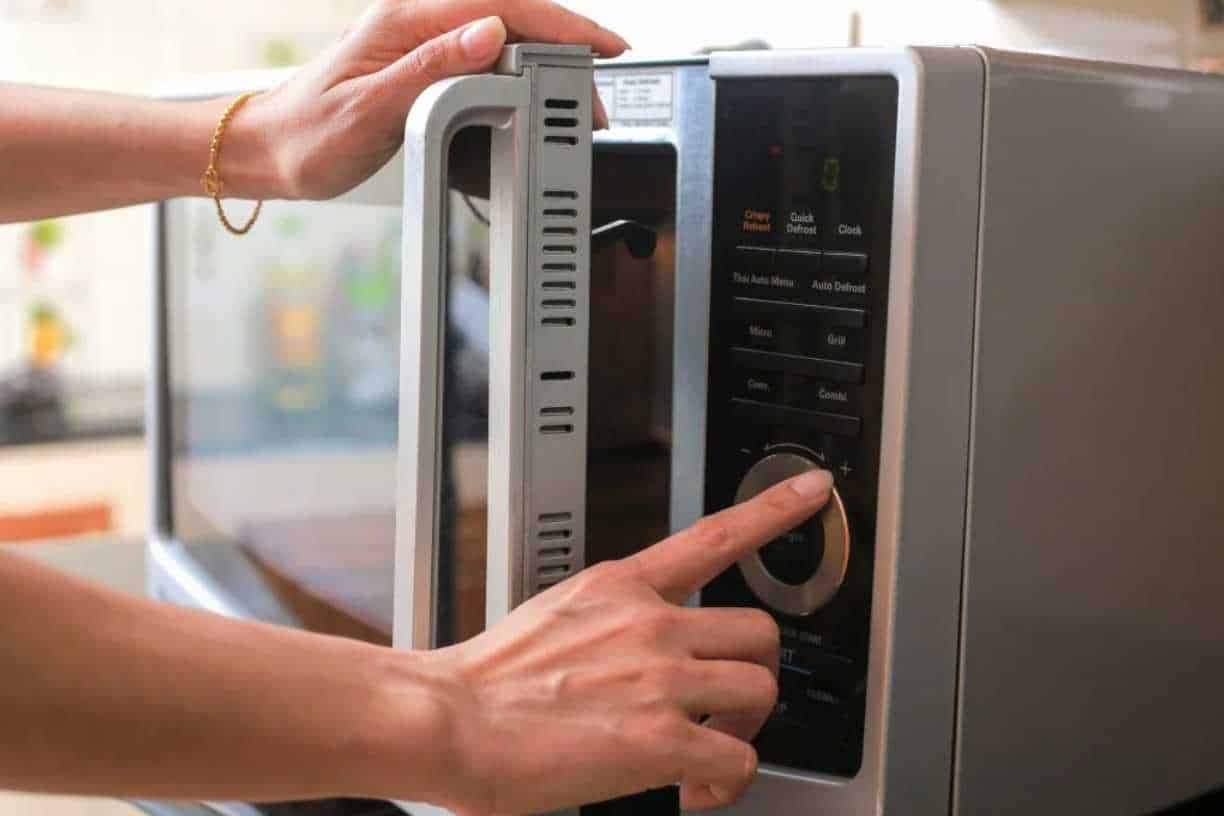 There are a few methods to use in preparing supermarket sushi. Keep in mind to keep the sushi frozen before you thaw it. Putting a slightly melted sushi tray in the freezer can cause bacterial growth.

The setting should be enough to thaw the ice but still leave your sushi chilled. If the sushi is still frozen, put it again in the microwave at fifteen-second intervals.

You can thaw your frozen sushi at room temperature. If your sushi is in a tray container, you can leave it in the room. After two to three hours, the sushi should be thawed and chilled.

If your sushi is in a carton box, you can get a plate and cover it. Don’t thaw the sushi in the open. The moisture from the ice will cause germination and bacteria to build up.

Thawing your sushi in the refrigerator is not recommended. The enclosed air and cold temperature can cause a build-up of germs. The moisture from the sushi will help the bacteria multiply fast.

Always prepare your sushi in the microwave or at room temperature. It will lessen the number of germs and bacteria.

You can also use the bath method to prepare your sushi. Place cold water in a bowl along with the container of sushi. After thirty minutes to an hour, the sushi can be eaten. 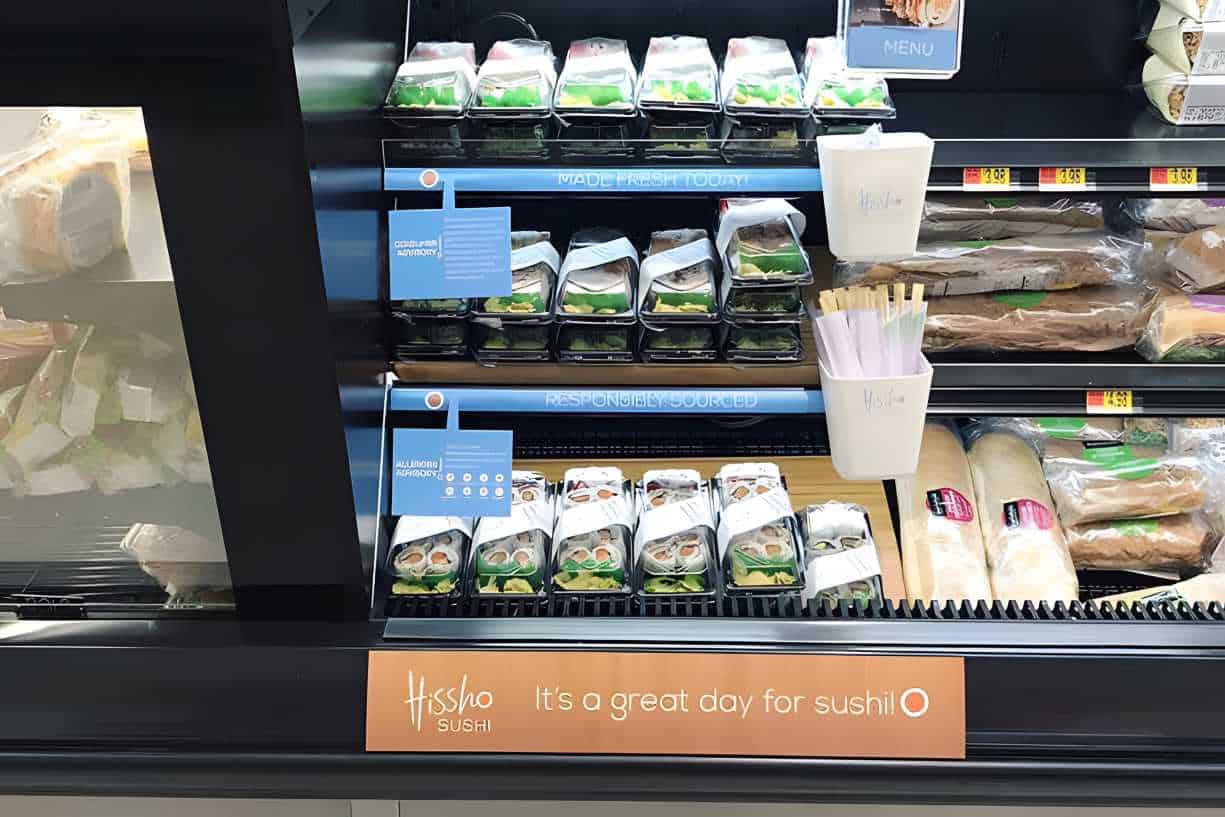 Sushi from Walmart has mixed reviews. As you can see from their website reviews, some are satisfied while others are not.

People with prior experience with authentic and fresh sushi might find the frozen stuff underwhelming. However, supermarket sushi can be a good substitute if you are running out of options.

A poll by Mashed concluded that Walmart has the worst supermarket sushi. According to the 636 US-based respondents, Walmart is bottom tier when it comes to sushi.

The choices also include other supermarket chains such as Kroger, Target, Costco, and Whole Foods. The same poll also concluded that Whole Foods has the best supermarket sushi.

However, some reviews from individuals gave the sushi a pretty high score. For example, these reviewers from YouTube gave Walmart sushi a sixty-nine and an eighty over a hundred. This review also seems to favor the taste and flavor of the sushi.

Many of the pre-packaged sushi has more low-quality ingredients. For example, sushi from Walmart does not include authentic crabmeat. The quality of vegetables is also greatly affected as they are kept at a lower temperature.

It boils down to taste and preference. Some people might want more fresh sushi made with authentic ingredients, while others are fine with the pre-packaged ones. 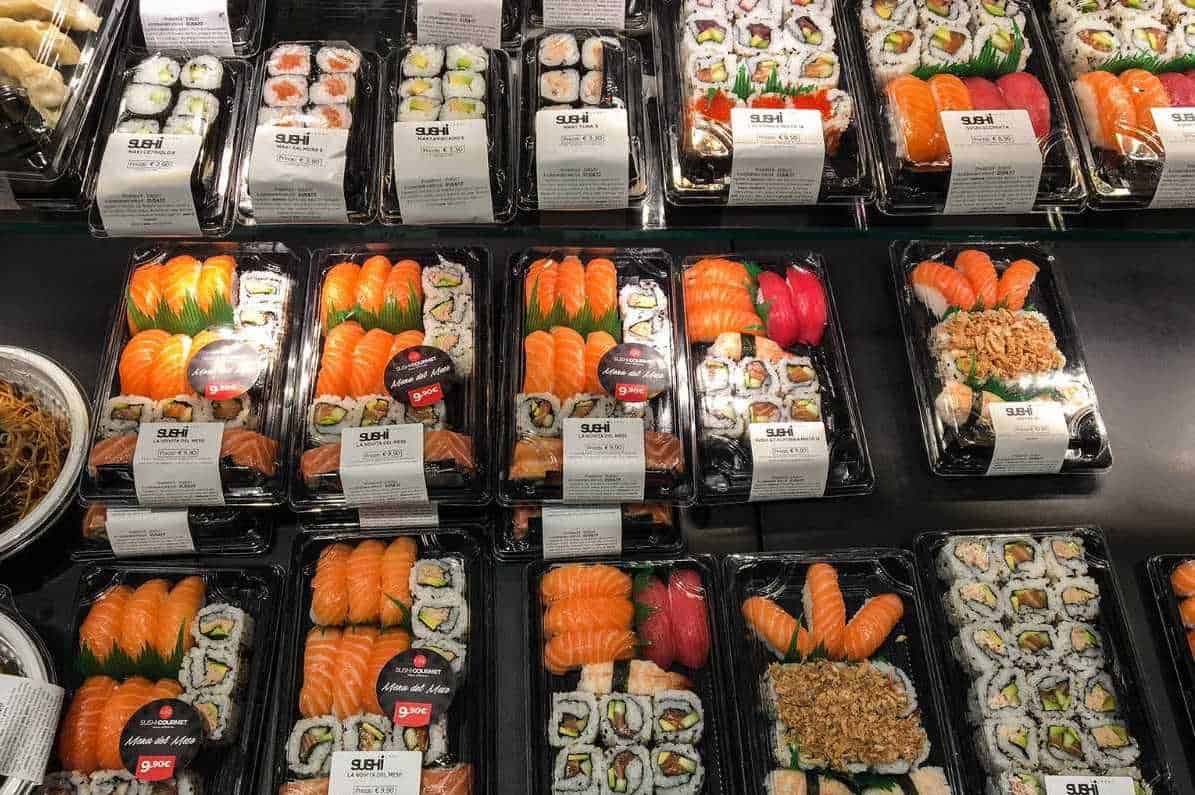 Sushi is commonly made within a regulated sushi bar or Japanese restaurant. Many people have qualms about getting it from the supermarket. Their fear ranges from contamination and other factors.

Many varieties of sushi contain raw ingredients. Fishes such as salmon and tuna can have existing parasites or bacteria. The contamination can cause different digestive problems, such as diarrhea or food poisoning.

With all of that said, is supermarket sushi safe?

The answer is yes. Most ready-to-go and frozen sushi brands are regulated to make sure that they are safe for consumption. However, they can still pose risks when not stored and handled correctly.

Although most buyers are concerned about raw fish, sushi rice poses risks. Rice can be a melting pot for germination. Bacteria such as Bacillus cereus can contaminate rice and cause sickness and stomach problems.

However, it’s a pretty rare case. As long as the sushi is in the proper sanitary conditions, it’s safe to consume.

It’s recommended to eat sushi as fast as possible. It will lessen the number of bacteria build up. The taste and texture of the sushi will also be far more outstanding than older and stored ones.

When eating sushi from supermarkets, there are some risks you have to look into. As stated above, there are still issues you can get from having supermarket sushi, such as:

Diarrhea is one of the tell-tale signs that you have eaten something that might cause harm to your body. It’s a way your body expels bacteria and germs. Diarrhea mostly solves itself in one to two days.

However, having constant diarrhea for three to four days can be dangerous. It can lead to dehydration, fatigue, and lethargy.

Sushi in unsanitary or improper storage can contain many bacteria. This bacteria can hijack your digestive system and cause many adverse effects. Diarrhea, vomiting, and loss of appetite are signs of food poisoning.

How to Properly Store Sushi from Walmart? 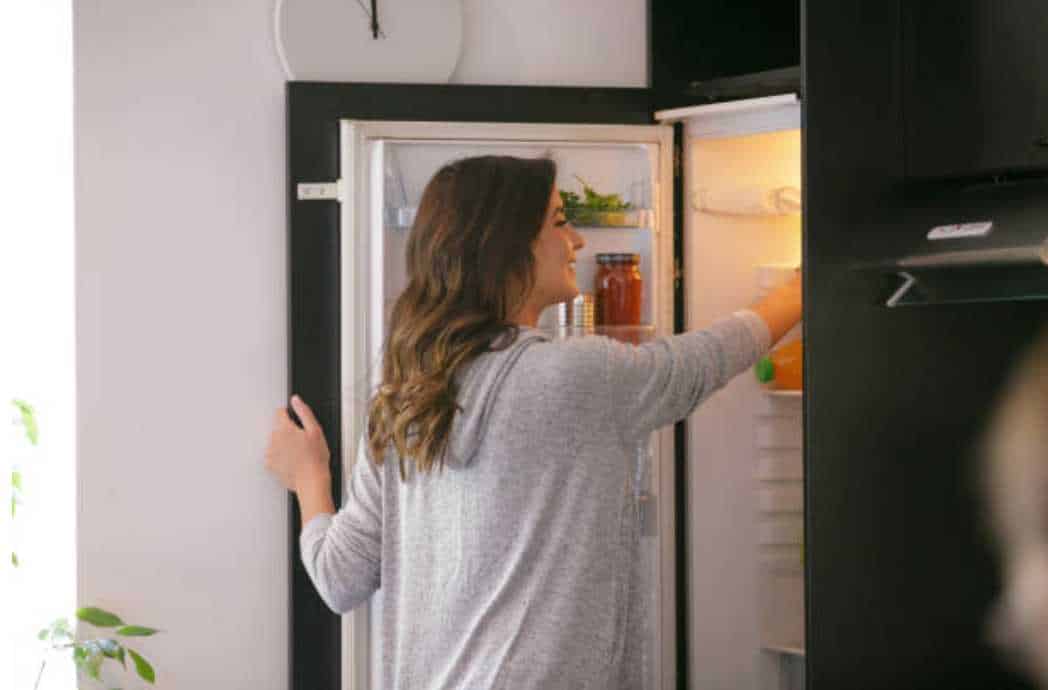 Most of the time, we don’t eat the food from our groceries immediately. Since sushi tends to spoil very fast, there are some ways you can properly store them.

The Freezer is Your Friend

Even though the freezer is not the best storage place, it’s the safest. The freezing temperature will keep the bacteria and germs from multiplying.

However, if placed for two to three days, it can compromise the taste and texture of the sushi. It may not be spoiled, but the rice sauce and vegetables might be severely affected.

It’s not recommended to store sushi in the refrigerator. The temperature is lower than the freezer, so it can’t slow the production of germs and bacteria.

Once the sushi has been thawed, you should consume it immediately. The moisture from the sushi can be a prime area for germs to multiply. It also spoils the sushi much faster than keeping it at a cold temperature.

Putting the thawed sushi in the freezer wouldn’t lessen the risk of adverse effects. You have an increased chance of having stomachache or diarrhea.

Leave Your Sushi in the Original Packaging

It would be best to leave your sushi in the original packaging as much as possible. Transferring it to a new container can cause airborne germs and bacteria contamination. The container you will use is not guaranteed to be sterilized. It can lead to more spread of bacteria.

Does Walmart have sushi? Yes, they offer various brands and varieties of sushi. Most customers have polarizing opinions and reviews when it comes to sushi. In the end, it’s down to your personal preference and taste.