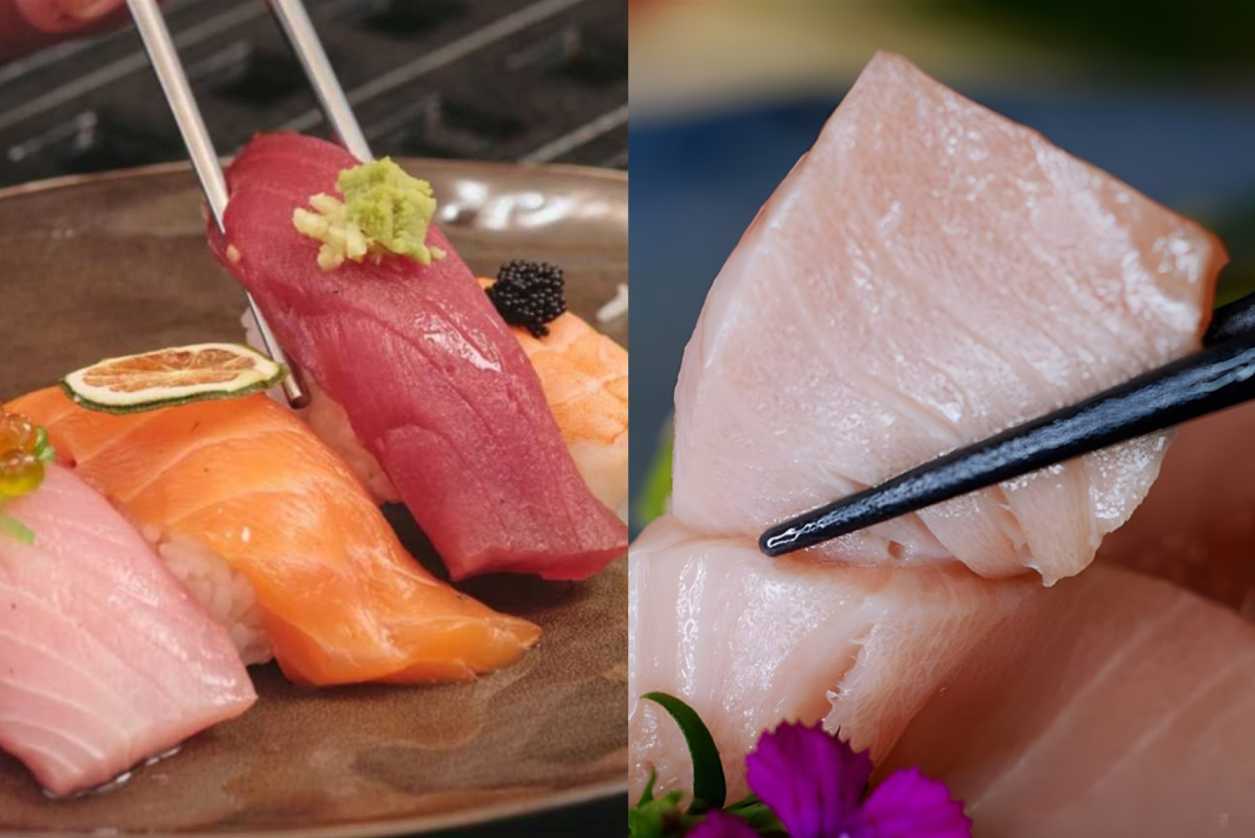 Everybody knows what sushi is. However, most people still confuse sushi with sashimi. Yes, they both are inarguably delicious Japanese snacks popular worldwide. But what is the difference between sushi and sashimi?

We’ve gathered all the information you need about the difference between those two dishes. We have everything laid out from its origin, taste, preparation, cost, and nutrition for you. So, if you are wondering what sushi vs. sashimi is all about, continue reading!

To differentiate the two, let’s first know everything about sushi. 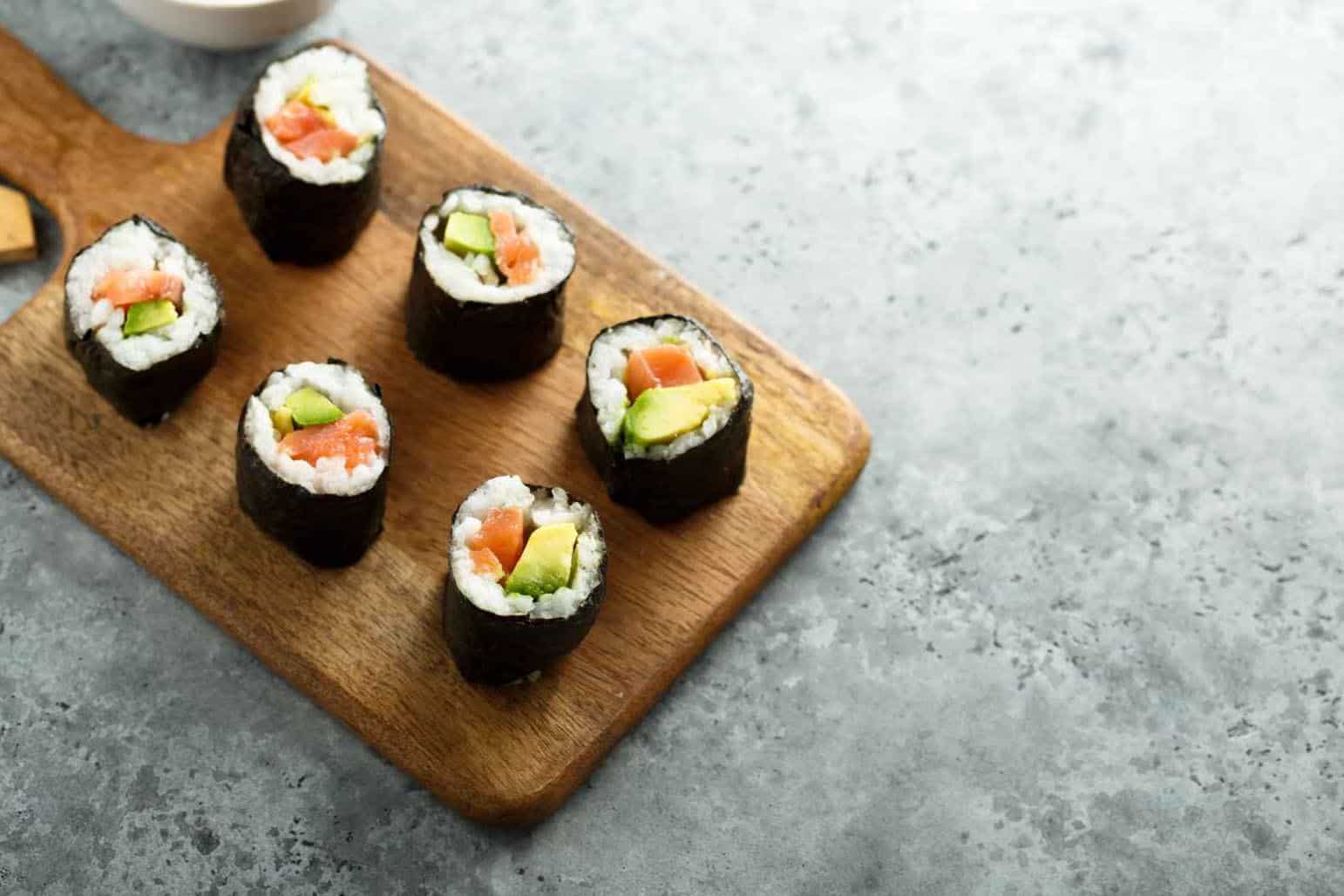 Sushi can be made with short-grain rice, medium-grain rice, regular white rice, or even brown rice. If you like to make your sushi healthier and cut some calories, using brown rice is an excellent choice.

Sushi is a versatile dish with various ingredients that can be played with to boost its flavor. Some of these ingredients include seafood and vegetables. The most common ingredient in making sushi, other than sushi rice, is nori. Nori is a dried sheet of seaweed usually made to wrap a sushi roll.

There are also many types of sushi. They are classified according to the technique of preparation. The following are the main types of sushi: Nigiri sushi, also referred to as Nigirizushi, is a type of sushi with vinegared rice topped with a thin slice of seafood. These two are the essential ingredients in making Nigiri Sushi. Nigiri is considered the simplest, if not one of the most simplistic, types of Japanese sushi. Unlike Nigiri Sushi, Maki Sushi uses a sheet of seaweed wrapping vinegared rice and different fillings. Maki Sushi is rolled into a tube and is further sliced evenly into bite-sized pieces. Maki Sushi translates to “to roll.” Another type of sushi is Uramaki, considered an “inside-out” sushi. Uramaki is called “Special rolls” and “inside-out sushi” because rice is used to wrap the sushi roll instead of a seaweed wrap. A sushi chef in Los Angeles created this type of sushi. Among the most common types of sushi, Temaki is considered the unique one. It is a “hand-rolled” cone of sushi stuffed with sushi rice, fish, and fillings. Chirashi Sushi is lesser-known compared to the other common types of sushi. It presents a bed of rice sprinkled with delicious toppings like shrimp. If you think about it, sashimi is not a type of sushi because sashimi has no sushi rice.

Sashimi is primarily a delicacy of thinly sliced meat. It can be fish, beef, chicken, and other types of meat. Loosely translated, sashimi means “pierced body.” The other types of seafood you can use for sashimi are mackerel, hamachi, yellowtail, and bluefin tuna.

Sashimi is not eaten with accompaniments. It is served plain, with soy sauce for dipping or wasabi if you like to keep it spicy. Eating plain sashimi allows you to focus on the flavors of the meat. Sometimes, sashimi is also served with shredded daikon and shiso leaf garnish.

What is the difference between sushi and sashimi?

Now that you know what sushi and sashimi are, your next question’s probably “what is the difference between sushi and sashimi.” The answer to that is simple, but many people are still confused.

Sushi rice is a seasoned type of rice. It is flavored with vinegar. Sushi contains sushi rice. Sashimi does not have sushi rice in its ingredients.

Unlike sushi, sashimi is served plainly. It does not need other ingredients like seaweed or vegetables. Because no other complex ingredients are added, sashimi allows the flavors of the meat to stand out.

Meanwhile, sushi contains a variety of ingredients. Sushi can have vegetables like cucumbers, avocados, and carrots. Sushi can have fresh fruits, too! The fruits you can include mangoes, kiwi, pineapple, strawberries, and blueberries.

Most types of sushi also need nori, a sheet of seaweed wrap. Nori is used to hug the sushi rice and the different fillings inside.

Another difference is the preparation. Sushi requires rolling, while sashimi does not. Sushi is served in thin slices of rolls wrapped in seaweed or flavored sushi rice. While sushi is known to have sprung in Japan, sushi originated from a Chinese dish – the narezushi. China’s narezushi had fermented rice and salted fish as its primary ingredients.

But interestingly, the fish was not salted to add flavor. It was seasoned to preserve the fish because refrigerators were not present then! The rice was used to wrap the preserved fish, too.

As you may have observed, the narezushi was a practical meal. It only required salt and rice to prepare. Hence, it became popular and spread from China to Japan in 718.

Then, the dish evolved since. The ingredients, preparation, serving, and dining were improved. It took not so long before sushi became popular across the globe.

It was in the early 1900s that sushi was introduced to the West. Sushi gained more popularity after World War II. In the 1960s, many sushi restaurants opened in the United States, and other types of sushi, like the California Roll, rose to fame.

And in the same era, Sashimi was introduced to the United States, where the first sushi restaurant named Little Tokyo in Los Angeles opened its doors to diners.

Is sashimi healthier than sushi? Sushi contains higher carbohydrate content and fiber than sashimi because sushi uses rice, seaweed, and vegetables. Meanwhile, sashimi has solely raw meat, fish, or other seafood. Hence, sashimi is an excellent source of protein and fats good for your heart.

One piece of sushi contains 37 calories, and one serving, around 125 grams, has 179 calories.

Each ounce of sashimi-style raw fish has around 25 to 40 calories. So from a calorie standpoint, sashimi is a better choice than sushi for those who want to try to lose weight.

Is sashimi better than sushi?

The answer to this question depends on your preference. If you prefer to have a flavorful meal, sushi is a better pick. Sushi uses a variety of ingredients with lots of flavors to burst in your mouth! You can enjoy sweet-umami tastes of vinegared sushi rice, delicious avocado, crunchy cucumbers, and fresh mangoes.

If you like to have a simple and healthy meal, choose sashimi. Sashimi is made up solely of raw meat or fish. So if you want to eat sushi without the carbohydrates of rice, you should pick sashimi.

Is sashimi more expensive than sushi?

Sashimi costs more than sushi. It’s because sashimi uses fresh fish, seafood, and meat which are more expensive than the ingredients of regular sushi. The average cost of sushi is $9 to $33, and a serving of bluefin tuna sashimi is around $40.

Sushi vs. Sashimi: A tabular difference

Here’s a summary of the difference between sushi and sashimi to help you understand more:

And there you have it – lots of answers to your question, “what is the difference between sushi and sashimi.” These two insanely delicious Japanese dishes have become more popular worldwide. Variations of sushi and sashimi are rising here and there, and knowing their difference is an excellent start to getting into these dishes.