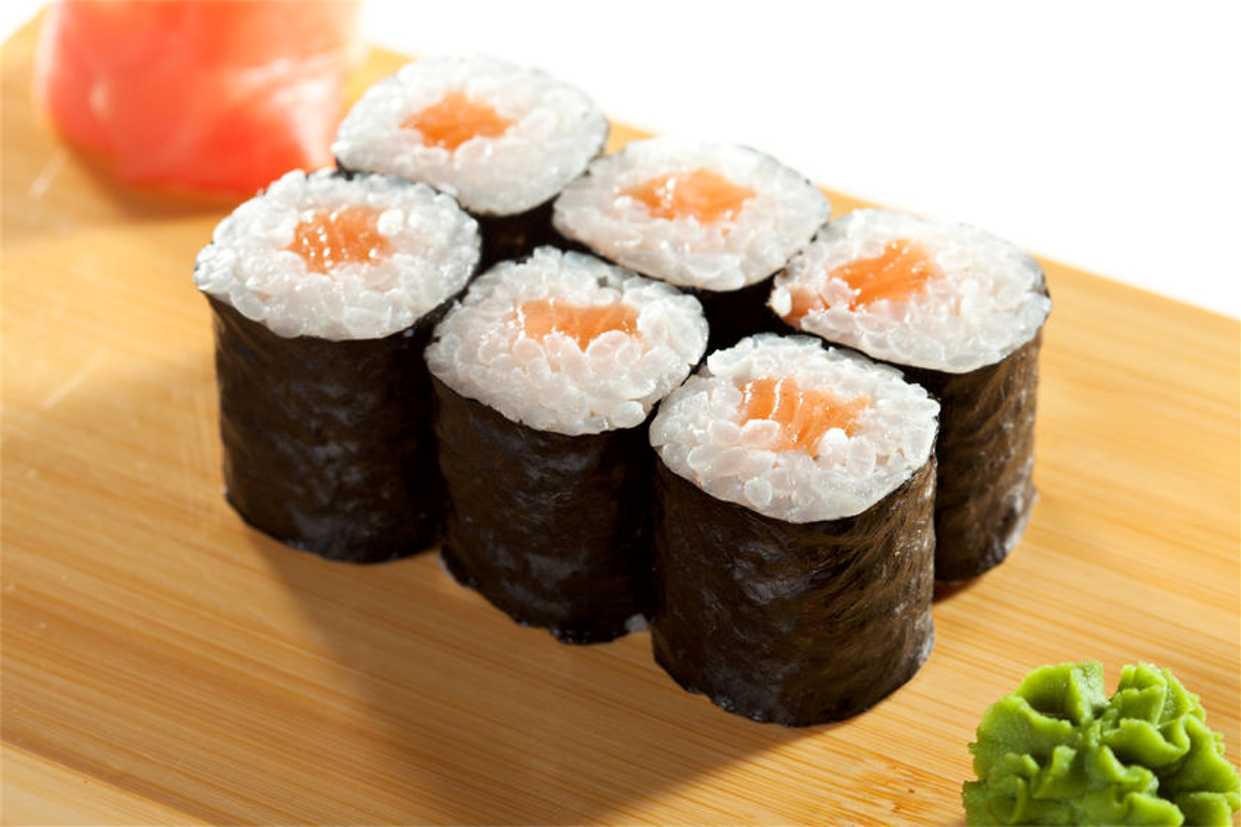 Sushi has been a staple in the modern food culture due to the different flavors and great tastes. The dish moved past its roots in Japan throughout the whole world. With that said, people with gluten intolerance or celiac disease only have one thing in their mind: Is sushi gluten-free? Gluten is the chemical you can find in different gluten sources such as flour, wheat, oats, and barley. They are mostly found with long-grained cereal plants. Gluten is a combination of two proteins, prolamin, and glutelin.

This chemical can be found in common kitchen ingredients such as flour, starch, and whole wheat. They are commonly used as a binder and a primary component of condiments such as soy sauce and white vinegar.

Although most people are free to consume gluten, those with gluten intolerance and celiac disease will have a more challenging time processing this chemical as their immune response is triggered when digested.

Consuming it might even have many adverse effects on them, such as organ damage and gastrointestinal problems. Yes, most traditional variations of sushi are gluten-free.

Conventional sushi rolls such as nigiri sushi and uni sushi are gluten-free as they are made with three essential ingredients: vinegared rice, raw seafood, and dried nori sheet. With that said, there are some risks when eating sushi, especially if you consume it from restaurants and sushi shops.

Various ingredients and accompaniments can contain gluten. Cross-contamination is also a high risk as most sushi place uses their sushi mat and knives throughout their operation with minimal cleaning.

These are commonly present in western cuisine, especially in the United States. They made many famous variations of modern sushi rolls, such as California maki, Boston rolls, and Philadelphia rolls. Unfortunately, some of these variations can contain gluten; read further to know more.

What Ingredients in Sushi Contains Gluten? As stated, sushi is often gluten-free. However, some ingredients might be hiding gluten in plain sight, such as:

Vinegar is a primary part of any sushi. It gives the sushi rice its distinct savory taste and the hit of sourness. Most of the time, traditional sushi shops use rice vinegar, a gluten-free product.

However, some chefs use white vinegar as it can be cheaper and more accessible. White vinegar contains wheat which is a gluten carrier. The sushi roll is not gluten-free if white vinegar is used instead of rice vinegar.

Wasabi is a common side and accompaniment to sushi rolls due to its earthy and spicy flavor. Unfortunately, most restaurants do not use real wasabi as it’s pretty pricey. They often use imitation wasabi that might contain starch or wheat as a binding ingredient.

Imitation crab meat or surimi is a fish-based product meant to imitate the taste and texture of crab meat. One of its distinct features is the red or pinkish stripes present on the top of the meat strips. Real crab meat is purely white without any blemishes or red streaks.

Unfortunately, imitation crab meat is often bound with starch products to maintain its shape. This ingredient is mainly used for the famous California maki, so look out if you order this sushi variety.

Most sauces that are used as an accompaniment or marinate often contain gluten. They can be found in soy sauce, eel sauce, and teriyaki sauce. Spicy mayo is usually gluten-free, but some added spices such as soy sauce can cross-contaminate it with gluten. Fortunately, some sushi restaurants offer gluten-free alternatives.

Since not all people are fond of sushi’s raw ingredients, fried and poached varieties have risen. The tempura sushi roll has garnered its fair share of customers due to its crispiness and crunchy texture. It also combines two critical parts of Japanese cuisine: tempura and sushi.

Unfortunately, most tempura batter is often made with flour and starch-containing gluten, making it not safe for people with a gluten-free diet.

How does Gluten get Into Sushi? Since most of us order our sushi outside, there is room for cross-contamination. Materials such as knives, sushi mats, and gloves are often used between different sushi rolls without cleaning in between.

If you go to the traditional sushi bar, they often serve their sushi with the chef making it in front of you. You can also ask the chef to make your sushi with a fresh batch of tools.

Most of the time, cross-contamination is highly unlikely, especially if the place is a traditional Japanese sushi bar that serves raw uni or maki roll.

However, contemporary sushi restaurants often serve California maki or tempura sushi rolls; both types of sushi are not gluten-free, so make sure you keep an eye on both. You can also choose a restaurant that provides gluten-free sushi rolls to enjoy your sushi without any risk. There are many kinds of sushi that you can choose from if you are on a gluten-free diet, such as:

Traditional tuna and salmon nigiri have three significant ingredients: vinegared sushi rice and raw seafood. Other elements such as nori are primarily optional and contemporary addition. As long as the chef uses rice vinegar, most nigiri is gluten-free.

The Boston roll is a perfect gluten-free option for shrimp lovers. It contains avocado, cucumber, and poached shrimp and is topped with nori, Masago, and tobiko fish roe.

However, keep in mind that this dish has tempura varieties that are not gluten-free. You are in for gluten-free shrimp sushi as long as you have the Boston roll’s original version.

This sushi roll is perfect for those who want cheesy and creamy sushi. Philadelphia or Philly rolls have four essential ingredients: salmon, avocado, asparagus, and cream cheese. None of it has gluten or starch involved.

Uni sushi is one of the priciest sushi due to its primary ingredient, sea urchins. The raw meat of the sea urchin is placed on top of the vinegared rice. None of its components have gluten.

For gluten-free and smoky sushi, you should try out the Alaskan roll. It contains smoked salmon, avocado, and asparagus. However, it’s often topped with teriyaki or soy sauce. You can inform the chef and have a smoky Alaskan roll without gluten-free sauce.

As you might notice, most of this sushi is traditional to Japanese cuisine. They are often raw and came from the olden times.

Types of Sushi with Gluten

Unfortunately, not all sushi is gluten-free. Here are common types that contain gluten that you will need to keep in mind,

Tiger Roll is often made with tempura shrimp, avocado, cucumber and topped with fish roe. It’s usually listed as a crispier variation to Boston rolls. Unfortunately, this crisp and creamy shrimp sushi roll is not gluten-free due to the tempura batter.

California roll is one of the most popular modern variations of sushi. It’s often characterized due with its crab meat filling. However, most restaurants and shops use imitation crabmeat as the real ones are incredibly pricey.

Unfortunately for California maki lovers, this particular type of sushi is not gluten-free since most sushi restaurants use imitation crab meat containing starch.

Any sushi marinated with teriyaki, eel sauce, and regular soy sauce is not gluten-free. These ingredients contain wheat. However, some restaurants have a gluten-free soy sauce option handy for people with a gluten-free diet.

How to Make Your Sushi is Gluten Free Gluten can be contained by many ingredients when t comes to sushi rolls. However, you can take various steps to ensure that you eat a gluten-free sushi roll.

Checking the restaurant’s website ahead of time will ensure that they have safe gluten-free options. This is especially important for various accompaniments such as wasabi and soy sauce which contains wheat and starch.

Saying your concern to the sushi chef is also an option since most of them have specific guidelines and safety protocols for food allergies and intolerance.

If no nearby sushi place offers these options, you can even make your gluten-free sushi in the comfort of your home. Many recipes are available online to try, and the tools and ingredients are very affordable.

Finding the proper sushi when you have dietary limitations can be challenging. We hope this article can guide you in your next sushi endeavors and answer the question: Are sushi gluten-free?