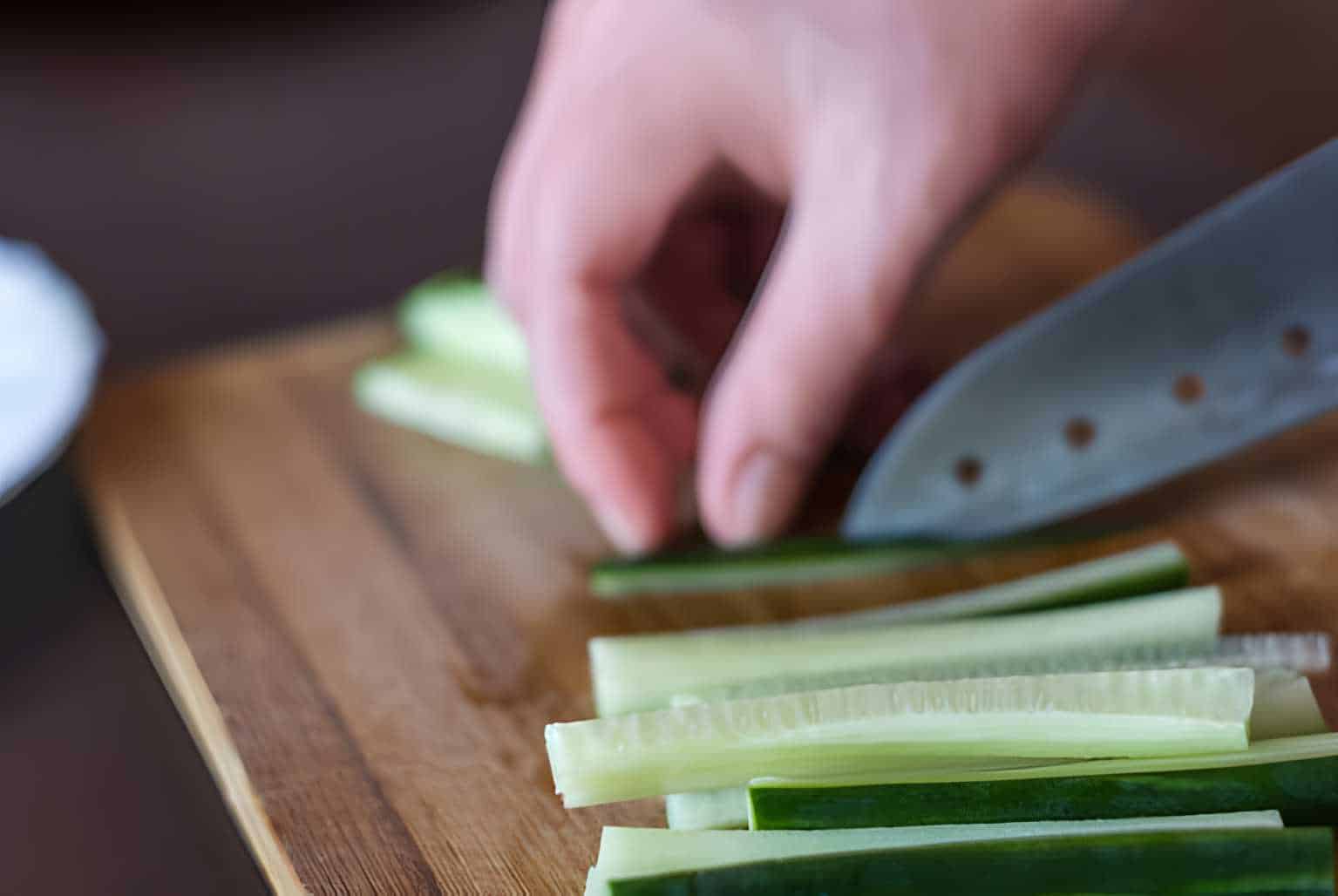 Indeed, sushi is the first thing that comes to mind when thinking about sumptuous Japanese delicacies. With its taste of freshness, everybody would have a delightful bite after eating this traditional, authentic dish from Japan.

Tokyo, the country’s capital, is home to the world’s most excellent sushi places. Nonetheless, sushi is not just a mix and match of ingredients like nori or seaweed, rice, and fish.

One of the prime ingredients in bringing to life this Japanese meal is no other than cucumber.

In this ultimate guide, you will discover how to use cucumber in making sushi. We also collect some easy tips for you on cutting cucumber for sushi rolls. Now, jump in, and let’s start.

Cucumber as a Prime Ingredient of Sushi 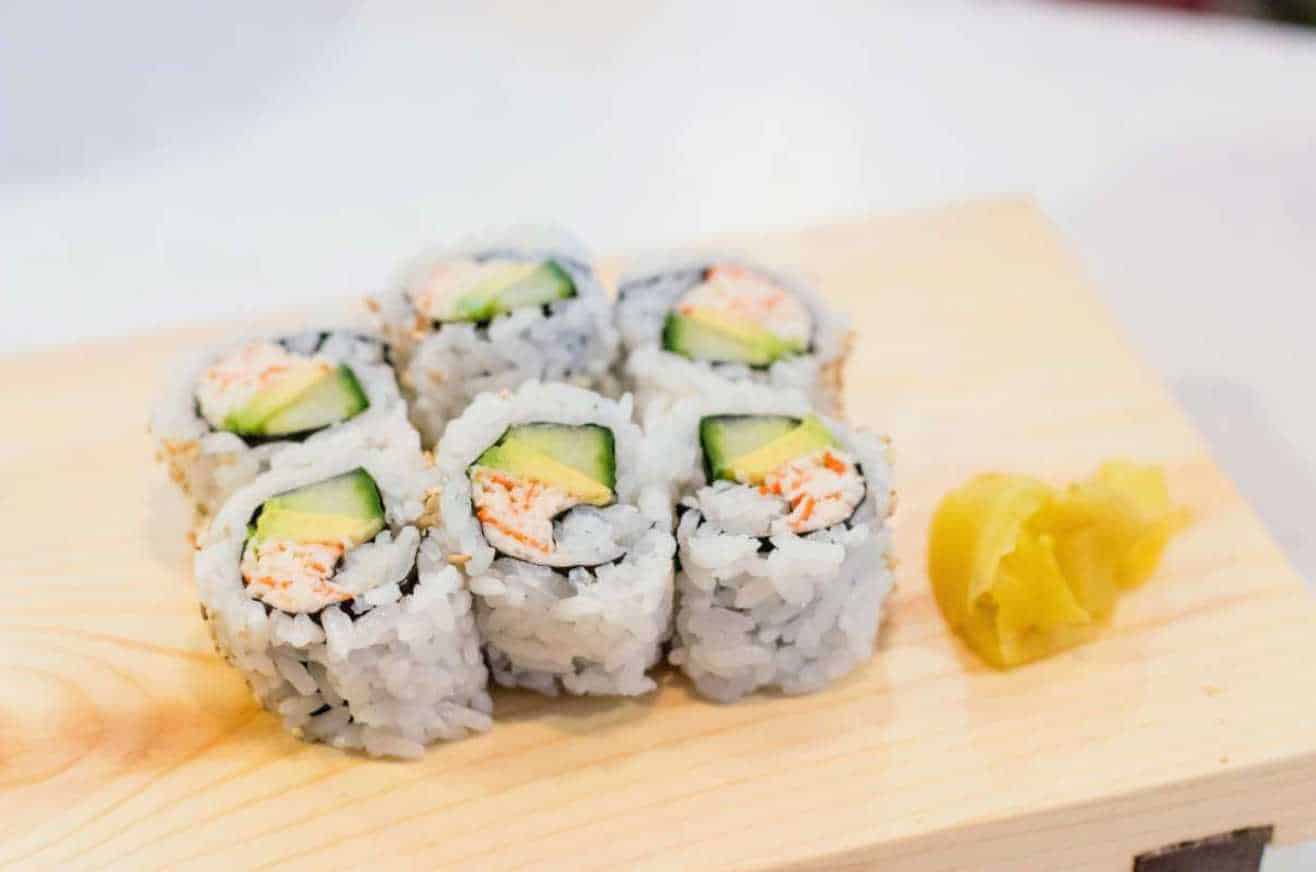 A Japanese menu would not be complete without sushi’s classic and authentic culinary delight. Sushi has been quite famous for both Japanese and foreigners alike.

And as we all know, cucumber is at the heart of every sushi roll, whether traditional or classic sushi roll, Californian Maki, and Kappamaki.

Cucumber is an exquisite and ultra-fine ingredient for every sushi. It spices up the taste and adds a delightful texture to this Japanese dish.

Where Did Cucumbers Originate?

Cucumber is an all-around fruit that chefs use in many culinary dishes. It is a cylindrically shaped fruit with a rough texture. Cucumbers are the ultimate ingredient for different meals like salads and sushi in this modern world.

Many believe that cucumber originates from India. They are available in different kinds and sizes, traded, and cultivated in worldwide markets.

What Are the Varieties of Cucumber? 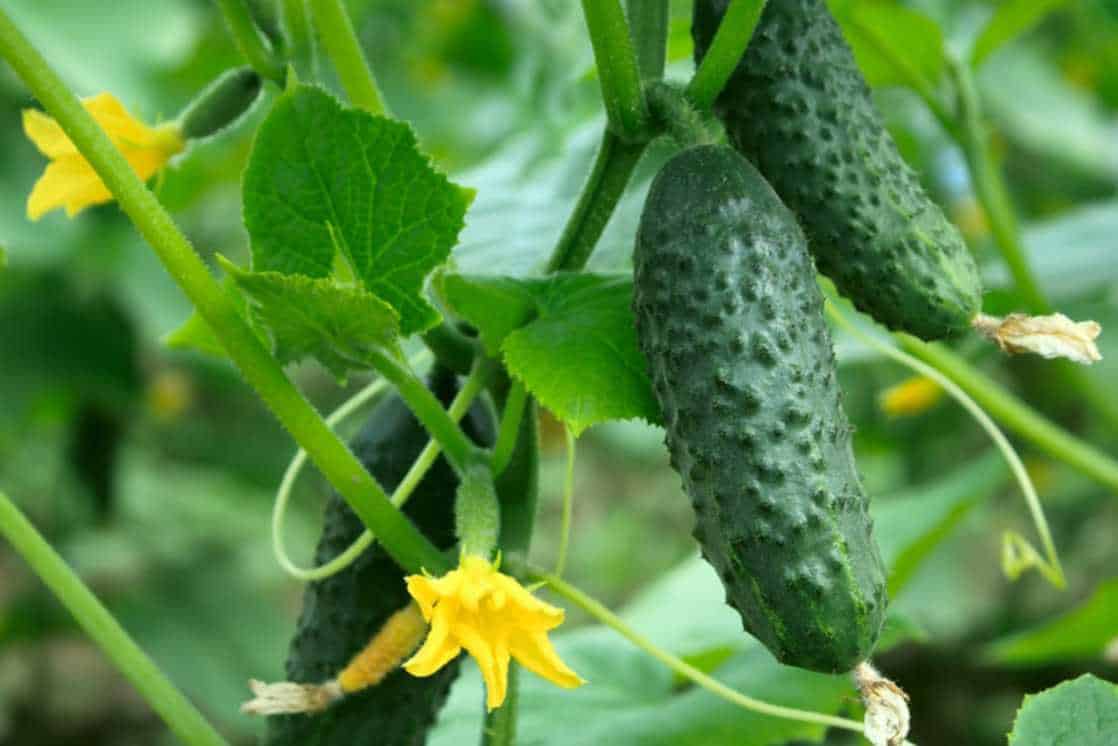 There are three common varieties of cucumber: burpless, pickling, and slicing. Burpless types are typically seedless and thin-skinned. You would not find any bitter taste in this cucumber.

The second type would be pickling. These are shorter cucumbers that are only 6-inch long. On the other hand, the slicing type is always used in sushi rolls, salads, and sandwiches. They are much longer in size and usually 12-inch long.

How to Cut Cucumbers for Sushi? Here are the Five Easy Steps

Now you know that cucumbers go hand-in-hand with sushi. If you are only a first-timer or already a pro, you can relate that making sushi is quite a challenge.

Creating sushi is like an art. It requires style and precision on how you will cut the vegetables or other ingredients like the cucumber.

Because of this, over the recent years, sushi lovers and makers have developed a cutting method for cucumber. This method has been used until now. Today, we will teach you the cutting method.

But before you go on in cutting cucumbers for your sushi, you may want to prepare basic stuff like a cutting board, peeler, and a sharp knife.

If you follow these quick steps religiously, congratulations! You will soon cut cucumber and make sushi like a pro. 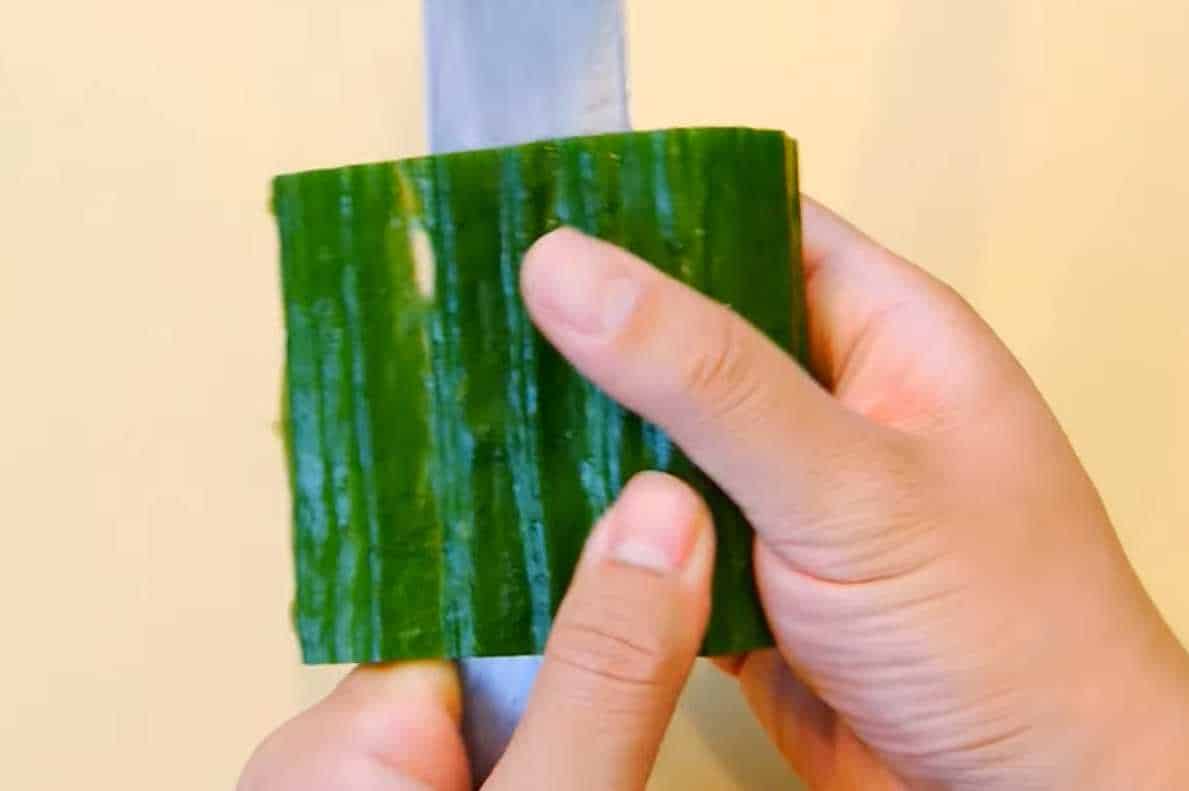 Before you begin cutting the cucumber, it will be beneficial if you get water to lubricate the knife.

After this process, you can begin by peeling the cucumber first. Just trim both ends of the cucumber and use a vegetable peeler to strip the cucumber into long strips.

But this method is only optional. You can strip the skin of the cucumber or keep the peel. It depends on you.

Step 2: Split the Cucumber in half 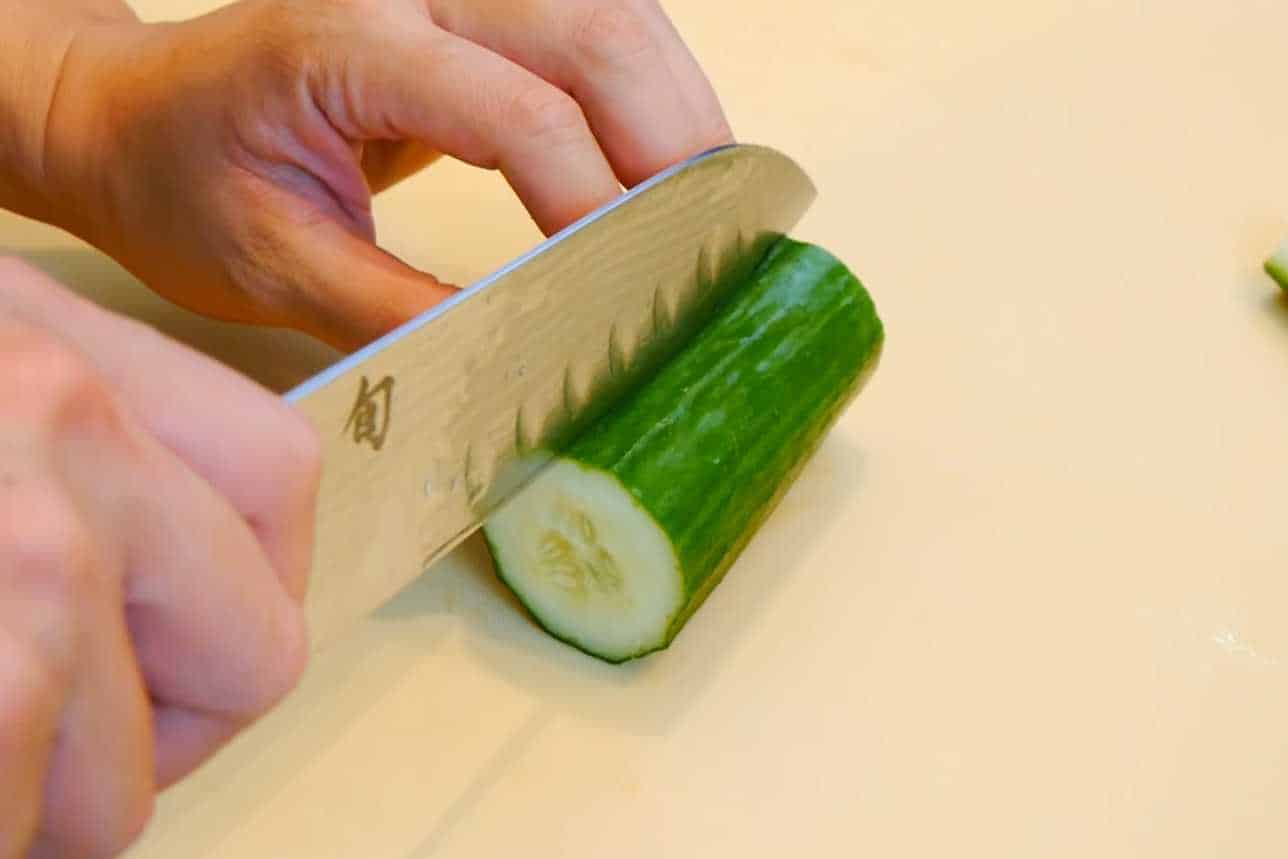 After you peel the cucumber, proceed by splitting it in half and cutting it right in the middle so you can have two pieces of it. Hold the cucumber tightly using one hand, and then skin it with your other hand.

Remember that you need to do this in a long, slow, rotating motion. Plus, try to split the cucumber as evenly as possible. After, gently remove the seeds inside the cucumber using a spoon.

Step 3: Take out the cucumber core 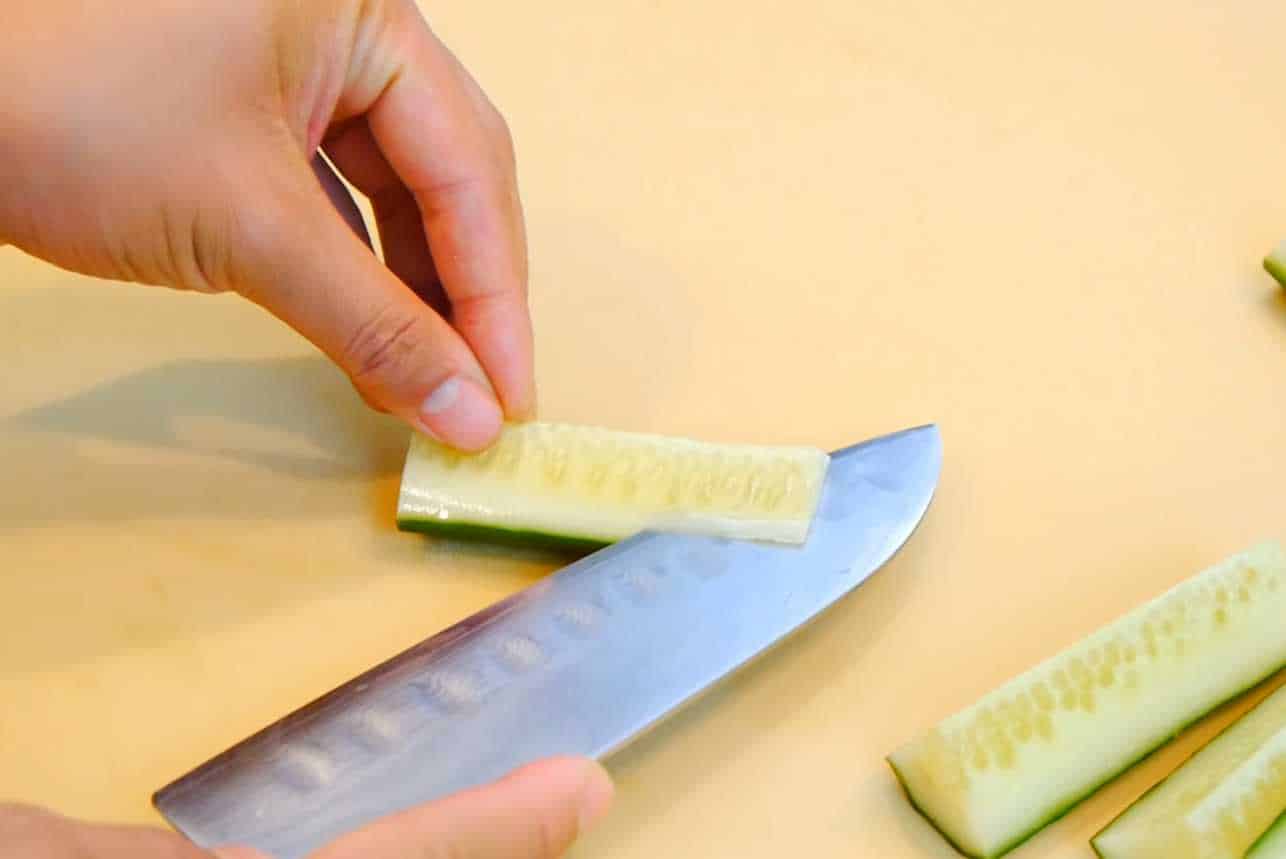 Now we assume that you have two halves of cucumber in your hand. Using a sharp knife, take out the cucumber core slowly and evenly.

While it may appear unrelated, taking the core is essential since you will split the cucumber into sticks later. When you can take the core evenly, it will be easy to have cucumber sticks.

Step 4: Split the Cucumber into sticks 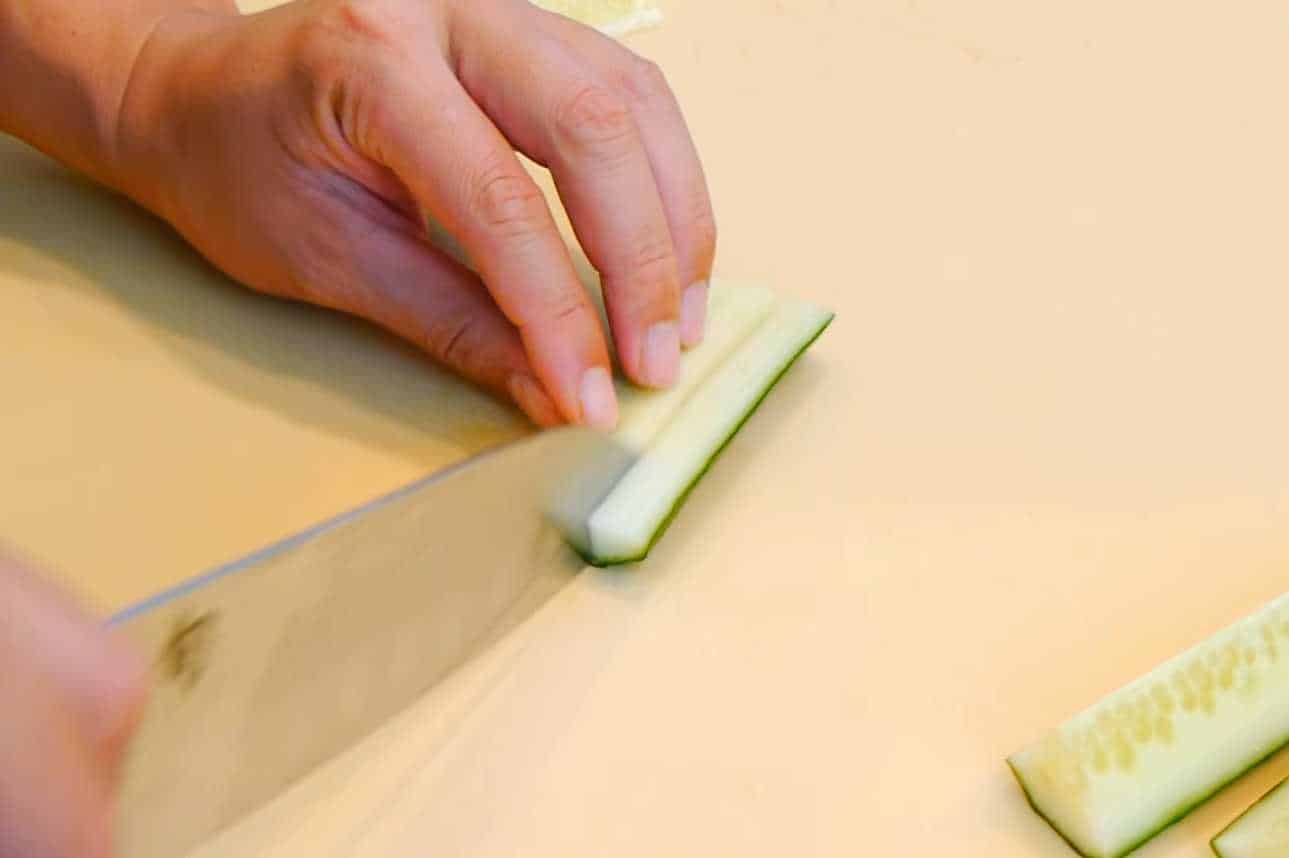 The next step is that you need to face the cucumber down. With a sharp knife, cut the cucumber around ½ cm thick sticks.

Once you are done with this, hold the sticks altogether, and cut the excess if there’s any. Cutting the ends is crucial to ensure that all the cucumber strips are the same length.

The preferred length would be ½ the nori sheet. Nonetheless, this is only optional. Some people only prefer this because they do not want a thick taste when eating their sushi.

Want to know more about how you can cut cucumbers and make sushi at home? Watch this video tutorial.

What Are the Different Ways to Cut a Cucumber for Sushi Rolls?

Sushi bars found across the globe would teach us that there are different ways to cut cucumber for sushi rolls. The most common and easiest way is through the Julienne way. The Julienne way is also called the half-roll, medium-sized cut.

The thick and extended version is another way to slice the cucumber using the Batonnete method. Finally, there is what we call the Fine Julienne. Fine Julienne is the traditional and classic Japanese version with more minor and thin cuts.

How to Cut Cucumbers Using the Julienne Way?

How to Cut Cucumbers Using the Batonnete Way?

What Are the Kinds of Cucumbers Used in Making Sushi? 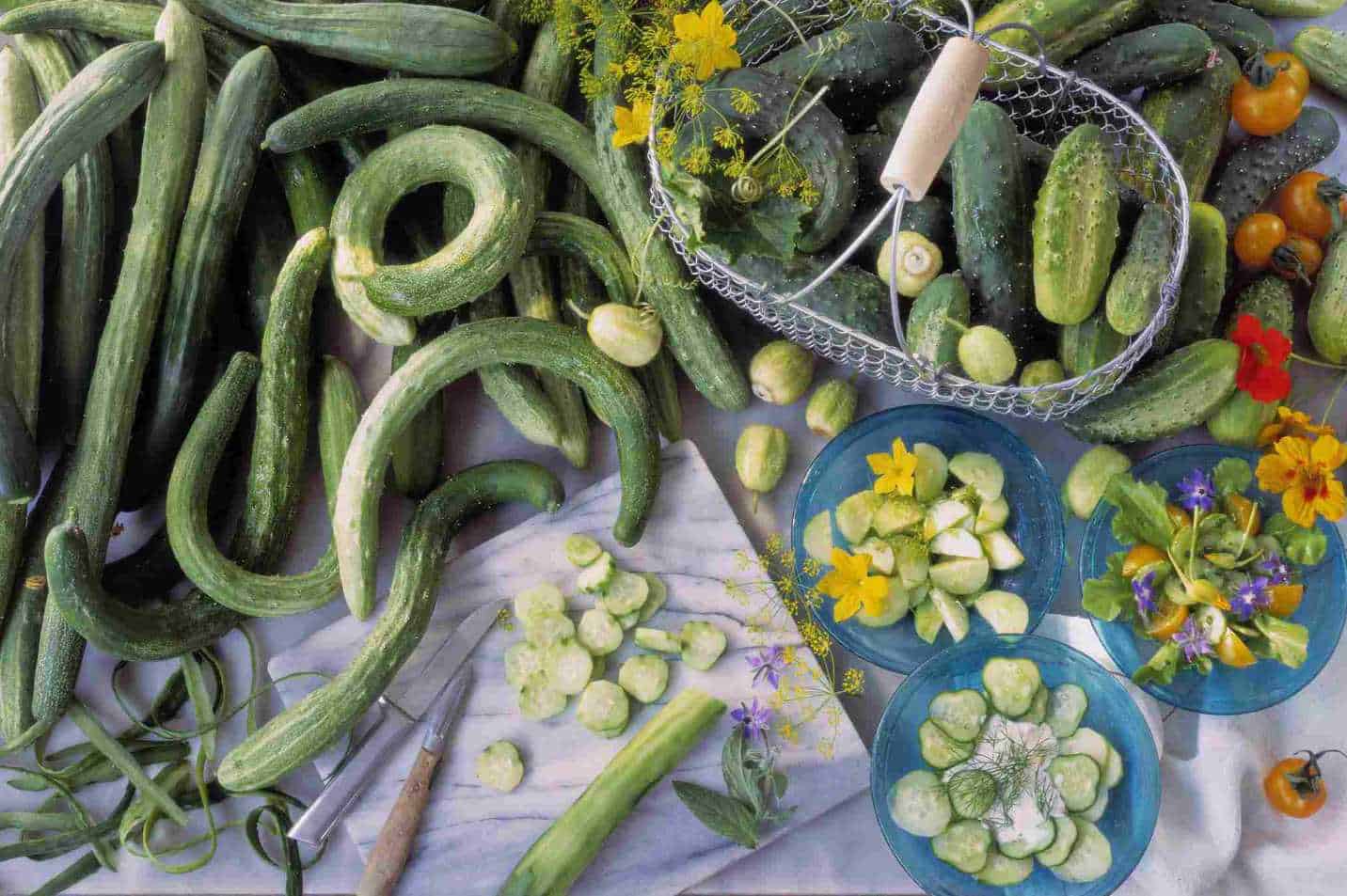 A lot of choices for cucumbers are available for making sushi. What you will be using depends on your taste, preference, and style. But look! Here we collect the top three most popular cucumbers for sushi.

Japanese Cucumbers are cylindrical, thin-skinned, long, and slender. Unlike other cucumbers, Japanese cucumbers are excellent ingredients for sushi rolls since these fruits do not have developed seeds or bitter taste.

The Japanese preferred this since they are delicious to eat and easy to handle. Plus, Japanese cucumbers are almost the same size as Persian cucumbers and English cucumbers.

This cucumber is also mild, almost seedless, and has thin skin. So, when it comes to making sushi, it is no doubt that English Cucumbers are typically used.

On top of that, you can easily cut English almost to the same size as the sheet of nori.

Unlike English or Japanese Cucumber, Persian Cucumber is much smaller in size. In addition, they have thin skin, a much smoother exterior, and fewer seeds.

When you take a closer look, you will notice that they are narrower with a mild taste and crisp interior.

Suppose you cannot find a Japanese or English Cucumber to make sushi. If that happens, Persian Cucumber would be a fantastic substitute.

What is the Best Cucumber for Making Sushi?

Some of these undesirables are tough external skin, bitter taste, and giant, undeveloped seeds.

Most chefs prefer English Cucumbers for sushi because they are much easier to work with. Plus, these cucumbers are usually straight, and the skin is delicate and thin.

Further, compared to other types of cucumber, English Cucumbers are more consistent in taste.

Now, you might be thinking that making sushi is a bit complicated and tricky. After all, sushi is about style, precision, and perfection. But do not beat yourself up too hard.

The great news is that you can make your perfect sushi at home by following wholeheartedly the steps we provide for you. Eventually, you will be a pro at making sushi. So, what do we have here? Start rolling on your sushi!