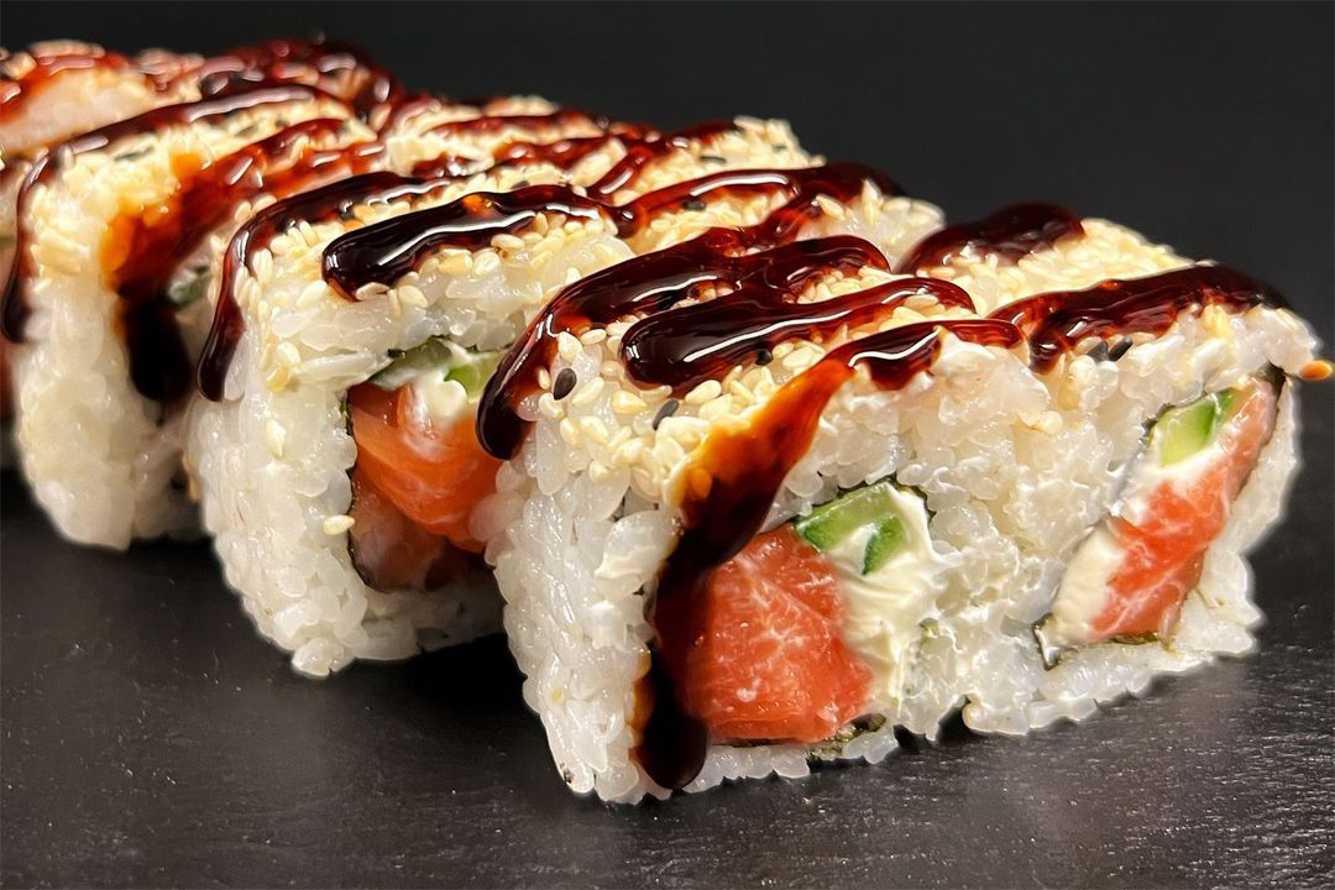 One of the best ways to stay healthy while enjoying good food is to know what goes in our system. However, not all information is readily available to us. There are a few, though. One of those is the calorie count.

If you are a big fan of sushi, you might wonder how many calories are in sushi rice. Well, we could help with that! Today, we will answer this question and let you in on so much more. If you are ready, let’s dive in!

What is Sushi Rice? First, let’s discuss what sushi rice is. Sushi rice is short or medium-grain rice. Often, it is of the Japanese variety. Sushi rice has more starch compared to others, making it stickier than others.

As you might have guessed, that’s why your sushi doesn’t easily crumble when you pick it up.

Sushi rice is not only rice, though. When we say sushi rice, often, we are talking about short or medium-grained rice seasoned with vinegar, sugar, and salt. As you can see, that is the secret to why sushi rice tastes so good!

Now we know we are on the same page. We can now delve deeper!

How Many Calories Are in Sushi Rice? Approximately 100g of sushi rice would have around 130 calories. However, allow us to emphasize that this is only an estimate. It could still go up or down. If you ask around, chances are you would get different numbers. Let us explain why.

Earlier, we said that when we talk about sushi rice, it is often about more than just rice. There are other things in there. Often, sugar, salt, and vinegar are also in the mix. We also have to account for these things, then. However, it doesn’t end there.

Other times, there is more. Some might also use some honey and oil, to name a few. The most basic sushi rice would include vinegar, sugar, and salt.

However, as you might already know, cooking could be a creative outlet. The sushi rice recipe has been reinvented in many different ways already. There are tons of sushi rice recipes out there today.

Ultimately, we would have to consider the person who made it and the recipe followed.

As you can guess, the preparation of the sushi rice would tell how many calories a cup of sushi rice is.

Also, it might be ideal to note that people have different cups. When it comes to measurements such as this one, many often give numbers by the cup.

That is another reason you might get various answers. You want to make sure you take note of the unit to make sure the answers are on the same page. We now know how many calories 100g of sushi rice has. How do we make better sense of this information? Let’s compare it with other types of rice in terms of calories next.

100g of plain white rice generally has around 130 calories. As you can imagine, since sushi rice is also white rice, these two would have a very similar calorie count.

However, we have to remember that there is still a big chance that the calories for sushi rice to go up. The plain white rice would have a lower calorie count between the two then.

Brown rice has around 111 calories. On the other hand, sushi rice has 130 calories. As we have discussed, this number can still go up. Brown rice undoubtedly has a lower calorie count of the two.

On the other hand, 100g of black rice has around 339 calories. As you can see, it has a higher calorie count than sushi rice.

Things to Remember with the Calories of Different Rice

Before continuing, here’s a quick reminder. These comparisons only mean to compare. Different people need different amounts of calories. Having a higher or lower calorie count doesn’t immediately mean one type of rice is healthier or unhealthier than the other.

You might want to take a good look at the nutritional facts. Still, that might not be enough. Again, as we have said, different people have different goals and needs. What might suit one’s needs might not be the answer to another’s goals.

Is Sushi Rice Good for You? After all that, it all boils down to this question. As you might already know, there is a great rice debate. Some argue – with passion – that rice is unhealthy, especially if consumed every day.

On the other hand, many who eat rice daily don’t even need to argue. Many of them are in great shape and perfect health. So, which is it?

Well, there is no reason to stay away from sushi rice completely. Sushi rice could be good for you. Actually, sushi rice is a lot healthier than a lot of food. Say, greasy treats.

Of course, you still need to manage your consumption of it. Like any other thing, too much could be unhealthy. It could introduce health problems. Controlled, though, it could do you good.

How to Make Sushi Rice and How to Control Its Calories? With the sushi rice talk, you might now be craving some sushi! Well, we could also help with that then. Making sushi rice is easy!

First, you want to cook your rice using your preferred method. While that cooks, you can start preparing your seasoning. Once your rice cooks, combine everything!

As you can see, it pretty much takes only a few steps to make sushi rice.

As we have said, cooking can be a creative outlet. Experiment! Who knows? You might just create the next tastiest treat!

Earlier, if you can remember, we said that sushi rice often is made with short or medium-grain Japanese rice.

However, depending on your goal, you can also change the rice. Not all types of rice would work, of course, but there are some other options like quinoa. Okay, so you now have your sushi rice. What better way to celebrate? It’s time to make some sushi! Here are some sushi recipes you might want to try.

How to Make Tuna Sushi

Probably one of the most popular sushi out there is the maguro sushi. Now that you know how to make sushi rice, you don’t have to look far and wide for a sushi restaurant to get some maguro sushi anymore.

If you want to make some from the comfort of your own home, you can check this recipe by Izzycooking out.

How to Make Tamago Sushi

On the other hand, you might like sushi, but you’re not a big fan of fish. Don’t worry. We got the sushi for you! In that case, you might want to try this Tamago sushi recipe by Japanese Cooking 101.

How to Make Vegan Sushi

Are you vegan or have vegan friends who have never tasted sushi before? We also have vegan sushi here that you and your friends can enjoy!

If you only want your sushi to be made up of plants, you might want to check out this recipe by Veggies Don’t Bite.

Today, we talked about calories and sushi rice. First, we discussed what sushi rice is; and we learned that when we say sushi rice, we are not only talking about rice. We are talking about seasoned rice.

After that, we answered how many calories are in sushi rice? Here, we learned that 100g of sushi rice holds around 130 calories.

Next, we compared the calorie count of sushi rice with some other types of rice, like brown, plain white, and black rice.

Then, we went on ahead and discussed the simple method of making sushi rice and how you can have some control over its calorie count.

Finally, we showed you some sushi recipes that you can make at home now that you know a lot about sushi rice!

We hope we got to help you with this delicious concern. Now, we’re off to the next mouth-watering matter. Feel free to check out our other talks about tasty treats!