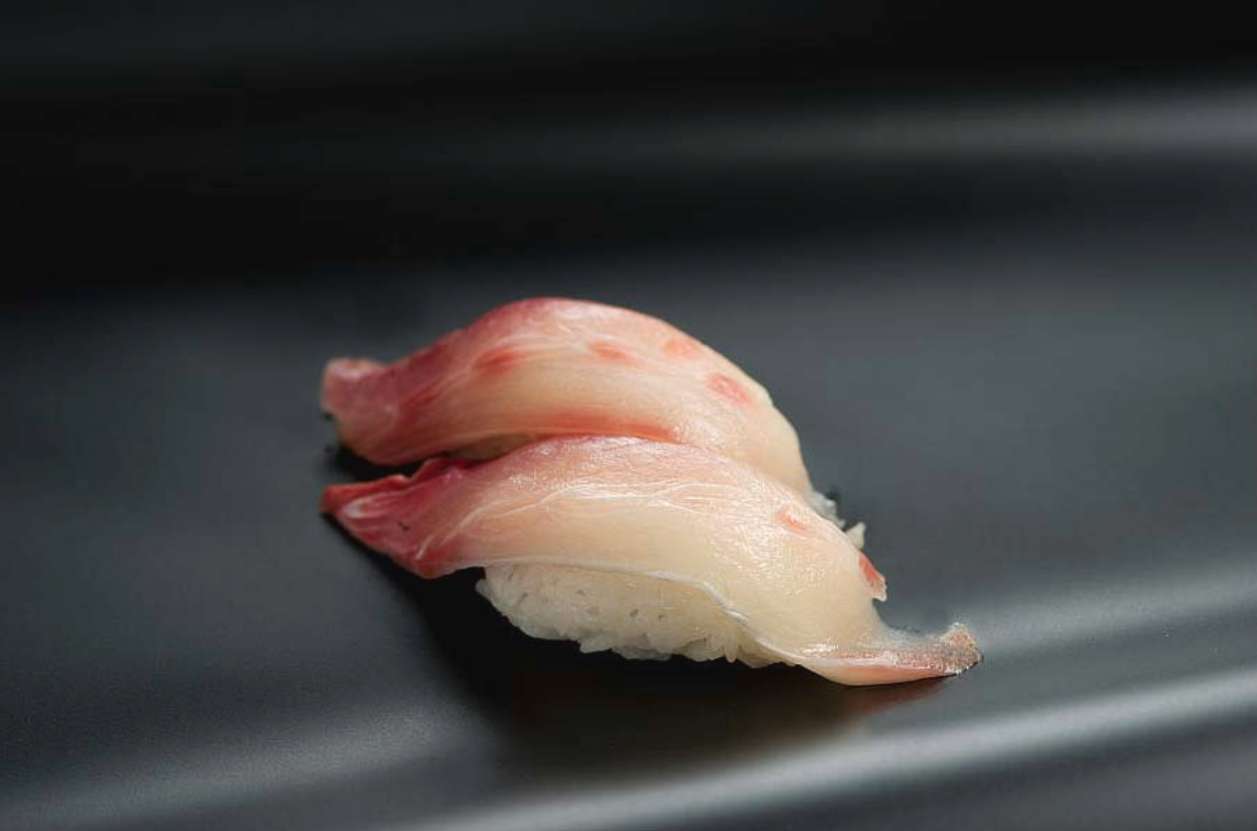 Sushi. This Japanese dish has continually gained favor throughout the years. Its popularity has gone out from where it came from and has spread through other parts of the world. With that, it should not be surprising that it has now multiplied, if you will, and that there are now many different kinds of it.

With all the types of sushi popping up, it could be hard to keep up. You do not need to worry, though. We are here to help you stay in the loop. Today, let us get to know the hamachi sushi.

What Is the Hamachi Sushi? 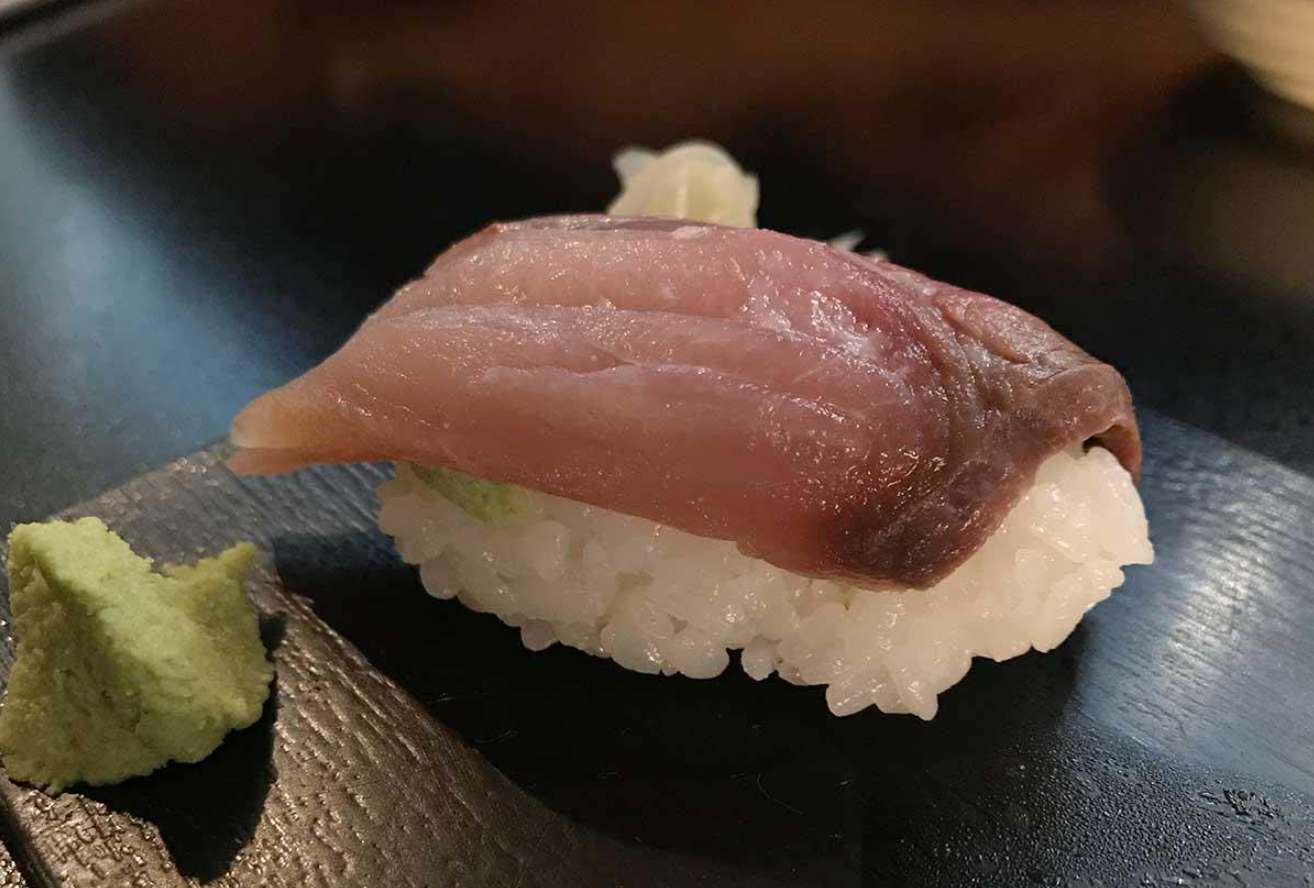 The hamachi sushi is a Japanese rice dish. It is often a nigirizushi (better known as simply nigiri), a type of sushi made of molded sushi rice and a choice of topping.

In this case, the topping is raw hamachi, a fish with a buttery taste and smooth texture. Today, it can also be a maki or an uramaki. Additionally, searing is now a popular way to prepare the topping.

Like most sushi, it supposedly could be eaten in a single bite with a pair of chopsticks, bare hands, or even a fork if the first two options do not work well for you. However, today, some sushi spots now make and serve large portions. Additionally, it can be served with the usual sushi partners like soy sauce and wasabi.

Simply put, the hamachi sushi is a traditional sushi made with some sushi rice and a raw piece of hamachi fish. However, as we have said above, there are now a few variations to making and serving this dish.

The hamachi sushi might look like one of the simpler ones, but it is easy to get wrong. While this sushi renders itself flexible, it has a non-negotiable.

The Hamachi Sushi and The Yellowtail Sushi 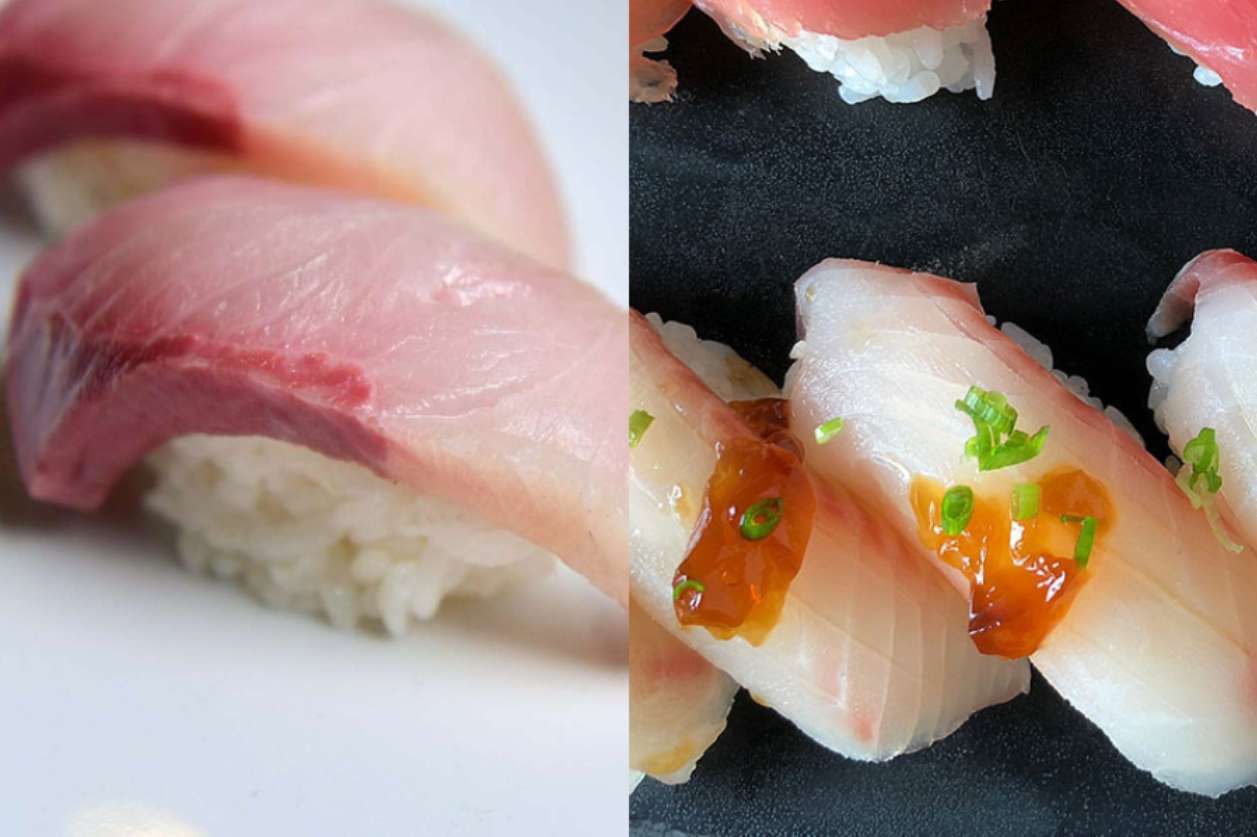 The reason it is easy to get the hamachi sushi wrong boils down to its topping – the hamachi fish. There seems to be a confusion about what this fish is.

Some treat the yellowtail sushi and the hamachi sushi as the same thing. As we have said, yellowtail does not only refer to the Japanese amberjack. It might be ideal to ask about the fish used if you want some traditional hamachi sushi. A sushi chef should be able to tell you this info.

On the other hand, it does not mean you have to stay away from yellowtail sushi if you want some hamachi sushi. Some spots prefer to use the former name as it is more familiar. Again, it would be better to ask about the exact fish used.

The Hamachi Sushi and The Amberjack Sushi 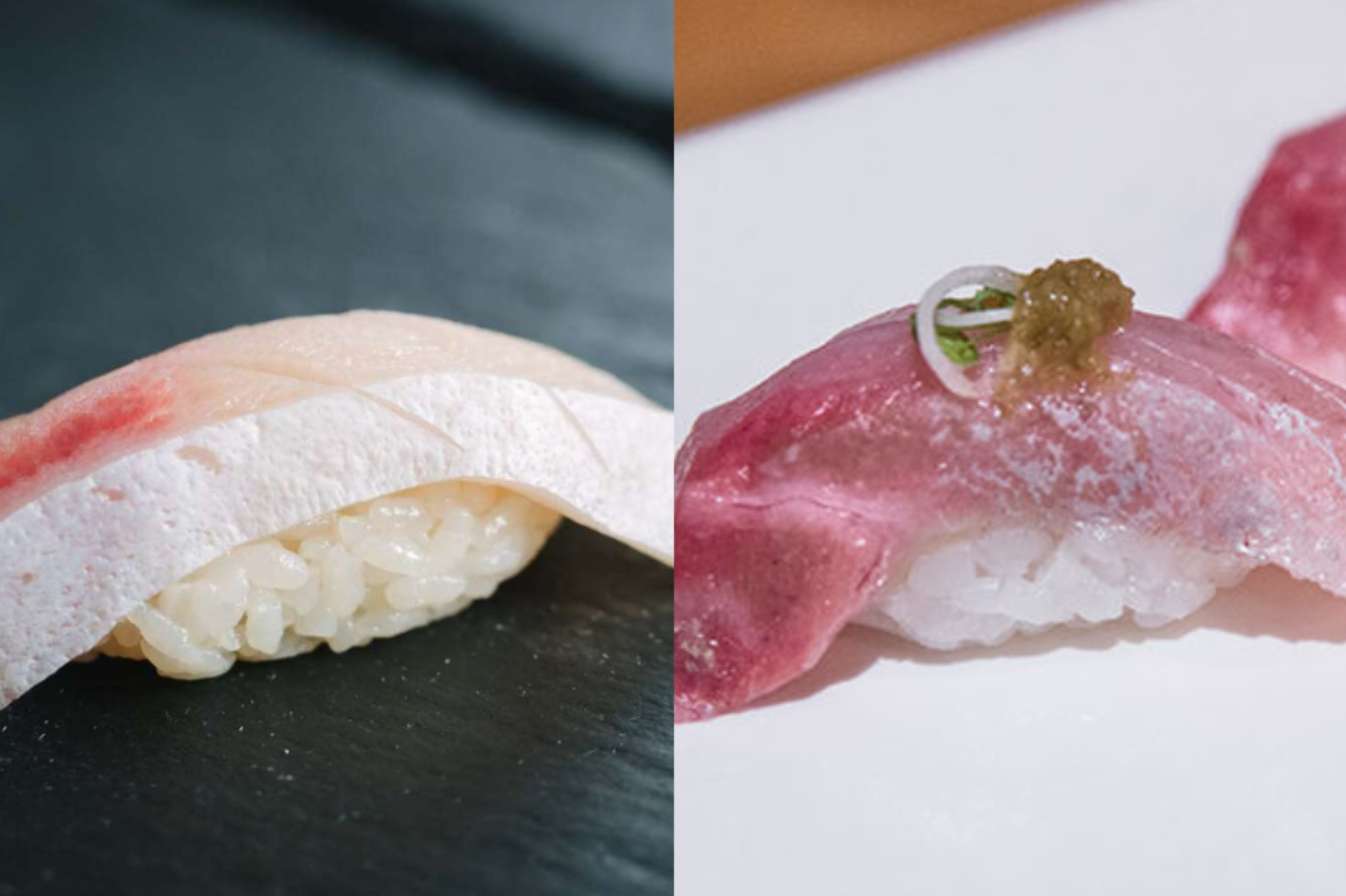 Like with the yellowtail sushi, there is also a confusion between the hamachi sushi and the amberjack sushi. There are two main reasons for the mix-up.

First, it is similar to the one above. It boils down to linguistics. The amberjack, like the yellowtail, does not only point to one fish. It is a name that references to a number of fishes. When one uses this name, it could or could not refer to a hamachi fish.

On the other hand, some choose to use other amberjacks for this sushi for several reasons, like price and convenience, an act that blurs the lines among the different amberjacks.

Again, it does not mean you should avoid this sushi if you want some hamachi sushi. Instead, you might want to ask what fish is in the sushi.

What Is the Hamachi Fish?

To sum it all up, this fish is also known as the Japanese amberjack. Often, it is confused with other types of fish for a few reasons. That includes the ones we listed above. It is often mixed up with the yellowtail and amberjack, but also with other types, like tuna.

This fish is often connected to sushi, with it being one of the staple dishes in Japan. That is not all this fish is used for, though. You can also find it in soups and even sashimi, for example.

This fish has a buttery taste and is often known to have a soft and smooth feel to it. As we have said, you could ask what kind of fish is in a sushi. However, if you still have your doubts, you can keep these things in mind.

It might take some time to know the differences between the types of fish at first. One will likely get it in time with practice and dozens and dozens of taste tests, though! Until then, you might want to make some of your own to be sure you are eating real hamachi fish and sushi.

One of the best ways to get to know this dish might be to make it. So, before you go, let us show you a few ways how you can make this dish!

How to Make the Hamachi Sushi? 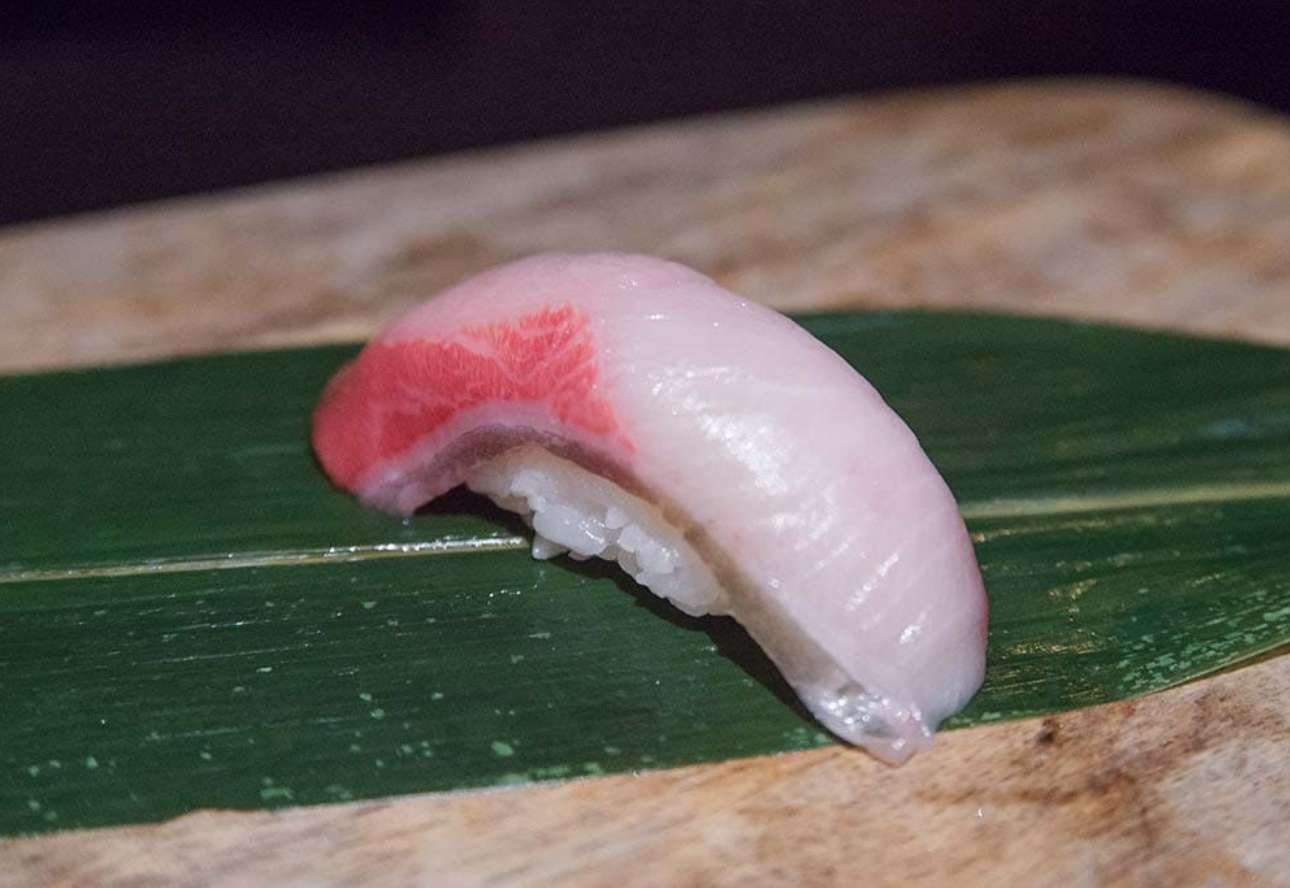 First, you want to get your ingredients ready. If you would like to keep close to the real deal, you will only have to get some hamachi fish and the things for the sushi rice.

Next, you want to make your sushi rice. Usually, you will only need some short to medium-grain rice and some sugar, salt, and rice vinegar for this. If you have a preferred way of making sushi rice, feel free to go with it. You just need some sushi rice. Whether you want a nigiri, maki, or uramaki, you would need it.

After that, you want to turn to your fish and cut it into thin strips.

When everything is ready, you can start to put your hamachi sushi together.

If you want a nigiri:

If you want a maki:

If you want an uramaki:

Other Things to Keep in Mind With the Hamachi Sushi 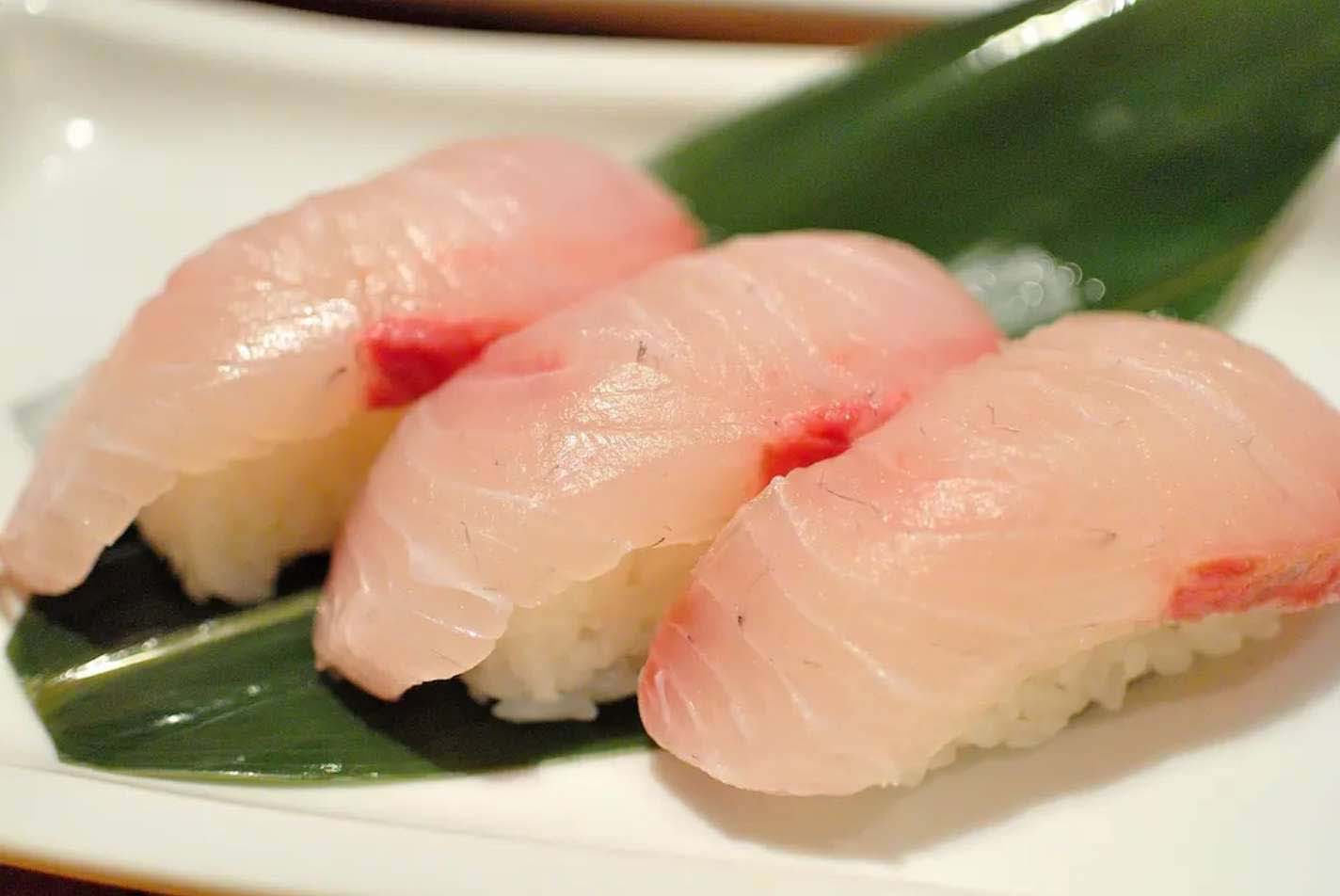 Here are some things to keep in mind when it comes to this sushi. Again, this sushi might look like one of the simpler ones, but it is actually of the trickier ones!

Using Another Fish for a Hamachi Sushi

Today, it seems to be common practice to use other fishes for this sushi. Typically, from the two kinds we discussed earlier. However, if you were to stay true to the hamachi sushi, you still want some Japanese amberjack on it.

Getting Hamachi Sushi Outside

Earlier, we said that if you want some hamachi sushi, you might want to ask what fish is in the sushi. As you might already know, not every spot will tell you the truth. When eating out, try to sit by the bar. This way, you can see what is in your sushi and how it is made. Additionally, it would be best to eat at a reputable place.

When eating hamachi sushi at home, you will not have to think about the worries above. Still, there is one thing you have to keep in mind. Not any fish will do. You have to get sushi-grade fish!

Today, we answered this question and learned that hamachi sushi is a nigiri topped with hamachi fish. After that, we talk about the hamachi fish and found out that it is the Japanese amberjack. Next, we briefly discussed how one could make this sushi. Finally, we talked about the things you might want to keep in mind with it.

We hope we got to help you learn more about sushi today. If we did and you want to know more, feel free to check out our other talks!