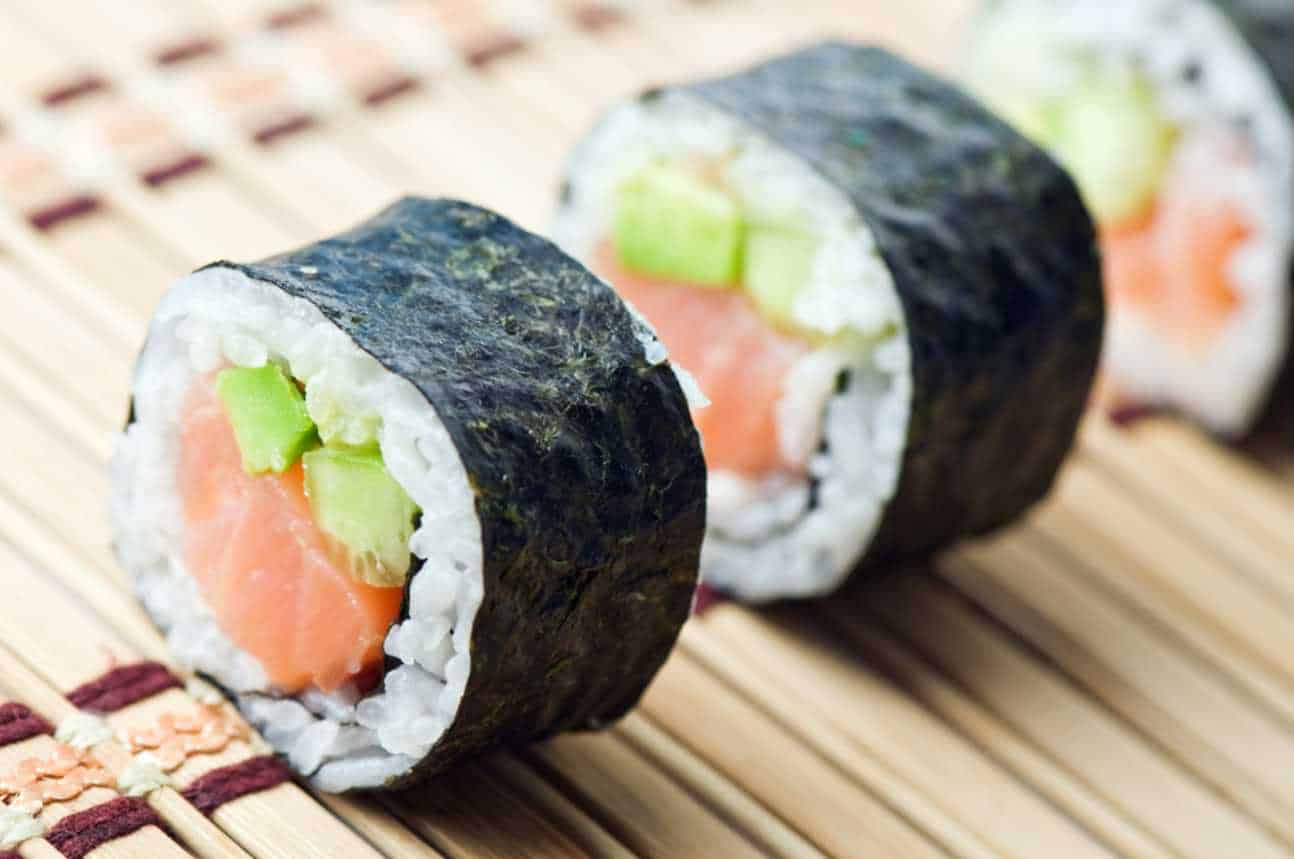 When you hear sushi, what comes to your mind? Of course, some people would say they would think of Japan, sumptuous food, or luxury.

If you’re curious about what is sushi, you’ve come to the right place. Read on to find out more about sushi and the story behind it.

Where it all started Contrary to popular belief that sushi originated in Japan, the dish can be traced to China. Between the 5th and 3rd centuries BC in China, they preserved fish using some salt.

The original form of sushi is called Narezushi. People would use this method to preserve the fish. They wrap the fish with fermented rice to keep it for a year. After that, people would only consume the fish and throw away the rice at that time.

Narezushi was introduced to Japan in the 8th century. They primarily used this to preserve fish. Traditionally, they serve this during special occasions such as weddings. The fish was also prepared for feasts and festivals, and other celebrations.

Generally, narezushi is made by wrapping the fish with rice mixed with vinegar and sake. The primary purpose of the rice is to encourage fermentation. Therefore, only the fish would be eaten when served.

They would then lay it under a large stone to prevent decay and let it ferment. After this preservation became known in Japan, regions developed their version of narezushi.

In the province of Hokkaido and Tohoku, they have what they call Izushi. Izushi is also a form of narezushi. In this form, the rice is mixed with yeast and is topped with vegetables (e.g. radish).

It is then sprinkled with sake and wrapped with bamboo leaves. Finally, they placed this sushi in a heavy stone to set. The rice melts away and leaves only the fish.

This luxury food is eaten by consuming both fish and rice with this condition. It was most popular at the beginning of the 19th century. There was a famine during this time, and people were frugal.

Nigirizushi was also known as Edomaezushi. The seafood used to make this sushi was caught from the bay near Edo (presently known as Tokyo). Nigirizushi paved the way for the modern sushi we know today.

The beginning of modern sushi It was in the 19th century that nigirizushi boomed. Hanaya Yohei is credited for the creation of nigirizushi.

Originally, sushi was made through a long process called fermentation. But Yohei made a way to make it available faster to the public.

Rather than fermenting, Yohei hand molds the ingredients together to make fresh sushi. As a result, the sushi dominated by the flavor of fermentation was transformed. The authentic aroma and flavor of the components can now be tasted.

Yohei started introducing nigirizushi by placing them in boxes. Then, he sold them in the streets. Nigirizushi became popular. Soon, stalls where people could buy freshly made sushi and eat it on the spot, filled the streets of Edo.

During the Meiji period, the country opened up to foreign culture. The advent of railways also marks this period.

During this time, sushi was made available in bento boxes sold in the railway stations. The end of the Edo period marks the beginning of Meiji. During this period, there were already sushi restaurants.

Narezushi was still being enjoyed at that time (even up to this day). However, it had evolved as a rural dish.

Regional recipes of narezushi were developed throughout Japan. The variations of these recipes depend on the local ingredients used or added.

Aside from nigirizushi, other forms of sushi were being sold, particularly in Kansai. It includes makizushi (rolled sushi) and hokuzushi (also known as oshizushi).

However, nigirizushi continued to gain popularity. It gradually spread all over the country, making it dominant among other forms of sushi.

Restaurants offer a wide range of sushi with other ingredients (toppings). Throughout the years, different varieties of sushi have been introduced.

Some chefs also made changes to make sushi more delectable. Here are some of the sushi available today. Nigirizushi paved the way for modern sushi. Today, it is the most common yet the most expensive among the types of sushi.

The neta (the fish or shellfish) is either raw, marinated, simmered, or salted in making this sushi. It depends on the neta that was used. It is placed on the vinegared rice balls and is hand molded together. It is usually smeared with wasabi. Makizushi, or rolled sushi, is a popular variety of sushi. The fish or the vegetable filling is enclosed by vinegared sushi rice. Wrapped in toasted nori seaweed, Makizushi has three main types. It includes hosomaki, futomaki, and the California roll. Gunkanmaki, or the “battleship roll”, consists of vinegared sushi rice. It is also wrapped in a band of nori seaweed. Finally, it is topped with various ingredients, generally fish roe. This type of sushi resembles a battleship, thus its name. This type of sushi is usually served at parties. It is famous as guests can make it on their own and choose whatever fillings they want.

It is made by spreading vinegared sushi rice on a square nori seaweed. The stuffing is placed on top, and then the sushi is rolled into a cone shape. This type of sushi means “scattered sushi”. Chirashizushi is usually served on happy occasions and parties in Japan.

It differs from other sushi as it is served in a bowl. It is made with vinegared sushi rice topped with various vegetables and raw fish. The vinegared sushi rice is stuffed inside deep-fried tofu cooked in a dashi broth. Dashi broth is seasoned with sugar, mirin, and soy sauce. It makes the sushi soft and juicy with a hint of sweetness.

The proper way to eat sushi

Just like other dishes, it is an advantage to know the proper or the best way to eat and enjoy your food. Here are some of the pointers you might need to know in eating sushi

Is it required to use chopsticks when eating sushi? It depends on the type of sushi you’re eating. You may use chopsticks, but you may also eat sushi by hand.

Nigirizushi is also proved to have a better taste when eaten by hand. However, only chirashizushi requires you to use chopsticks.

Soy sauce is the typical dip for sushi. It would help if you dipped the topping only. The rice is already seasoned, and soaking it in soy sauce might make it too salty.

Some also mixed the soy sauce with wasabi. The topping of nigirizushi is already smeared with wasabi, so there is no need to mix the dip with wasabi.

Traditionally, gari is eaten before consuming every piece of sushi. It is to clean the palate. Gari may also be used to put soy sauce over the gunkanmaki toppings before having a bite. Omega-3 fatty acids are present in sushi (specifically from its raw fish toppings). They help reduce chronic inflammation and its associated risks. Some of these are cancer, diabetes, heart disease, and stroke.

Sushi is made of fresh and high-quality fish and vegetables. These ingredients help in maintaining your health and preventing diseases. For example, omega-3 fatty acids found in raw fish are beneficial to one’s health.

It may prevent and help fight diseases such as heart disease and stroke. Another example is the ginger we eat after each piece of sushi. Ginger contains vitamins that help protect our respiratory system from viruses.

Eating sushi might also prevent you from being poisoned with heavy metal. The nori used in making sushi can remove heavy metals and radioactive strontium. Because of toxicity, heavy metals might induce multiple organ damage.

What is sushi? Sushi is one of the famous dishes that reflect Japan’s history and culture. Its evolution shows how the dish adapts to the changing times.

Sushi transforms from a traditional dish to an on-the-go food. Not only does it tastes good, but sushi has various stories worth knowing.