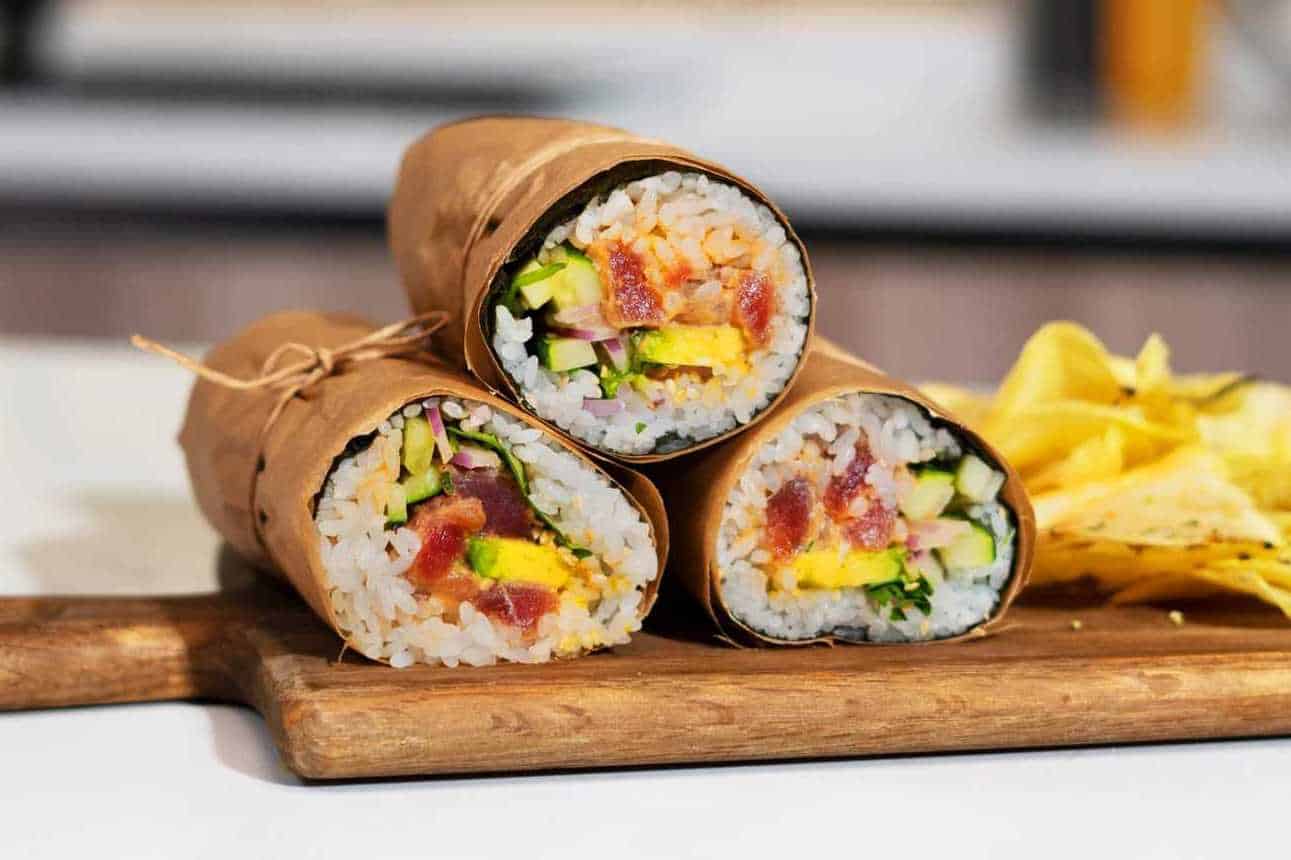 A fusion of American and Japanese cultures, Sushi Burrito is an American-Japanese cuisine created out of the need for an exciting dish.

It has gained many grounds, as you can find it in almost any restaurant that appreciates global cuisine. Before you include this food in your diet, here’s all you need to know about a sushi burrito.

How Did Sushi Bu rrito Come About? The sushi burrito was born out of Peter Yen’s curiosity. Peter was bored of the limited food ideas for fast-casual restaurants. He wanted more. He wanted to explore. Since he loved sushi, he decided to do something great with it.

In 2008, he created the sushi burrito. He later went on to establish Sushirrito, a fast-food restaurant. The restaurant has grown a lot since it was established in 2008.

When asked how he came about the recipe, Peter said that in 2004, he got bored with the normal meal options and decided to try out new food combinations to make things more exciting and delicious.

Peter told his chef about this new course to be added to the menu. Even his chef was shocked, but they decided to try it. However, sushi burrito has become a food trend.

It was crafted from Sushi, a Japanese food, and burrito, a Mexican food. It is fast, healthy, and filling. So, why have sushi or burrito alone while you can have the two together in a sushi burrito?

Is A Sushi Burrito Difficult To Prepare? Preparing a sushi burrito isn’t difficult as it is the larger version of sushi rolls. You can use any filling for your sushi burrito.

The main ingredients are; sushi rice, soy sauce, veggies, sliced avocados, seaweed sheets, and vinegar mixture. Here are the steps to try your hands at this dish. Sushi burrito is a healthy food you shouldn’t miss out on, asides from its exotic taste. Here is a nutrition table for a serving of sushi burritos.

Below is the nutrition value of rice,  the main ingredient in sushi burritos from United States Department of Agriculture.

Are There Any Calories In A Sushi Burrito? Calories refer to the energy you get from what you eat and drink. The amount of calories the body requires per day is between 1,600 to 3,000. Having enough calories in your body will help you stay active throughout the day.

The human body needs energy to function. Without enough energy, you won’t be able to do much.  Sushi burrito comes in different flavors and fillings. Below are the calories present in some of its fillings and flavors.

What Does A Sushi Burrito Do To Your Health? Below are the benefits of a sushi burrito:

What Drinks Go With A Sushi Burrito? Some drink accompaniments for sushi burritos are;

also known as Japanese rice wine, Sake is produced by fermenting polished rice. In the brewing process, starch is converted to sugar which eventually turns to alcohol. Its alcohol level is 15% to 22%.

Beer is the oldest and most consumed alcohol. Beer is produced through brewing and fermentation. Brewing and fermenting starch sugars result in ethanol and carbon distilled into cans or bottles.

Prosecco is a sparkling white wine with citrus and floral aromas. It enhances food taste instead of overshadowing it and possesses less fizz than other white wines.

This light-bodied wine fits a sushi burrito perfectly. It complements the aroma and enhances the enjoyment of every bite. Due to its bright acidity, it neutralizes the saltiness of soy sauce.

You have to go with Riesling if you are settling for a spicy sushi burrito. It is a dry wine from Germany, made from fruits peculiar to that location.

According to enthusiasts of spicy foods, this wine makes a great complement to a spicy sushi burrito due to its freshness and sweetness.

Champagne was first made in France, champagne is most used during celebrations. However, it isn’t limited to that. This exquisite wine pairs greatly with sushi.

The bubbles enhance the taste of the raw fish in the sushi burrito’s filling. It’s advised you go for nature and extra brut champagne as they have low sugar levels and allow you to savor the flavor of the fish.

In need of a healthy and filling food fusion, or do you want to turn your diet up a notch? Try a sushi burrito. You can get it in a fast-food restaurant or prepare it at home.

This mouthwatering American-Japanese delicacy will do awesome things to your tastebuds. What’s more? It pairs well with any filling of your choice.