Are you wondering which one is better in the taco VS. sushi battle? Well, we might be able to help you with that!

Today, we are going to talk about tacos and sushi. Two treats that are both so different and similar at the same time. We will put these two treats side by side and hopefully get to know them better than before. Are you excited? Well, let’s go!

Introducing the Taco and Sushi

Before comparing and contrasting these two dishes, let us briefly introduce them.

What is a Taco?

Typically, it consists of a taco wrap, meat, fruits, and vegetables. There are now dozens and dozens of ways to make this dish. Still, it is easy to know what – and what is not – a taco base on presentation.

While one can substitute every part of this dish for another, the preparation is, generally, still the same. That is, one always folds the wrapper. Next, let’s go and talk about sushi!

What is a Sushi? 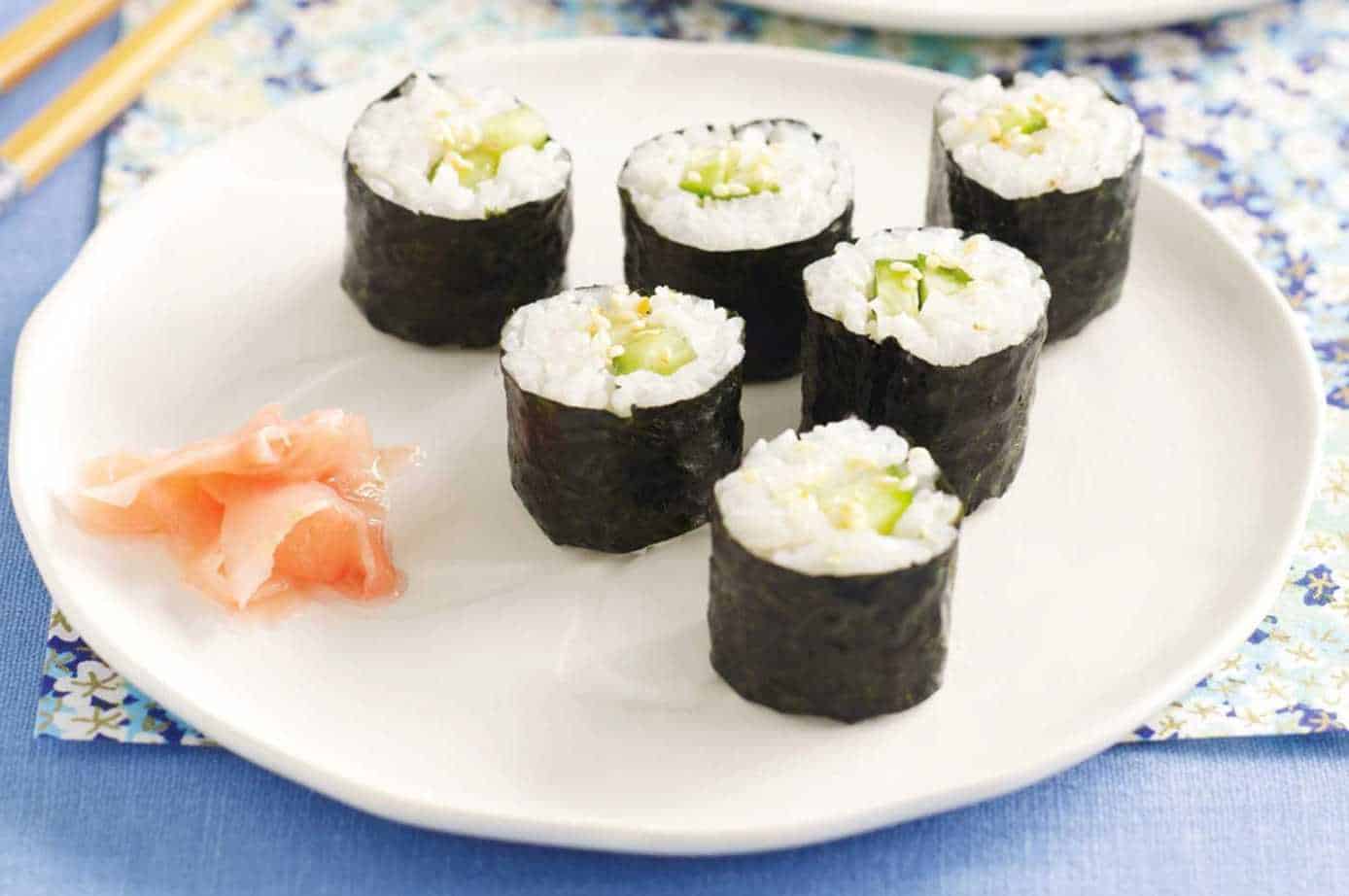 On the other hand, sushi is not as easy to define.

Sushi is a popular Japanese dish. It typically has sushi rice, fish, fruits, and vegetables. Again, there are now many ways to make this dish. Unlike the taco, it might not always be easy to spot what – and what is not – a sushi base on presentation.

That is because there are many types of sushi, and they are not all presented in the same way. For example, we have nigiri, temaki, maki, and chirashi sushi.

They might look different from each other, but they are all sushi. It might be easier to look for the sushi rice to set this dish apart from others.

Taco VS Sushi: Similarities and Differences

We now have a general description of the two dishes. Now, let’s get to know them better. Let’s go ahead and talk about the similarities and differences next!

Taco VS Sushi: The Similarities

Here, let’s talk about what makes the two dishes similar. If you only look at the two dishes, you can say they look nothing alike. Yes, they might not have much in common in appearance, but this two have tons of things they share.

Let’s get the ball rolling! First, many would agree that these two dishes are delicious and filling.

They could satisfy hungry tummies for lunch, dinner, or even a quick snack! (They could also be a great way to start the day, but remember, they are not the best choice for breakfast!) Of course, that is not all, though.

There are many more! So, let’s take a closer look at their other similarities.

The Similarities with the Fillings of Tacos and Sushi

These two dishes almost always have some meat when it comes to the fillings. As you might already know, there are already vegetarian and vegan taco and sushi options.

They don’t have meat, but we would have to omit them here as they are not how one would usually make tacos and sushi. Traditionally, meat is the star of the show of these two dishes.

Additionally, as mentioned above, these dishes traditionally also have some fruits and veggies.

The Similarities with the Flexibility of Tacos and Sushi

As we have already said above, there are many ways to make these two dishes. From the original recipe, dozens and dozens of new recipes have already come out throughout the years.

There are now tacos and sushi made for vegetarian, vegan, and keto diets, to name a few.

The Similarities with the Staples of Tacos and Sushi

While there are many ways to make tacos and sushi, they both have staples.

Of course, with the many innovations the recipes of these dishes have gone through, you can expect that there would be a few variations that do not include the staples. However, generally speaking, these things are present in most tacos and sushi.

Taco VS Sushi: The Differences

For starters, while the two dishes are delicious, these dishes appeal to different preferences. However, like the similarities, that is not the only difference between these two. So, let’s go ahead and tackle the rest!

The Differences between the Origin of Tacos and Sushi

Probably the first difference between the taco and sushi can be seen in where they originated. As we have said above, tacos came from Mexico while sushi came from Japan. As you can see, this explains why these two dishes are delicious but delicious in different ways.

The Differences between the Taste of Tacos and Sushi

Speaking of delicious, let’s talk about the taste of these two dishes.

As we have said above, there are many ways to make tacos and sushi. Additionally, there are many types of sushi. With that, we won’t be able to capture how each one will taste in words. However, generally, tacos have a stronger flavor than sushi.

The Differences between the Fillings of Tacos and Sushi

Earlier, we said that both the taco and sushi almost always have meat. However, these dishes have different ones. While tacos commonly have beef, sushi often has fish. Additionally, tacos always have cooked meat, while the fish used for sushi is often raw.

We also said above that they both commonly have fruits and veggies. While that is true, these dishes often use different ones.

While the lettuce is probably the most common veggie for tacos, carrots are one of the first ones you reach for when it comes to sushi. On the flip side, the tomato is the most common fruit for tacos, while the cucumber is for sushi.

The Differences between the Staples of Tacos and Sushi

Again, as we have said above, these two dishes have staples. However, as you might expect, they have different ones. While taco shells are the staples of a taco, sushi rice is the staple of sushi.

Still, as we have said above, there are probably a few variations that don’t have what we are calling staples. However, they are the most common things you can expect with your taco or sushi.

Tacos VS Sushi: A Summary of Similarities and Differences

We have now listed the similarities and differences between tacos and sushi. Before we go ahead and answer which one is better, let’s quickly summarize what we have discussed above.

Here are the similarities:

Here are the differences:

Also, you don’t need to choose only one! How? Well, let us show you that next.

Still can’t make up your mind? We understand. After all, tacos and sushi are both tasty treats. Picking one could be a problem, and we don’t want you to leave while you are still in the middle of a dilemma, of course!

On the other hand, you might want something bite-sized. In that case, you might want to try this taco maki roll by Bucket List Tummy then! With these recipes, hopefully, you won’t have to worry about picking between tacos or sushi anymore!

Taco VS sushi? Today, we talked about tacos and sushi. First, we introduced the two dishes. Here, we got to have a basic idea of the two.

After that, we talked about the things the two treats share. Here, we learned that tacos and sushi have similarities in their fillings. To add, they are both flexible. Also, they both have staples.

After that, we talked about which one of the two is better. Here, we learned that tacos and sushi are tasty treats, and none is better than the other.

Finally, we also introduced you to sushi tacos and taco sushi! We hope we got to be of service. If you ever get more sushi concerns, you might want to give us another visit!