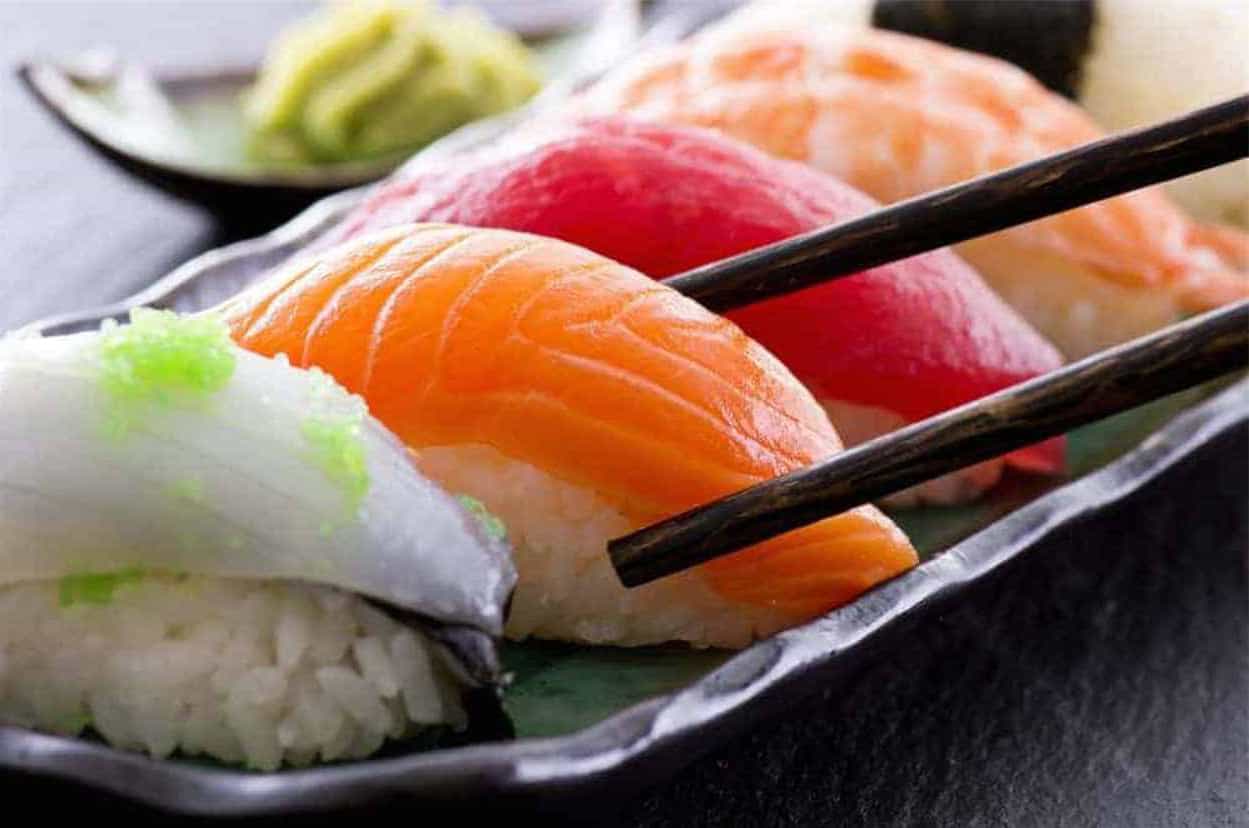 There are many ways to make, prepare, and present sushi. With that, many wonder what is the right way, if there is any. Many questions arise. However, there are some commonly asked inquiries among the many questions about this matter.

At What Temperature Should Sushi be Served?

There are many kinds and types of sushi out there. As you already know, they are not all made and prepared in the same way. That is also true when we are talking about temperature. You can expect some sushi served warmer than others.

On the other hand, you can also expect some presented colder than others. Generally, though, sushi should be at room temperature when served. That is, around 70 degrees Fahrenheit or 20 degrees Celsius. You don’t have to abide strictly by these numbers, though. You can use your own judgment.

Sushi should generally be at room temperature. However, as we have said, sometimes some sushi are supposedly served colder or warmer than others. You might then wonder when your sushi should be hot or cold. When is it normal? When is it not? Well, let’s delve deeper into this matter in the following portions.

Why is My Sushi Hot? 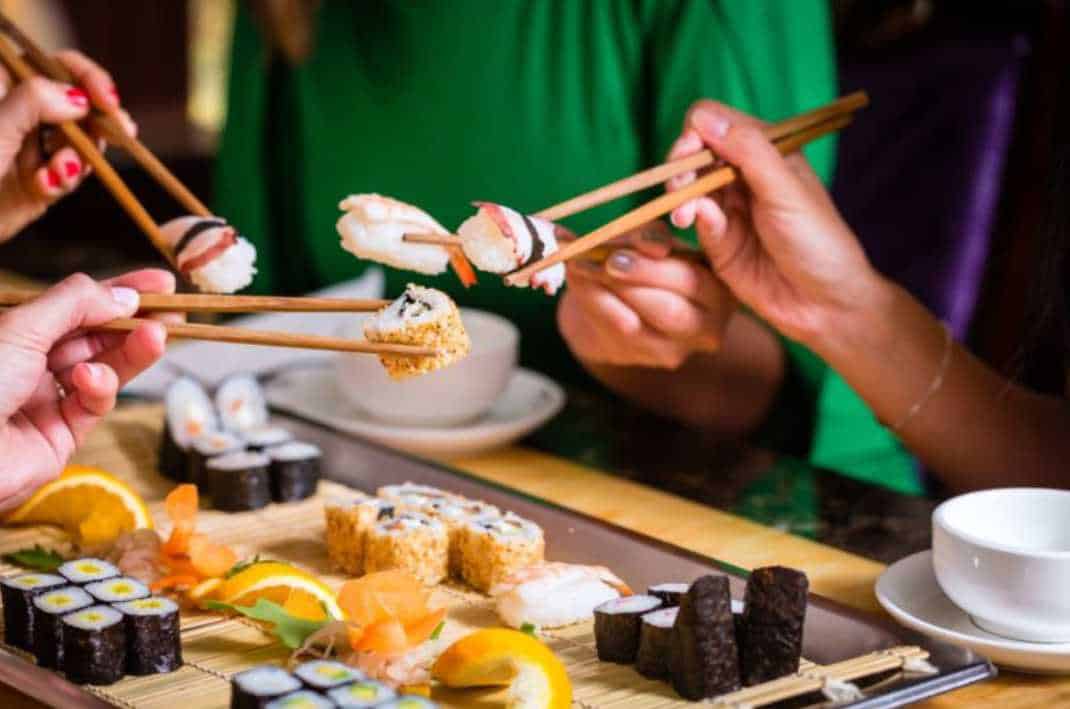 First, let’s talk about hot sushi. There is a variety of reasons why your sushi could be hot. However, there are times hot sushi should set alarm bells ringing. You can expect your sushi to feel warm if it is an aburi sushi. That is, it was flame-seared.

On the other hand, you can also expect the sushi to have some warmth if it consists of fried fillings or toppings. It could be the fried components have just been freshly removed from the fire.

Another reason could be the sushi rice. Generally, sushi rice should be left to cool down until it reaches room temperature before it is used. It is not only because hot rice could burn the chef, but also because it could be hard working with hot rice.

If you eat out, though, you might notice your sushi, specifically the sushi rice, to be somewhat warm. Well, it could simply be the place is having a busy day, and the orders keep piling.

They might not have the luxury of time to let the sushi rice completely cool down. It might not be the best practice, but you don’t have to worry. If it’s the case, your sushi is still safe to eat.

On the other hand, you don’t want your sushi to be hot if it has uncooked meat in or on it. If your sushi is topped or filled with raw meat, it should be at room temperature or slightly cold. Otherwise, you might be dealing with contaminated or spoilt sushi! If it also has a weird smell, that is the giveaway!

Why is My Sushi Cold? 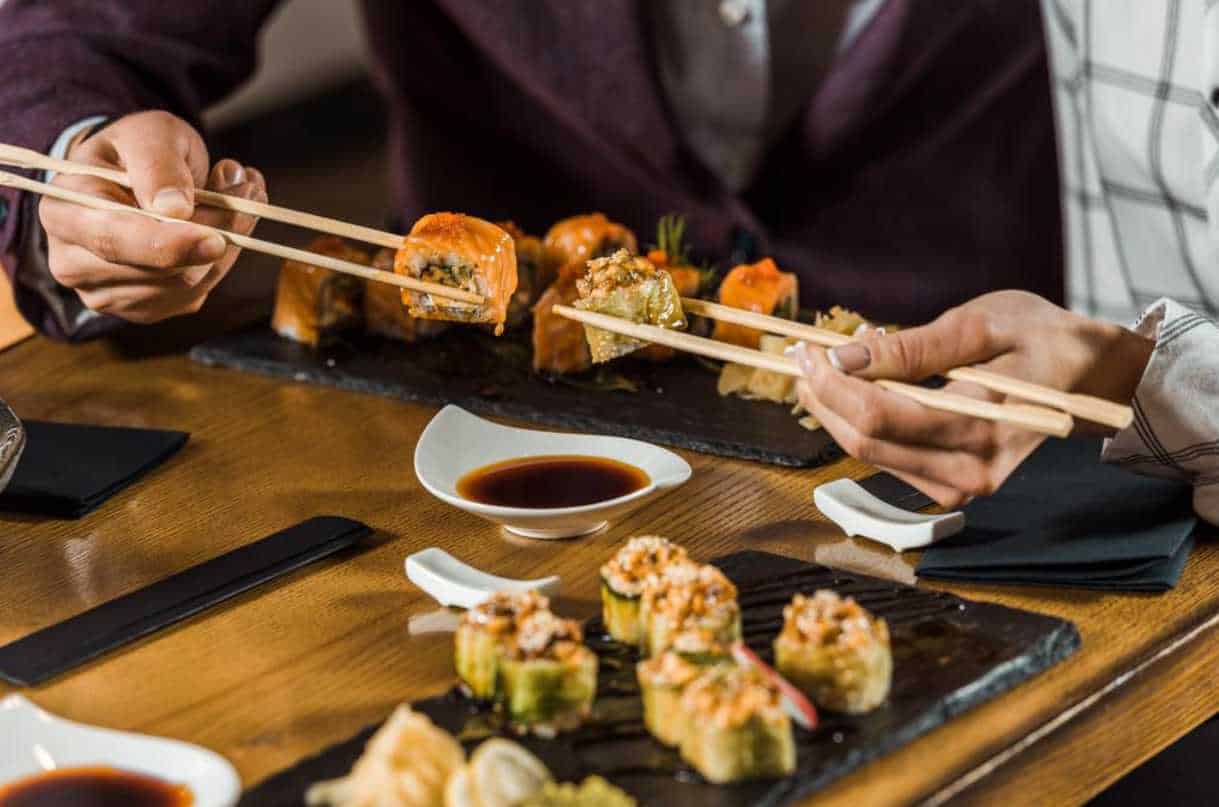 Now, let’s talk about cold sushi. As you might already know, many types of seafood are often frozen when caught. This process is not only for preserving the taste and texture of the seafood. It is also for safety reasons. The cold can make the microbes inactive, after all.

We now have a reason why your sushi could be cold. However, cold sushi is not always the best. If it seems the sushi rice is also chilled, it will probably have a chewy texture. While it is not necessarily bad, it might not be the best meal you will have.

Sushi at the Right Temperature

Many would tell you it might be best to eat sushi as soon as it is made. That is true, as it is the best chance of eating fresh sushi. Let’s discuss what you should realistically expect with fresh sushi in terms of temperature then.

Earlier, we’ve said that sushi should generally be at room temperature. However, with what we’ve discussed above, you can see that the different parts of the sushi will almost always likely have different temperatures.

Most sushi use some rice. This part should be at room temperature or slightly on the warmer side for the best outcome. As much as possible, you don’t want it cold. It will still be edible, but it might not have the best texture.

Many sushi use raw meat. Whether used as a topping or filling, it would be best if it comes to you cold. This way, you can be sure it is fresh and likely safer to eat. Still, you don’t want it too cold like you’re eating ice already. As you can imagine, it would be a hassle to eat. On the other hand, you don’t want it hot. If it’s already hot and smells funny, it probably is no longer safe to eat.

Cooked meat toppings and fillings are also not uncommon for sushi. For these, you want them slightly hot if you want the best experience. If it is slightly hot, you will get that crunch. On the other hand, you might not like it too hot or at room temperature.

If it’s too hot, you might burn yourself, of course. If it gets to room temperature, it might already be soggy. Either way, though, it is still edible. However, you don’t want it cold because that would likely mean the meat was not cooked properly!

For other things like fruit and veggies, it might be best that they would be at room temperature. Any which way, though, these things will likely still be edible.

Sushi and Temperature: Things to Keep in Mind 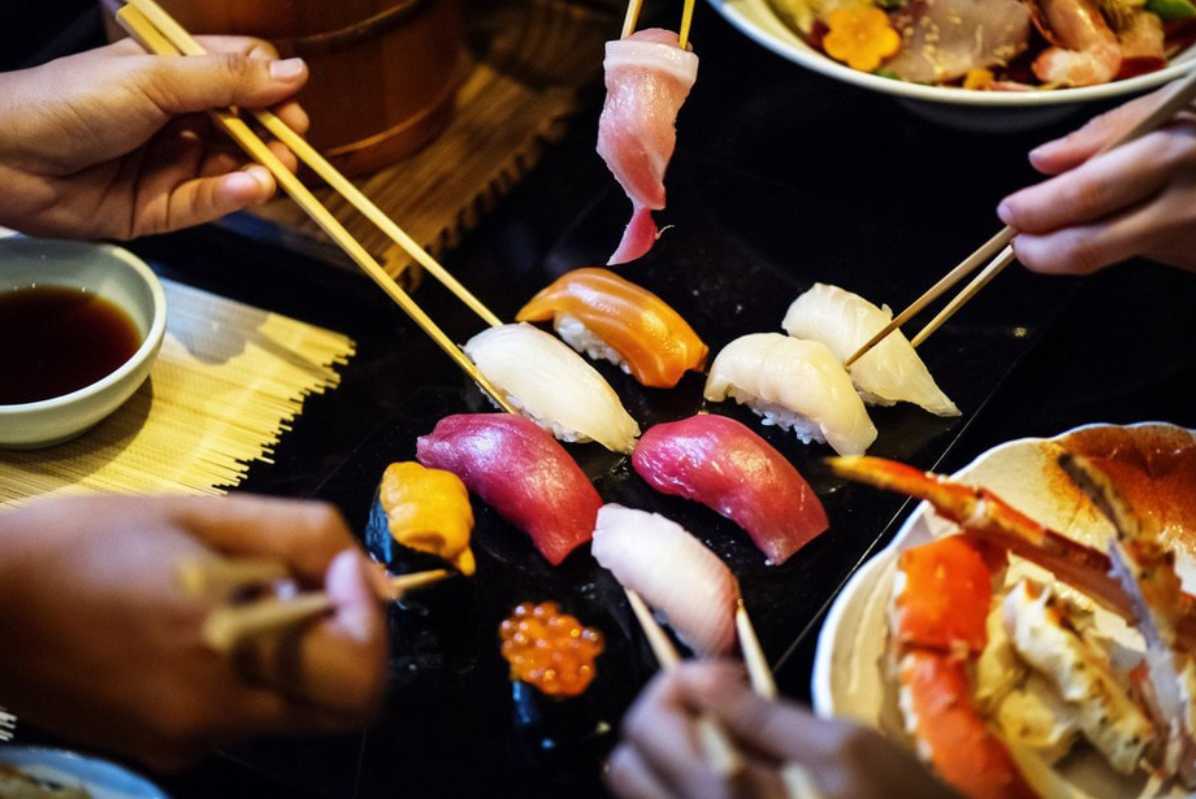 You now know if sushi should be hot or cold. Now, let’s briefly discuss some things you might want to keep in mind with sushi and temperature.

When you are going out for some sushi, you will likely have no say in its preparation. It doesn’t mean you can’t watch out for your safety, though!

When going out for some sushi, you want to look for a food place you can trust. Looking at reviews on the net could help, but mostly it is a trial-and-error process.

Additionally, if there is a sushi bar (usually there is), you might want to sit there. This way, you would get to see how your sushi is made. Also, don’t you think it would be fun to see the chef make your sushi! You don’t think so? Well, check this out!:

If you end up in a sushi place that you have some doubts about, it might be best to stay away from cooked sushi. Cooking spoilt things could mask the fact that it has already gone bad. Instead, you might want to go with those with uncooked toppings or fillings.

It will be easier to tell if you’re dealing with something that has already gone bad this way. If you want to be extra safe, you might want to stay with the green options.

There is No Fix for Spoilt Sushi

You might have heard that refrigerating or freezing spoilt sushi could unspoil it. That would be nice. However, there is no fix to unspoil sushi. You can preserve it for some time, but once it spoils, it is already spoiled.

Extending the Shelf Life of Your Sushi

Since we’re already talking about sushi going bad, let’s talk about how you can prevent that from happening. One thing you can do is to tightly wrap your sushi with some plastic wrap, place it in an airtight container, and refrigerate it.

Now, if you are making sushi at home, there is something you have to keep in mind with handling the raw ingredients. First, you want to make sure you get sushi-grade fish and seafood!

You want the raw meat frozen when you buy it and days before you use it. However, you need to thaw it before you use it. Now, that could take some time. If you don’t have the luxury of time, you might fight the cold with heat. Don’t! That is a bad idea.

Instead, you can quicken the thawing process with a plastic bag and cold water.

First, you want to make sure the plastic bag is something you can place your raw meat in. After that, you want to get a bowl and fill it with water. On the other hand, you can also run it under the tap.

Is sushi supposed to be cold? Today, we learned that sushi, in general, should be at room temperature. After that, we discussed why your sushi could feel warm or cold. Additionally, we talked about when you should expect sushi to be cold or warm and when you should not.

Finally, we discussed that while sushi should generally be at room temperature, certain parts of fresh sushi will likely be slightly hot or cold. By the end, we also shared some other things you might want to keep in mind with sushi and temperature!

With all that, we hope we got to answer all your wonderings about sushi and temperature. See you next time!