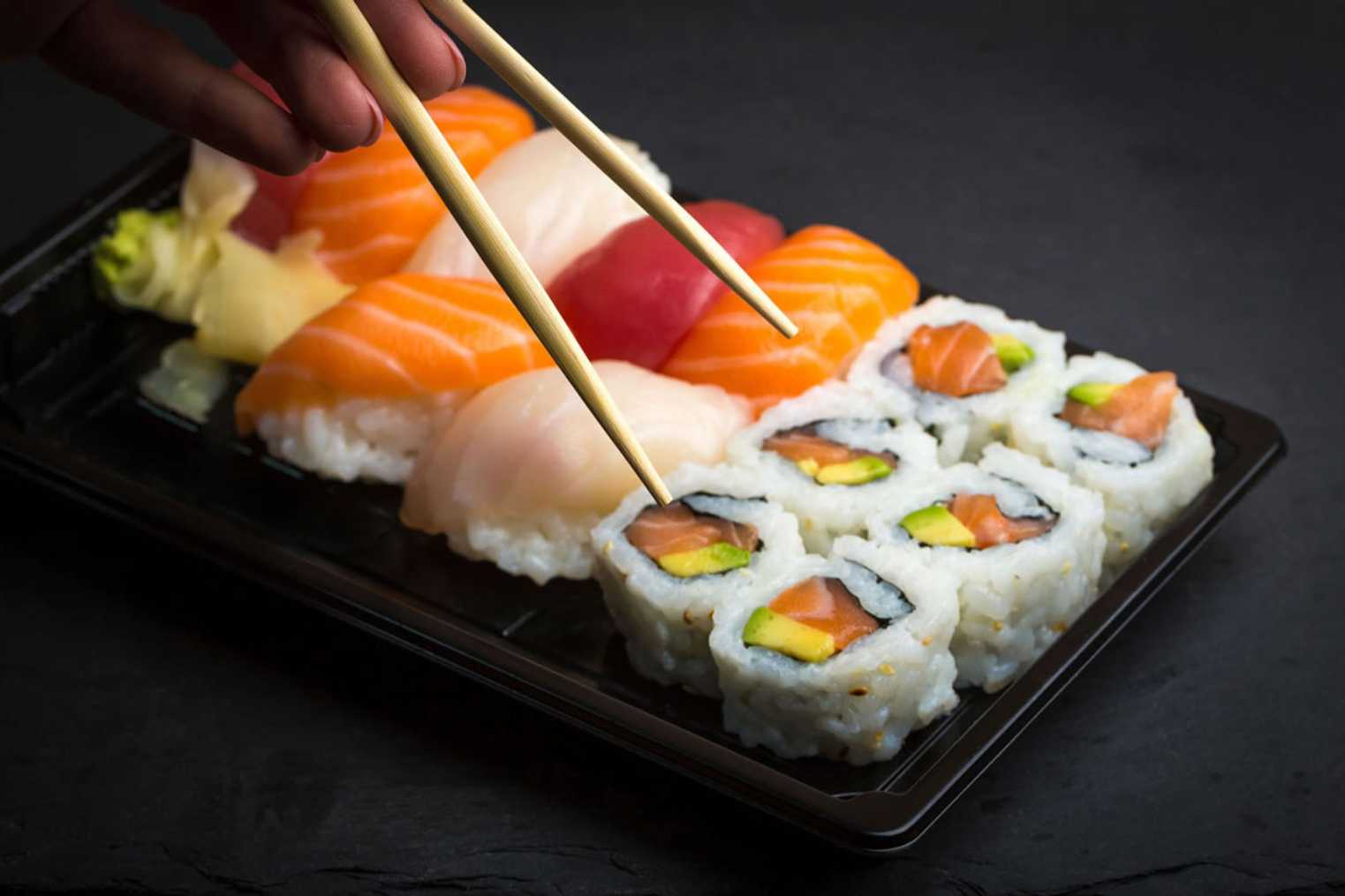 Sex and sushi might be the two most disconnected things in the world, but they are nearer than some of you might expect. In this article, let’s answer the question: Is sushi an aphrodisiac?

What is an Aphrodisiac? Aphrodisiac refers to any combination or lone chemical that results in sexual desire, sexual pleasure, and heightened sexual drive or libido.

The name came from the Greek mythology goddess of love, Aphrodite. These chemicals can be found in food, beverage, plants, spices, and synthetic drugs.

The chemical can range from a single chemical to a combination of chemical compounds. The aphrodisiac can have many effects on the human body, such as heightened sexual senses, increased dopamine, sexual desire, and increased blood flow.

In our modern times, aphrodisiac has been popular as ever. Scientists and medical doctors strive to make and produce various safe aphrodisiacs for those who need some help in the bedroom.

They greatly help couples, especially those with erectile dysfunction or low libido.

Is Sushi an Aphrodisiac? 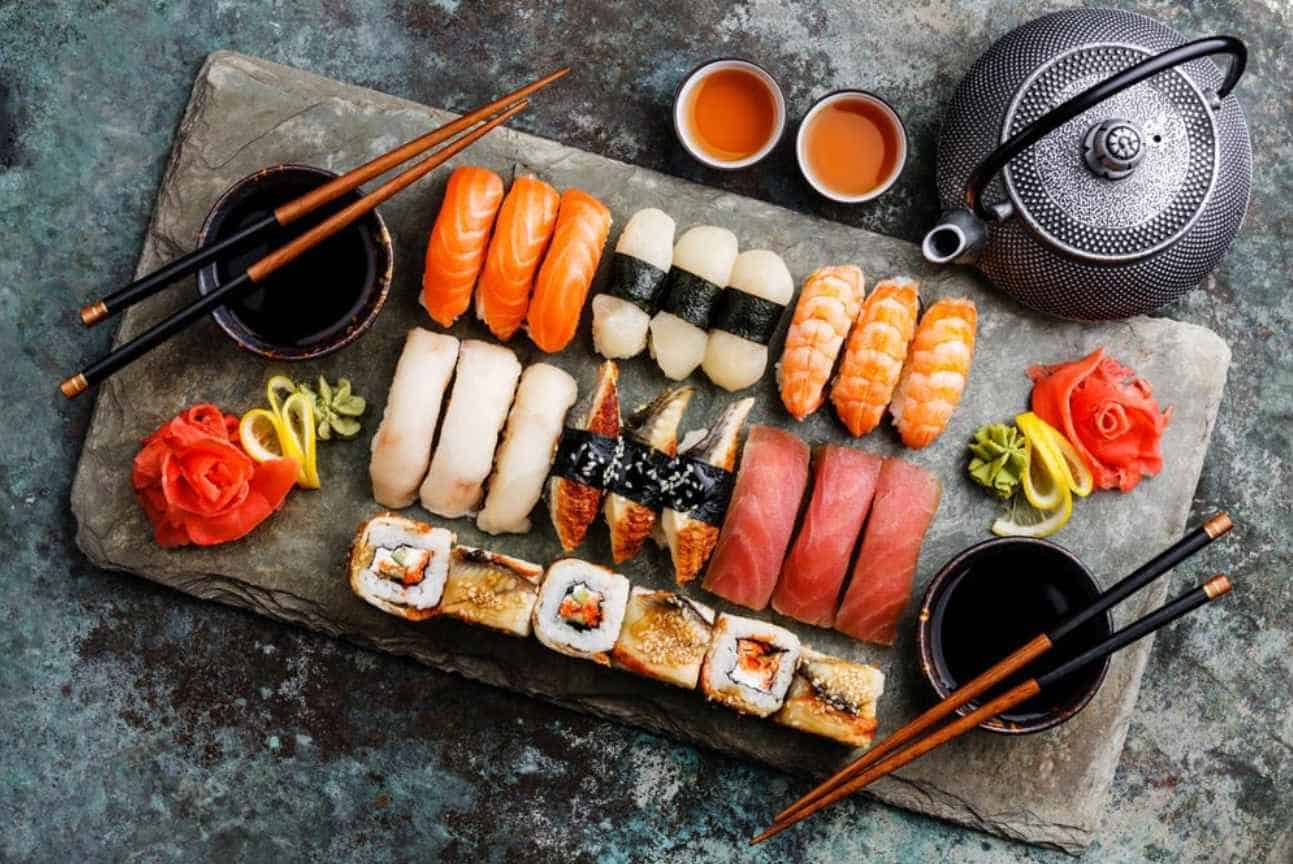 Yes, most variation of sushi has one or more aphrodisiac ingredients. Traditional seafood nigiri, uni nigiri, and maki all have vitamins and minerals that can improve sexual drive and stamina.

The best feature of sushi is that it can be filled and topped with many ingredients. From raw fish to fresh vegetables, sushi can have almost everything. This means that you can have many aphrodisiac elements with just one bite of sushi.

If you want a meal for a satisfying and sexual night, you can try sushi. Depending on what type of sushi you gather, it can range in effects.

From an increase in sexual drive to better stamina, you can ensure that you can find these aphrodisiac minerals in sushi.

It’s recommended to make your sushi from fresh ingredients or find a store that sells fresh and high-quality sushi.

This ensures that you can have the best amount of nutrients as food made with lower quality materials tends to be also lower in vitamins and minerals.

With sushi, you will not only satisfy your taste buds and appetite, but it can also help satisfy your sexual stamina and sexual desire.

Raw fish is one of the most prominent gradients in sushi. It can range from tuna, salmon, and many more.

One of the most prominent minerals in raw fish is the omega-3 fatty acid, which makes the blood flow better, leading to a healthy and regulated heart.

Regulated blood flow and heart health are important parts of one’s sexual life. The heart and blood is the primary organ that distributes many valuable chemicals, such as dopamine, that will trigger the sexual drive and sexual desire.

Certain vegetables such as avocado, asparagus, and cucumber are prominent in many sushi roll recipes.

These vegetables have many varieties of vitamins and minerals such as vitamin c, vitamin e, and zinc. One of the essential vitamins for sexual health is vitamin E, also known as ‘the sex vitamin.’ Dried nori sheet or seaweed is a primary ingredient of sushi. It has many nutrients such as vitamin B1 and B2, vitamin E, fiber, selenium, and selenium. They regulate the blood flow and nerves, which is crucial in maintaining a healthy sex gland. Pickled ginger and wasabi are common accompaniments for sushi rolls. Fortunately, both are also aphrodisiacs. Sea urchin or uni is known as an ancient aphrodisiac. It has a large amount of omega-3 fatty acids and anandamide, which is an excellent mineral for producing dopamine, regulating blood flow, and increasing stamina.

3 Aphrodisiac Sushi You Should Try

Many aphrodisiac ingredients can be found in different varieties of sushi, such as: One of the oldest and most traditional sushi, uni nigiri is one of Japan’s oldest delicacies. It’s made with two ingredients: sea urchin meat and vinegared rice. The aphrodisiac chemicals come entirely from the sea urchin.

The seafood is rich in anandamide, a cannabinoid substance that triggers the production of the dopamine system in the brain.

Although the cannabinoid substance might be concerning to some, sea urchin does not have the same effects as marijuana.

The anandamide triggers dopamine production, which relaxes the body, leading to happiness and increased sexual drive. These ingredients are often found in famous sushi such as Boston, Philly, and California sushi rolls.

Sushi rolls do not only contain vegetables but they are also filled with seafood and rice and wrapped in a nori sheet. You can ensure that you will get many benefits with just a bite of maki sushi rolls.

The wide variety of ingredients means a lot of nutrients and minerals that you can acquire. Most maki rolls not only contain aphrodisiacs, but they can also have many vitamins and minerals that can improve your overall health and boost stamina. Seafood nigiri, or simply nigiri, is one of the most common traditional sushi dishes. It mainly contains just two ingredients: Raw seafood and vinegared rice. Omega-3 fatty acids, protein, and zinc are the three prominent nutrients in seafood nigiri.

Protein increases stamina and muscle strength needed for longer and more satisfying intercourse. Zinc is often found in much seafood, such as fish, crab, and shrimp, and is essential, especially for male sexual performance.

Zinc is one of the critical nutrients to produce testosterone and prolactin. It also regulates sperm quality, as a poor zinc diet is often associated with infertility.

Sexual Benefits of Sushi in Men Depending on what type of sushi you will eat, men can acquire many sexual benefits. An increase in heart rate and blood flow is a significant part of male sexual performance and overall health. Fortunately, these minerals can be found in many sushi dishes.

Zinc and protein from raw seafood are great for boosting stamina for men. These minerals also produce testosterone, leading to tremendous energy and a more extended period of high sexual drive.

Zinc also causes a faster and longer duration of a male’s erection, so zinc is often needed for men with erectile dysfunction.

Protein can also improve muscle health, essential for doing any body position, including sex. It reduces cramps and improves muscle strength and flexibility.

Ginger, wasabi, and spicy mayo are common condiments for sushi. They are known for their spice and give sushi a distinct kick. With that said, these foods are also great for keeping up erections for men.

Since they contain capsaicin, they increase the blood flow and heart rate. The increase and better flow of the blood will significantly improve sexual stamina and make men have longer and stronger erections.

Sexual Benefits of Sushi in Women Although women do not have the penile gland to stimulate during sexual intercourse, blood flow is still essential in their sexual performance. First, better blood flow means better distribution of chemicals.

This can make the production and transfer of dopamine and endorphins faster, making the body relax and be more ready for sexual intercourse.

Fortunately, various sushi ingredients are filled with vitamin E, especially avocado, cucumber, asparagus, and carrots. This vitamin does not just regulate and improve blood flow. It also makes the skin much healthier.

The testosterone from the zinc found in raw seafood is not just for men. Women can also benefit significantly from a boost of testosterone.

Women tend to be on the lower end of the sexual drive, so they can also have more stamina for sex by giving them a testosterone boost.

Since most women suffer from premenstrual syndrome or PMS, the high amount of zinc will help alleviate the symptoms, resulting in a much calmer and happier mood.

One of the most beneficial parts of eating sushi for both men and women is their healthiness. Since it’s made with healthy ingredients and is low in oil and calories, it’s a very healthy option.

A healthy body is a key to healthy organ function, including sexual organs.

To recap the article, yes, sushi is an aphrodisiac. It’s well observed that certain varieties of the Japanese dish cause an improvement in sexual desire and sexual stamina.

So, if you want a nice and easy dish to make that will not just stimulate your palate but your sexual drive as well, try out sushi.