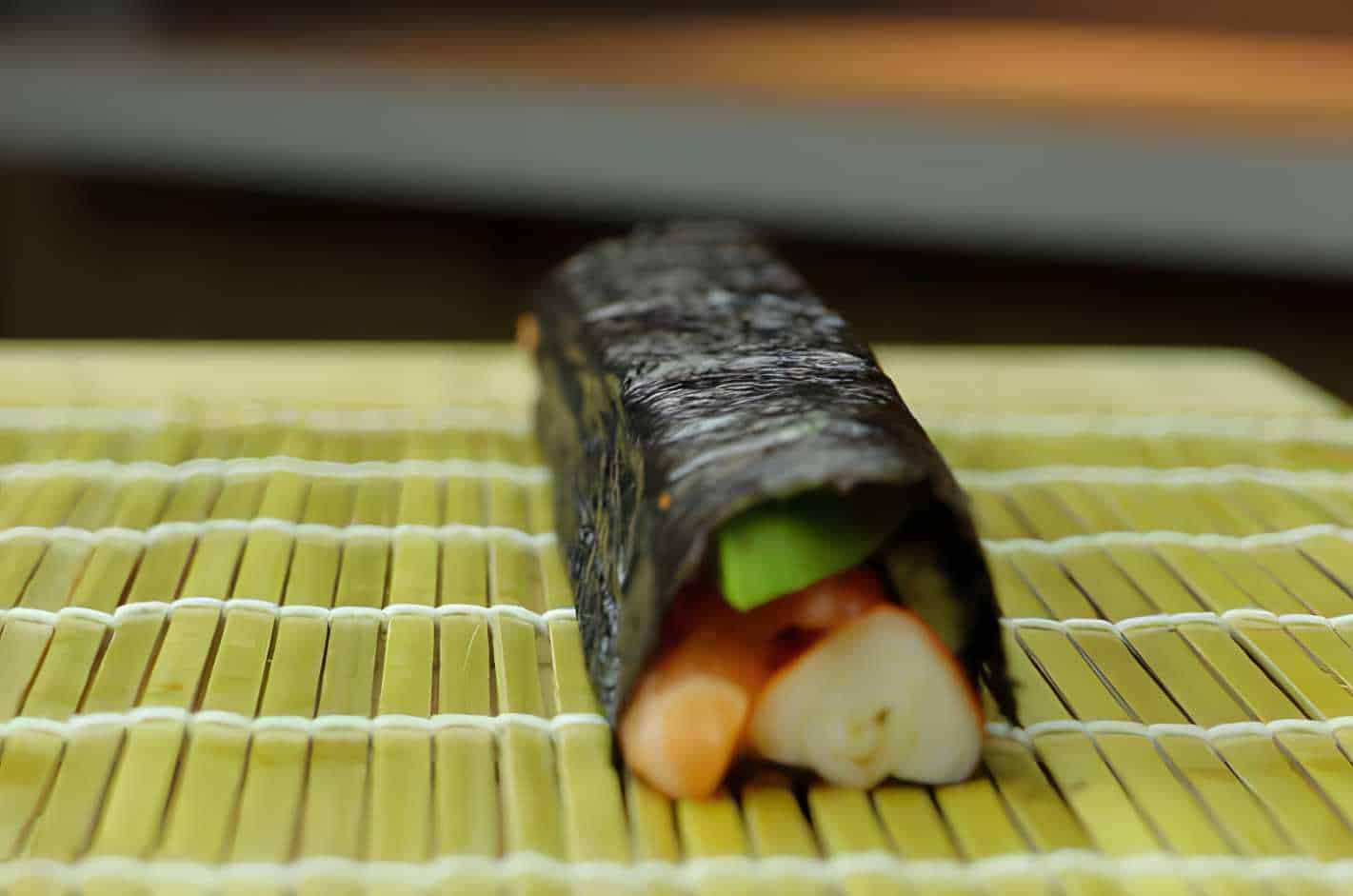 The different types of sushi almost always has this grain. With that, it could be hard to imagine this dish without it. It can even be surprising that one could have sushi without this grain.

It might be a little out of the ordinary. However, as you will see today, sushi without this grain exists, and we’ll help you order it!

7 Ways to Order Sushi Without Rice

It might seem odd for sushi not to have rice. However, such sushi exists, and we can help you get your hands on one! We won’t let you wait anymore! Here are the seven ways you could order sushi without this grain! 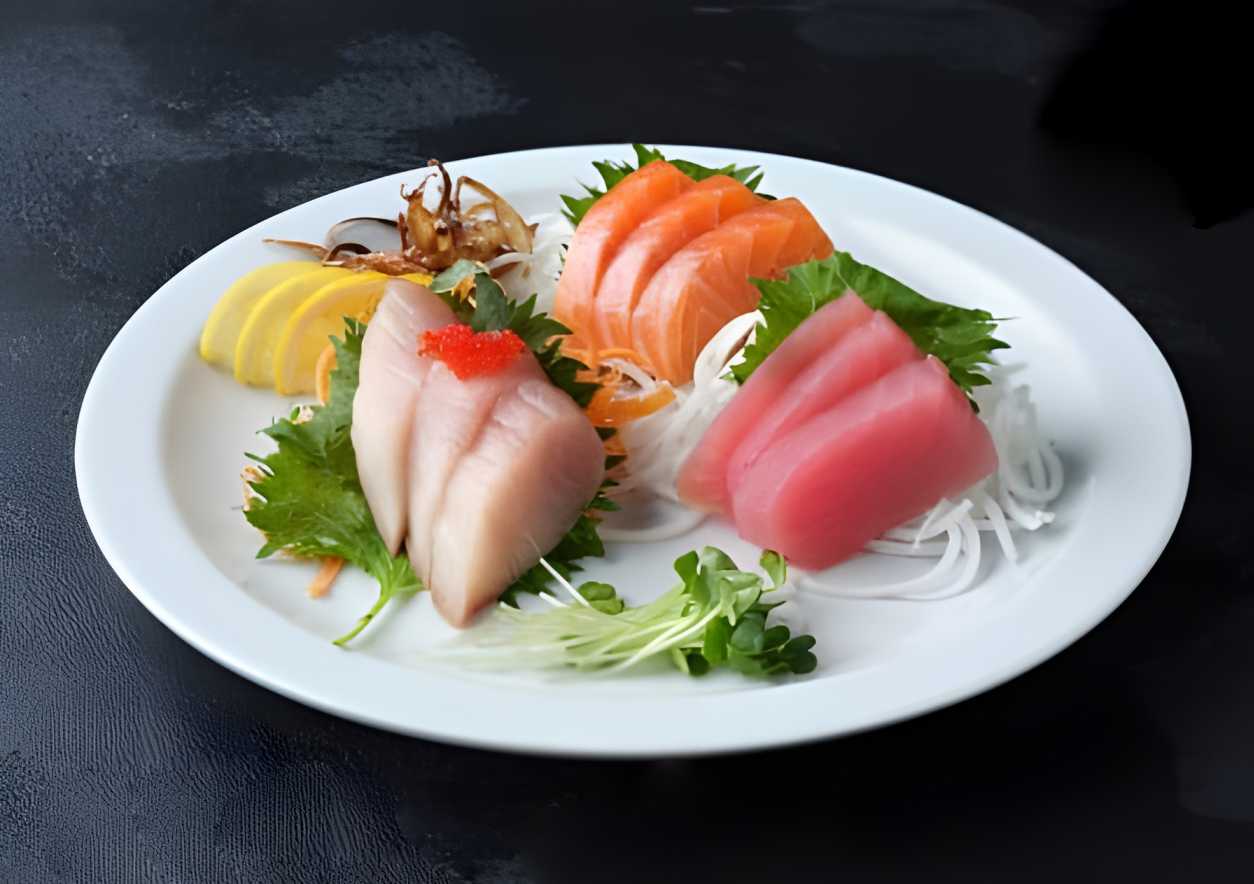 The terms sushi and sashimi are sometimes used interchangeably. However, there are some differences between the two. Still, they are also pretty similar.

We will not be going into all the differences and similarities between the two. However, what makes the two similar at times is the raw meat used for both.

On the other hand, rice sets the two apart. As we have said above, sushi almost always has this grain. On the flip side, sashimi doesn’t.

Some call the sashimi a type of sushi along with nigiri, temaki, maki, and uramaki, to name a few. It is not, though.

However, as you have seen above, it is understandable why some may think so. It may not be sushi, but it is the closest thing to sushi if you don’t want rice with your sushi.

Not into sashimi? No worries, we still have six more things you can do to get some sushi without rice! 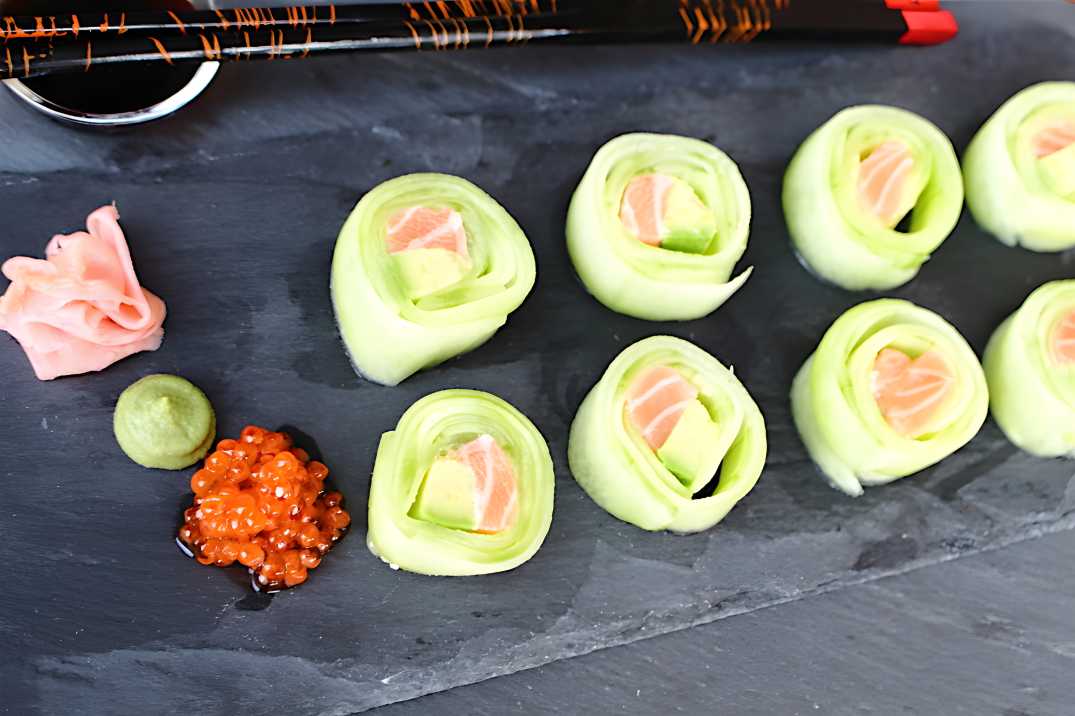 Another difference between sushi and sashimi is that the former doesn’t only use raw meat while the latter does. If you don’t want this grain with your sushi, but you want some of its other non-raw meat parts, you might want to go for naruto rolls.

Naruto rolls are sometimes also called cucumber rolls. It is similar to the usual sushi rolls you often see, except it skips the rice and nori. Instead, it uses cucumber strips or slices.

If you are interested to see how to make a naruto roll, you can check this video out: 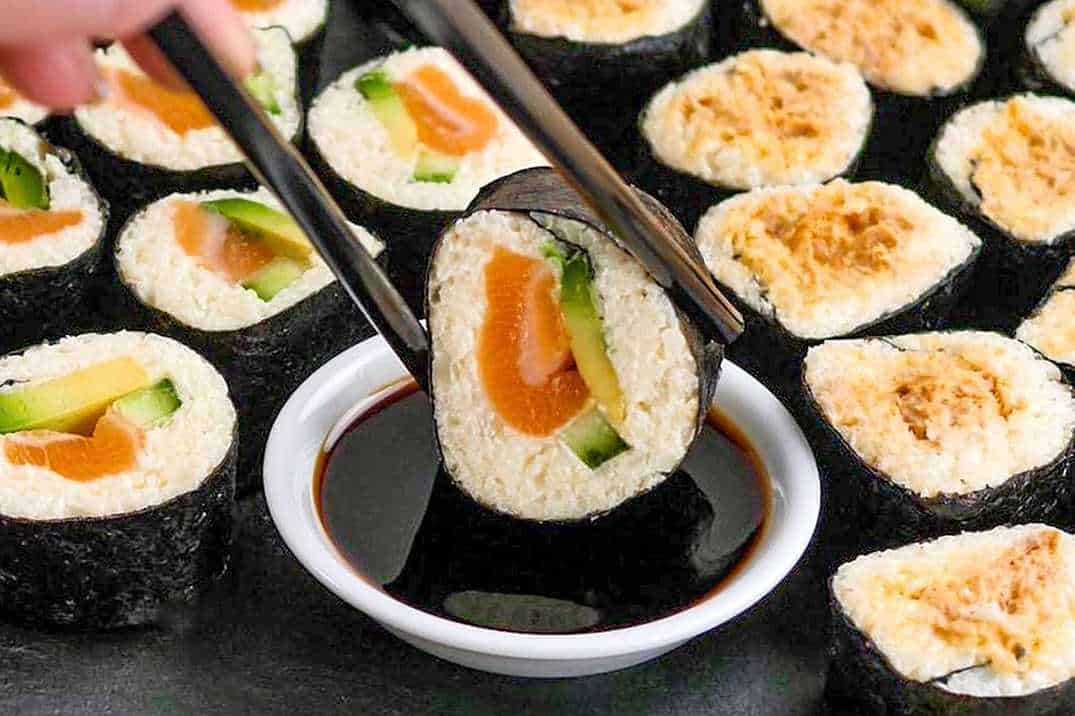 On the other hand, you might want to ask for keto sushi. There are many ways to make keto sushi. However, one of the most popular ways is using cauliflowers.

Here is a keto sushi recipe from My Keto Kitchen if you want to make some sushi at home without the rice.

Using cauliflowers might be one of the most popular ways to make keto sushi, but don’t forget that other ways exist. Before ordering keto sushi, you might want to check what ingredients are part of its recipe. Otherwise, you might get surprised! 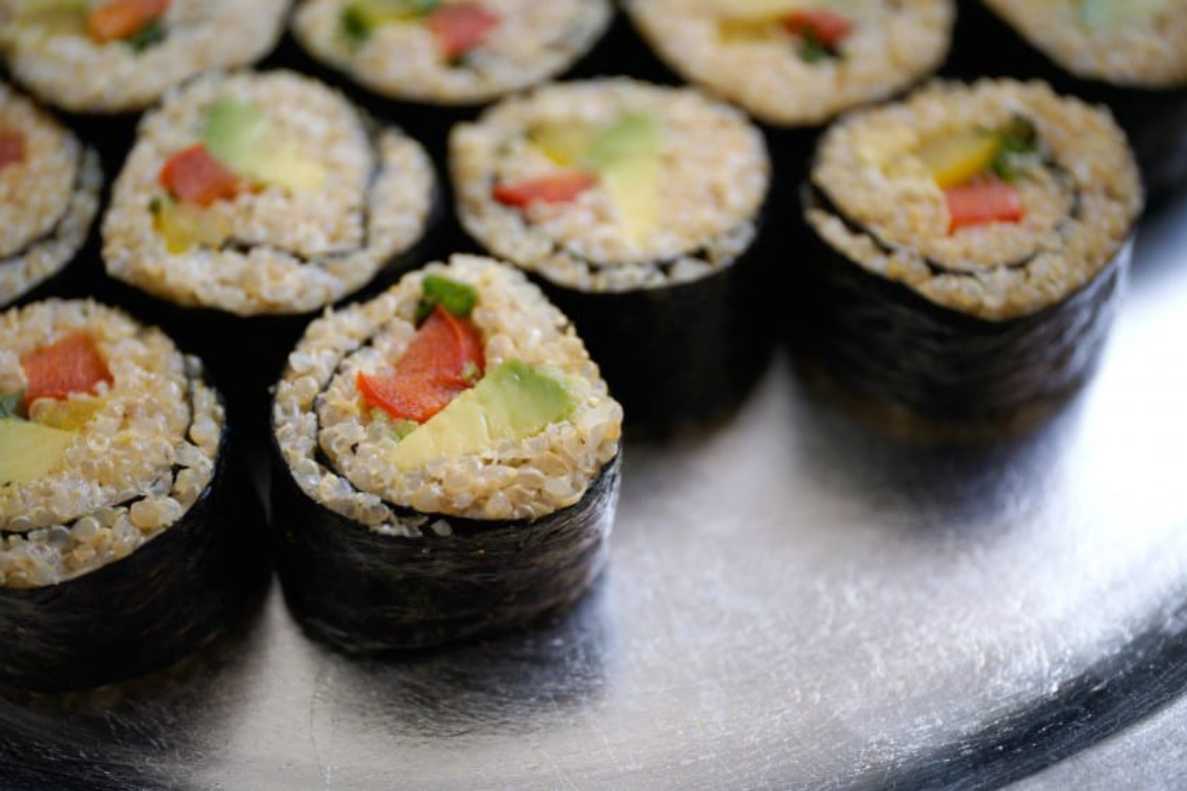 Another thing you can order to skip the rice would be quinoa sushi.

If you look at quinoa, you might mistake it for rice. However, again, you don’t have to worry. It is not even grain, but rather, it is called pseudo-grain.

If you get some quinoa sushi, you will not only be skipping on the rice. You would be eating some superfood too. After all, quinoa is known as one of the healthiest food out there.

Want to know more about this sushi? Well, you might want to check this video out:

Still not your thing? Our next one might be what you want then! 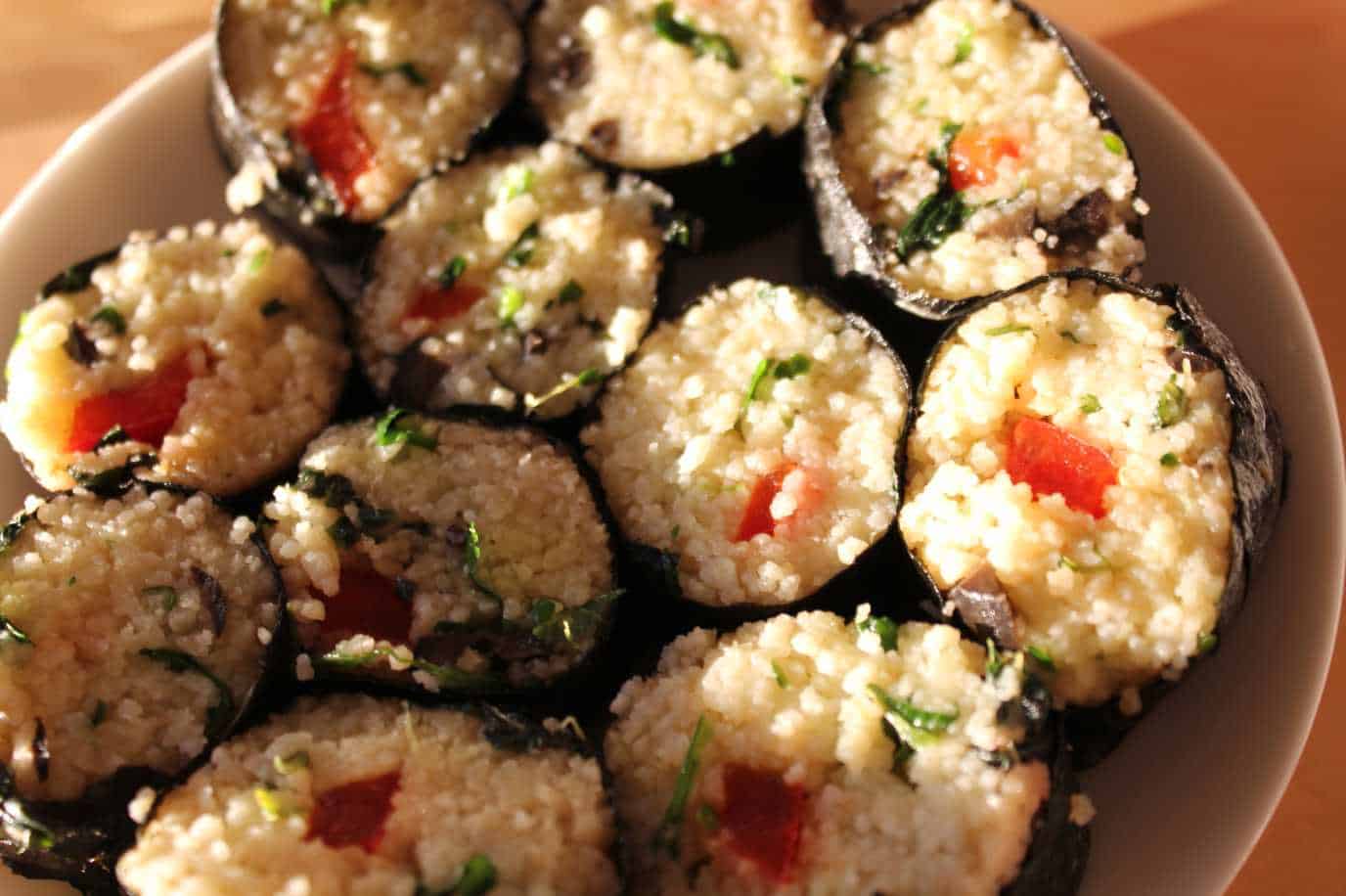 Again, this one might look like grain, but it is pasta. It is made up of durum wheat and water.

As you might expect, this one is not the easiest to locate on this list. If you happen to see a couscous sushi, we suggest you don’t hesitate to give it a try!

6. Ask to Remove the Rice 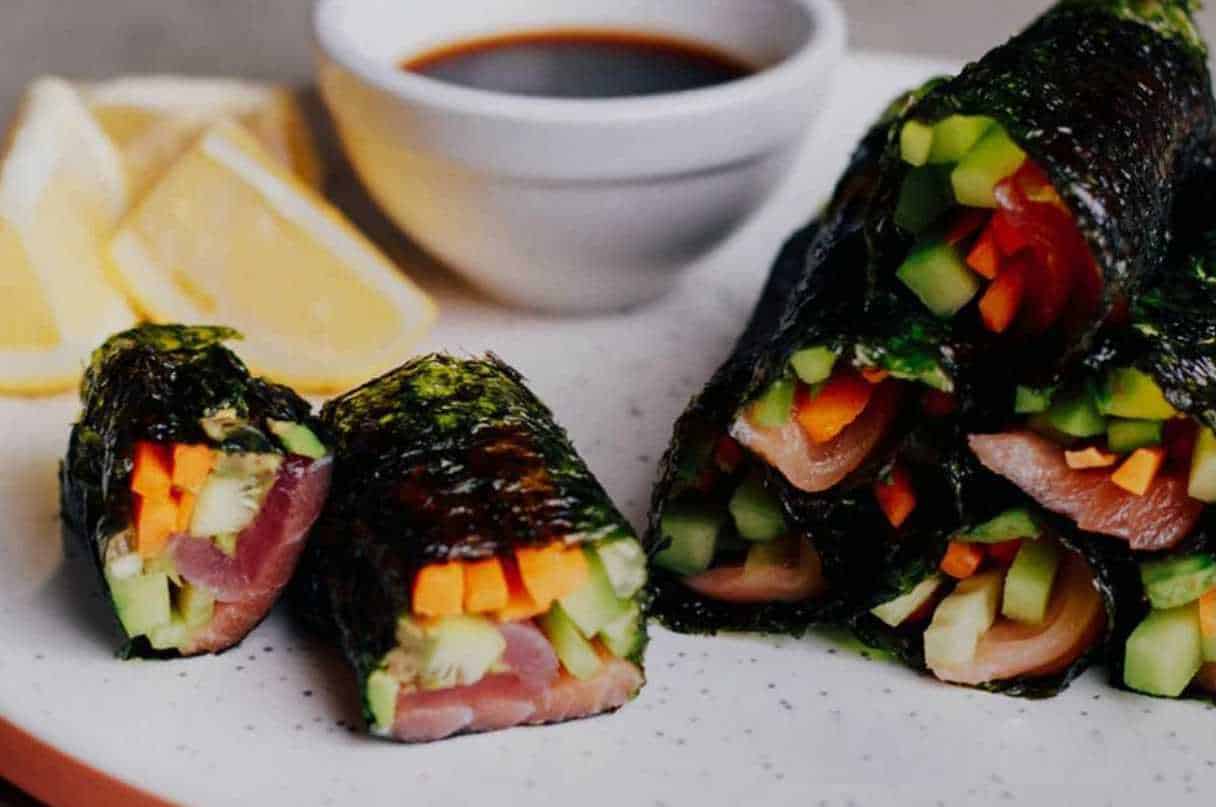 If none of the above is to your liking, this one might suit you best. Sometimes, you can ask and make a request to remove the rice from your sushi.

However, as we have said above, sushi without this grain is pretty much a sashimi by then. They might tell you to get a sashimi instead. On the other hand, they might not be able to cater to this request.

It is not the best idea, but if they can’t cater to your request, you might want to order some nigiri and get rid of the rice yourself. However, as we have said, it is not a good idea.

After all, we don’t want food going to waste around here! This one might only work if you’re eating out with someone who, on the other hand, loves sushi rice! This way, you can let them have it and have no food go to waste!

With that, let us jump to our last method.

7. Ask What Sushi Doesn’t Have Rice

As you might already know, sushi is slowly but surely getting popular. It should not be surprising that there is now a variety of sushi then. Some have even gone beyond the traditional ones already.

There are now many new types of sushi, and you can be sure that many of the recent creations have skipped the grain. If you want some sushi with no rice, you can ask for their recommendations.

If you are at a sushi place with a wide variety, they would probably have one or two things for your craving!

Things to Keep in Mind with Ordering Sushi Without Rice

You now know the seven ways you can order sushi without rice. Here, let’s briefly talk about what you want to consider when doing so.

Not Every Place Will Be Able to Cater to This Request

We have listed seven ways to order some sushi without rice. However, it might be good to note that not all food places would be able to cater to these things.

To avoid the hassle, you might want to do a quick research before visiting a sushi place. Most sushi places have their menu on their website. With this, you should have a good grasp of what restaurant could cater to your need.

Sometimes the online menu could be a little vague, though. However, you don’t have to worry. If a sushi place has a website, they often have their contact number listed somewhere. Don’t be afraid to give them a quick call for clarifications.

It could be a feat to find one with no rice. However, it is not impossible to put a modern-day twist on traditional sushi.

How to order sushi without rice? Today, we showed you 7 ways to do so!

First, you could order some sashimi. While sushi and sashimi are not the same things, the two are pretty similar.

Second, you could go ahead and go for some naruto rolls. It is pretty similar to the usual sushi rolls you see. The only difference is that it uses cucumbers in place of the rice and nori.

The third is asking for keto sushi. There are many types of keto sushi, but because rice is generally not considered keto, any keto sushi would likely have no rice. Fourth is ordering quinoa sushi. Quinoa may look a lot like rice. However, it is not.

Fifth is going for couscous sushi. Again, it may look like rice, but it is not. Among the different methods, though, it might be the hardest one to go for.

At number six, if all else fails, you can try and request for the rice to be removed from your sushi. However, that is not always possible.

Since the last method is not always possible, you might want to go for the seventh method if you’ve run out of options. Kindly ask if the sushi place has any sushi that doesn’t have rice.

We hope we got to help! Do you have more sushi problems? Well, you might want to look around. We might have the sushi solution you need!