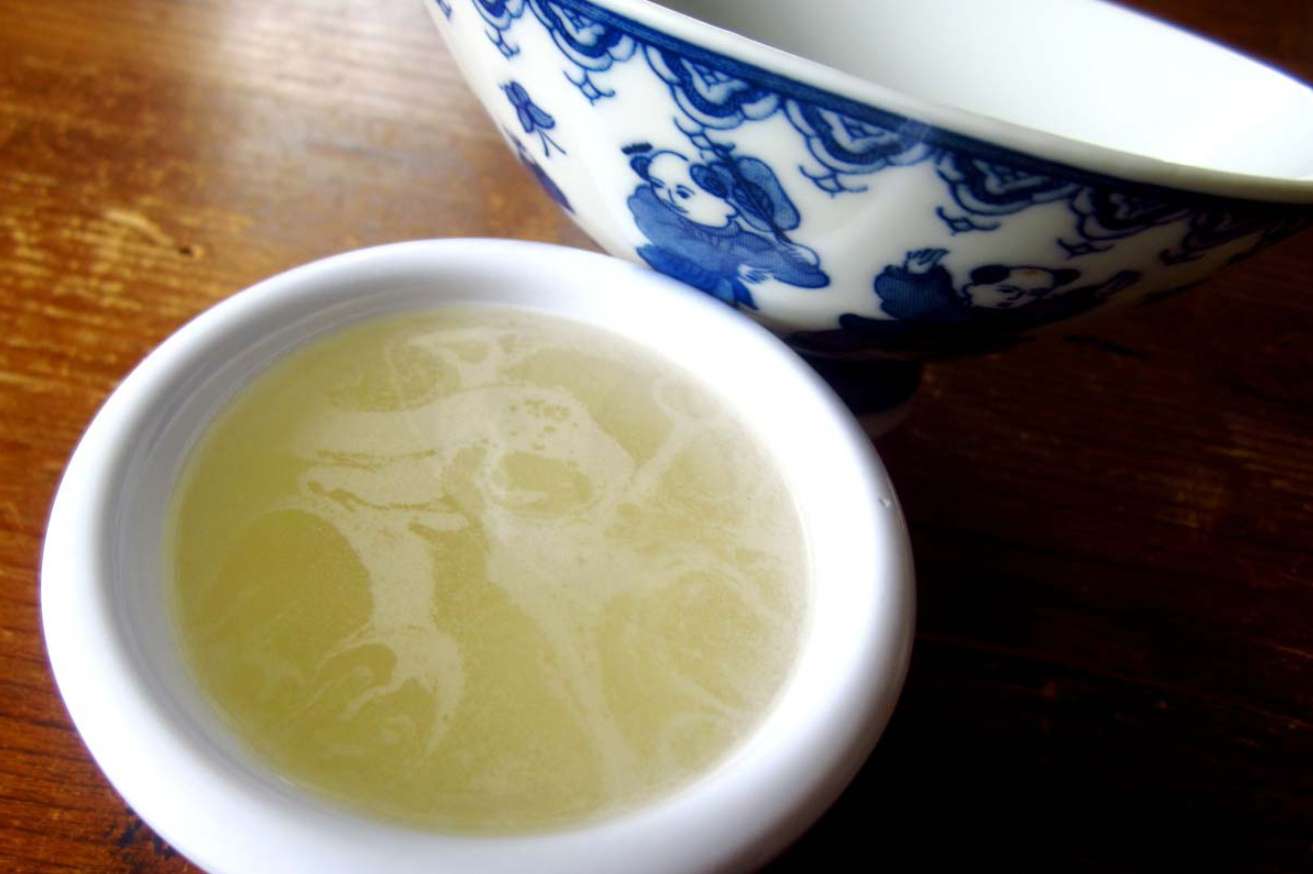 Sushi has been a popular food of Japanese origin worldwide. While there are different types of sushi out there, what each of them has in common is sushi rice, accompanied by sushi vinegar. Sushi rice without sushi vinegar is like a house without a roof, and it’s incomplete. Thus, knowing how to make sushi vinegar is crucial for cooks. 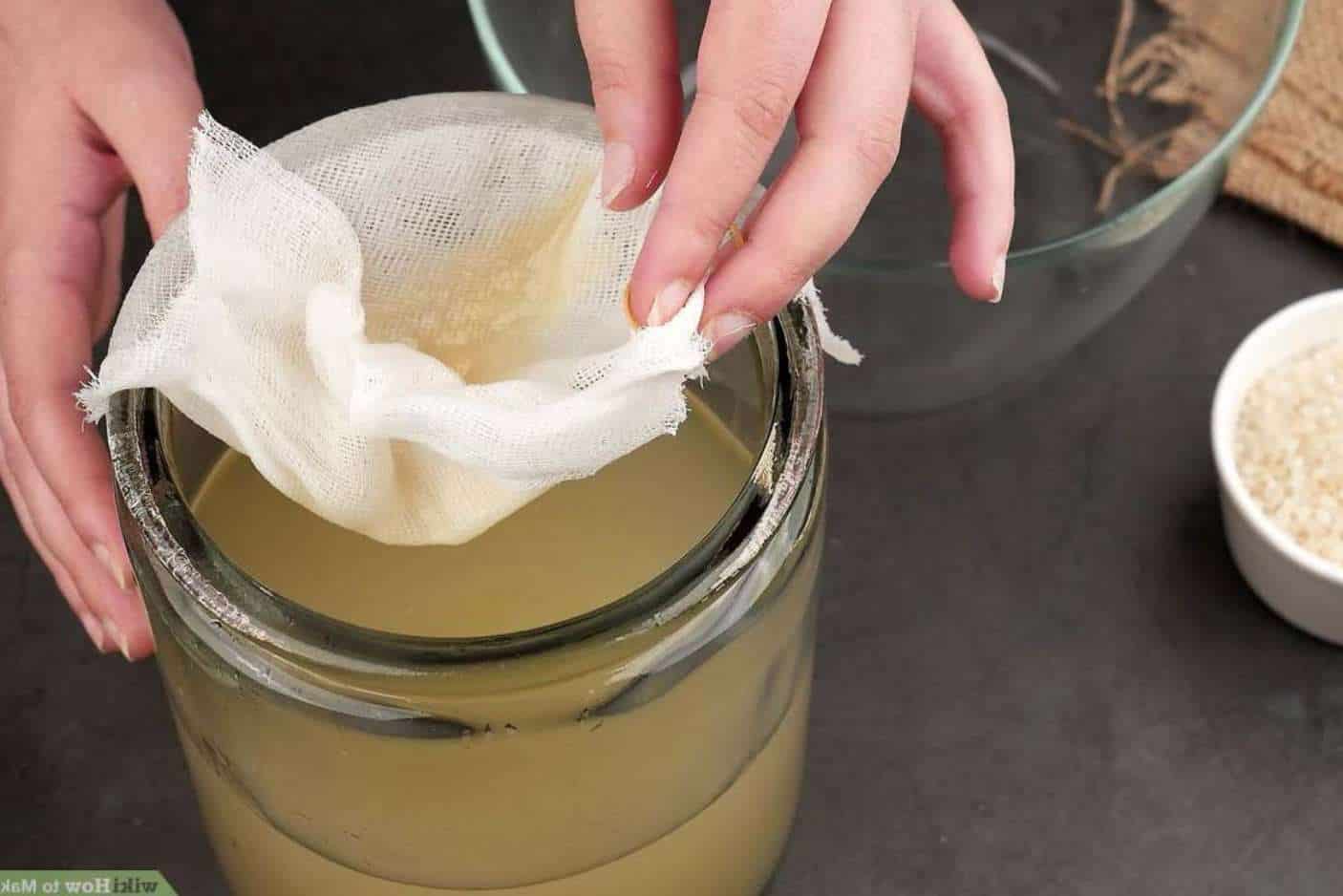 There are many misconceptions about sushi, its origin, and the culture in and around it. One typical example is how the term “sushi” does not really mean raw fish, contrary to popular belief. It refers to a dish consisting of vinegared rice filled with different fillings and topped with a wide variety of topping options, including raw fish.

The birth of sushi was a smooth transition as it was initially a way of preserving food. The fermented rice was used to preserve fish. This process can store fish for up to one year too. Back then, the rice was thrown away and unused as the fish was consumed or cooked up.

In the latter days, during the 16th century, a variation known as namanarezushi was invented. This dish introduces the vinegared rice as the star of the show, renewing its purpose of fermentation.

Since then, fermented rice has been seen in a new light and is now used in a popular dish worldwide. The idea is also brilliant as it also avoids wasting rice.

Vinegar is one of the vital components of creating sushi and was first produced in Mesopotamia. They pioneered the production of vinegar somewhen around 5000 years ago. Along with the production of wine, the process of manufacturing rice vinegar was brought to Japan from China during the fourth and fifth centuries.

Because making narezushi was time-consuming, people have innovated and made vinegar with lees of sake. And so, the custom of sprinkling vinegar on rice to make nigirizushi has taken the spotlight and has spread along the way, undergoing changes to be the sushi you enjoy today.

What is Sushi Vinegar 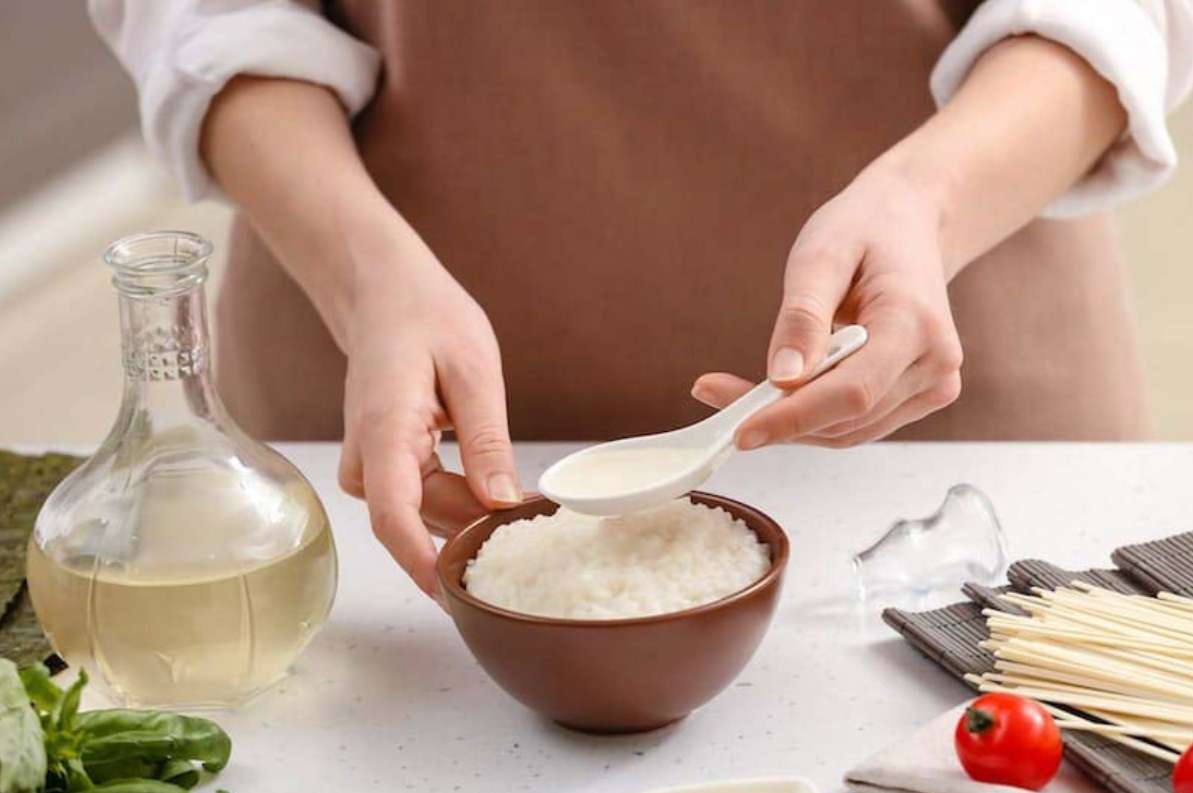 As for sushi vinegar, it’s a combination of rice vinegar mixed with sugar and salt. In a broader view, that’s the entirety of ingredients there is to it. However, cooks worldwide can have twists and additions depending on how they want their sushi rice to taste, whether they like it more traditional or with minor changes.

In making sushi vinegar, all you would need is rice vinegar, salt, and sugar. These ingredients are essential and are found easily in stores, markets, or the grocery store, so you won’t have a hard time looking for them.

While bottled vinegar is always available in stores that you can easily purchase, they already have flavor enhancers, which you may or may not notice. Nevertheless, these flavor enhancers are there and might not be your cup of tea.

This brings the option of making your sushi vinegar which can save more money and allows you to incorporate your taste and make sure that you like how it tastes. In other words, making sushi vinegar can cater to your liking while being as loyal to the traditional recipe as you want. 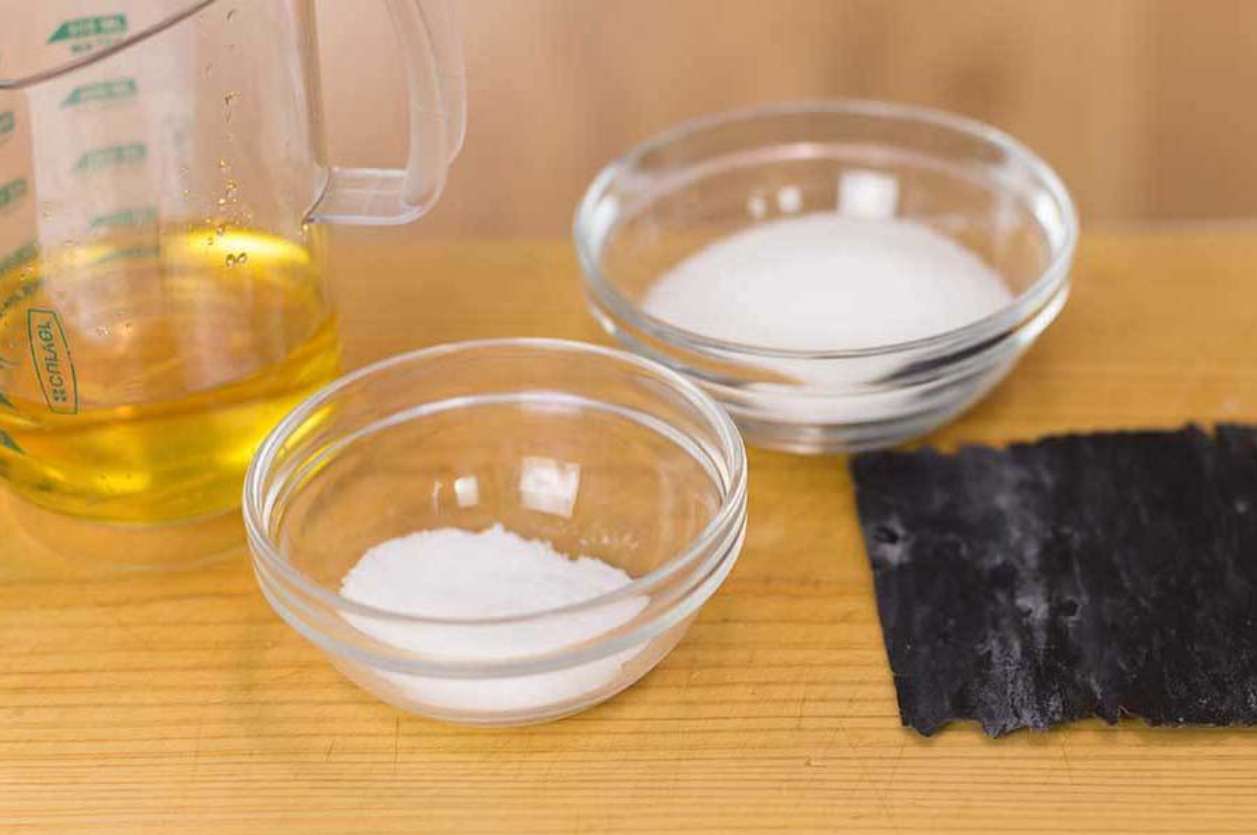 As mentioned earlier, you would only need rice vinegar, salt, and sugar to make sushi vinegar. While you can always make this vinegar to taste, it would be easier to follow a ratio list to save time and to know how many ingredients you need. For this guide, this recipe is good for one kg of sushi rice.

The Role of Sushi Vinegar in Sushi-making

Without sushi vinegar, sushi is not considered sushi. Sushi is defined by having vinegared rice, so without it, it’s hard to call it sushi at all.

The seasoning level in sushi rice sets it apart from other types of rice. Vinegar is an essential component in bringing out the full potential of the flavor. Because of its unique combination of sour, salty, and sweet flavors, sushi vinegar is responsible for the dish’s recognizable flavor worldwide.

Sushi rice’s distinct flavor is recognized worldwide because of sushi vinegar! The sushi rice’s invigorating flavor also perfectly complements the fillings found inside the roll or the toppings on top of it. Its reasonably smooth finish and a good balance of strong and smooth flavors set it apart and give it an edge.

Just as how sushi rice was used to ferment or preserve fish back then, sushi rice is also helpful in maintaining the freshness of the fillings. Sushi’s shelf life is not that long like other dishes. Its freshness can only be preserved for a few days at most.

After some time has passed, it will begin to disintegrate, become slimy, and be covered in bacteria. And so, the sushi vinegar keeps everything fresh and edible for a longer period.

The sushi vinegar dramatically contributes to the sushi rice’s sticky consistency and subdued sweetness. This type of vinegar is not too acidic, giving the sushi rice an excellent subtle pump of sweetness it needs.

The sticky texture offered by the sticky sushi rice helps keep the ingredients intact. On another important note, the sushi vinegar also allows the rice to absorb all of the seasonings and keep all the flavors intact. This way, every bite is filled with flavor combinations exploding in your mouth. 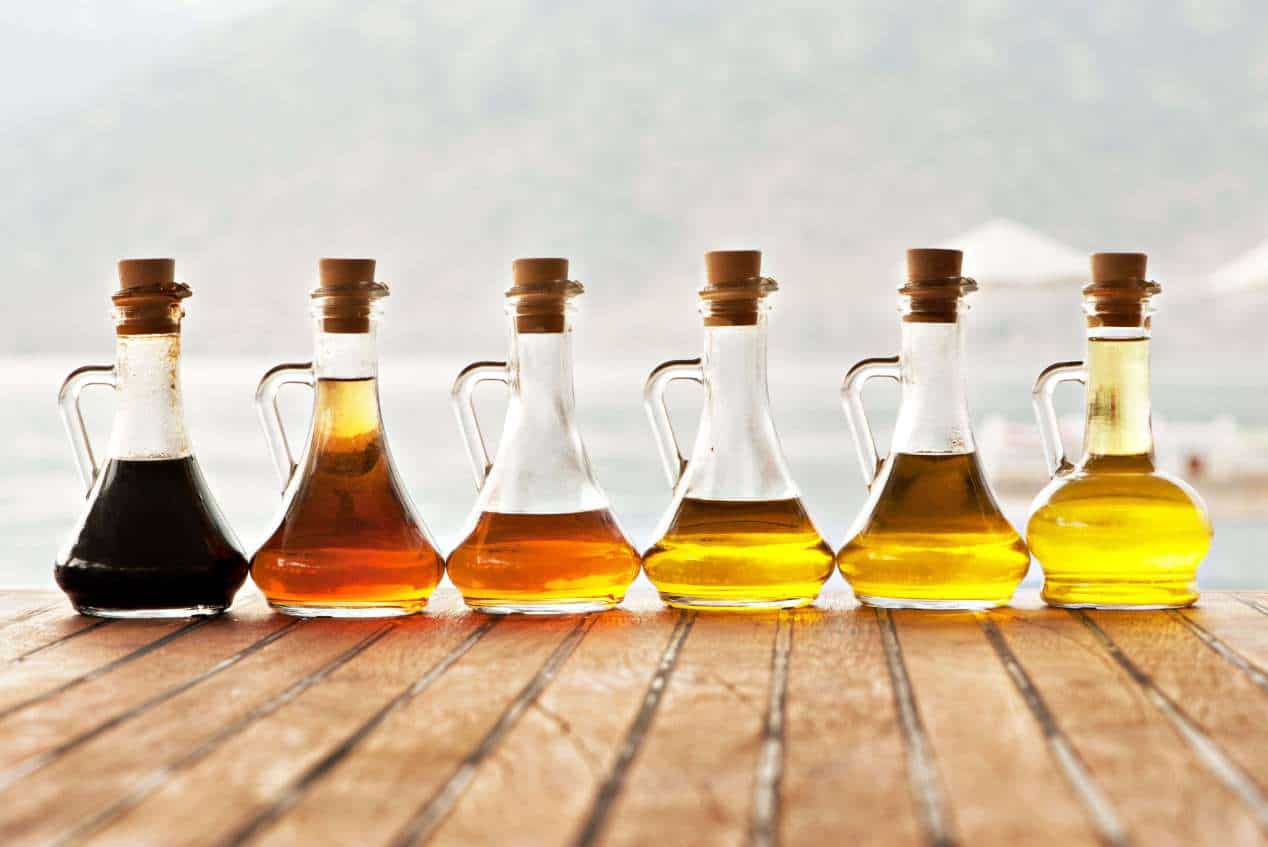 If you can’t find rice vinegar anywhere, or perhaps you are too lazy to find one in the supermarket, here are other types of vinegar you can use as a substitute for rice vinegar.

Because white vinegar and diluted white vinegar share a flavor profile comparable to that of rice vinegar, both these types of vinegar provide the same level of intensity. And so, it’s a good substitute– giving a kick of flavor and retaining the familiar and traditional taste of sushi.

In essence, this type of vinegar is made from fermented apple pulp. Because it’s made from apples, it offers a hint of apple taste along with its sweet and mild flavor overall.

Its distinct notes of apple taste also contribute a unique kick to the sushi rice. Although using apple cider vinegar might require a bit of trial and error before you get the right proportions for the flavor you want to achieve.

This has been a common substitute for vinegar and a common ingredient to offer a tangy and sour taste. And so, it is also a good substitute for rice vinegar as they have similar acidity. Despite being a great alternative, it’s important to note that the sushi may have a noticeable citrus flavor.

Is sushi vinegar essential in sushi?

Yes. It’s hard to say it’s sushi if there’s no sushi vinegar in it. Also, sushi vinegar has relevant contributions to sushi’s overall taste, texture, and storage. If you want some traditional sushi, then sushi vinegar is a must.

What does rice vinegar do to recipes?

Rice vinegar is perfect for marinade and salad dressings because they have a good and mellow flavor. It is also less acidic, so the sour level is just the right amount to bring that kick of flavor into the dish.

Is rice vinegar good for sushi?

Chefs worldwide study hard to learn and master the art of making sushi rice. And in that note, it is non-negotiable that they also know about sushi vinegar. Most chefs prefer rice vinegar over other types of vinegar when it comes to sushi. This type of vinegar is also used in various Asian dishes.