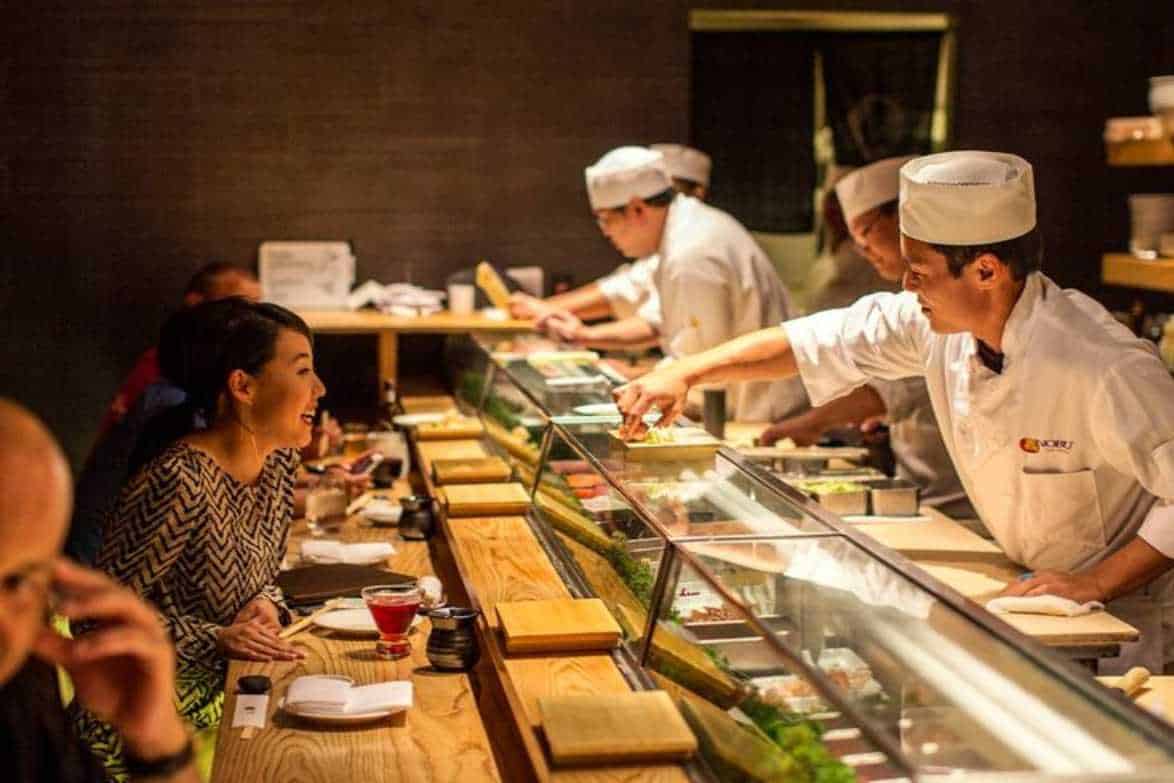 Sushi is a popular Japanese dish made with cooked vinegar-flavored rice, vegetables, or eggs and usually topped with raw seafood. Sushi chefs, also known as itamae, are specialists in sushi preparation.

It takes a considerable amount of time to master making sushi that meets traditional Japanese standards. But is sushi-making even a profitable job, and considering the robust popularity of the sushi dish, how much do sushi chefs make? Before venturing into any business, you need to be sure whether such a business is profitable or not. Sushi-making is not an exception. If you know how to prepare it well and there’s a market hungry for it, you’ll profit.

However, the profit a sushi shop realizes depends on several factors such as incurred expenses, the location of the sushi shop and its customer base, advertisement, customer relations, etc.

Like any other business, sushi-making requires certain expenses to be made. These expenses come in various forms.

However, a sushi shop must ensure that its profit is higher than its incurring expenses or else, it will run at a loss or eventually fold up.

Location And Customer Base

Every business needs customers to profit, and the sushi business isn’t an exception. A sushi restaurant located in a busy city or an economic standpoint would most likely make more profits than one in an economically not-so-vibrant town.

However, this isn’t absolute, given that the residents of an economically-vibrant city might not necessarily be fans of sushi. This is where good advertisement and customer relations come in.

Some customers might be reluctant to visit the restaurant if they think the sushi dishes are too expensive.

Therefore, sushi restaurants can think long-term and maintain pocket-friendly prices via themed or promotional sales, helping them maintain their customer base even when prices steadily increase in the long run.

Sushi has grown in influence over the last decades, becoming a worldwide phenomenon. Now, sushi restaurants can be found in just about every major city in any part of the world today.

As such, there are sushi chefs in almost every region, but they don’t earn the same amount of money. In North America, the estimated average salary of a sushi chef is $34,468 per year. 5 Things That Determine How Much Sushi Chefs Make

Depending on various factors, such as education, work experience, ethnicity, geographic location, companies, and additional skills, the salaries of sushi chefs vary. These factors are extensively discussed below:

One factor determining how much a sushi chef makes is education. Many employers would prefer a well-educated individual who has undergone traditional culinary school training.

With a college degree, sushi chefs earn a yearly income of $42,609 compared to High School Degree who earns an annual income of $37,462.

Sushi chefs’ work experience also influences how much they make.

At the least, a Japanese sushi chef in the United States earns $20,592, with their pay being the highest in San Francisco.

The organization or establishment sushi chefs work in determines their salary. High-end restaurants and five-star hostels would ordinarily pay higher than a one-star hotel because the customers patronize them.

How professional a sushi chef is is determined by how much they earn.

When a sushi chef perfects their communication and people relation skills and has a flair for entertaining customers can increase one’s salary and guarantee customers’ satisfaction.

In addition, when a sushi chef establishes a reputation as a competent and professional sushi chef, he may be able to increase his compensation.

Sushi chefs make good money, depending on the factors listed above.

A sushi chef can always boost his earnings appropriately by leveraging these factors in any part of the world.