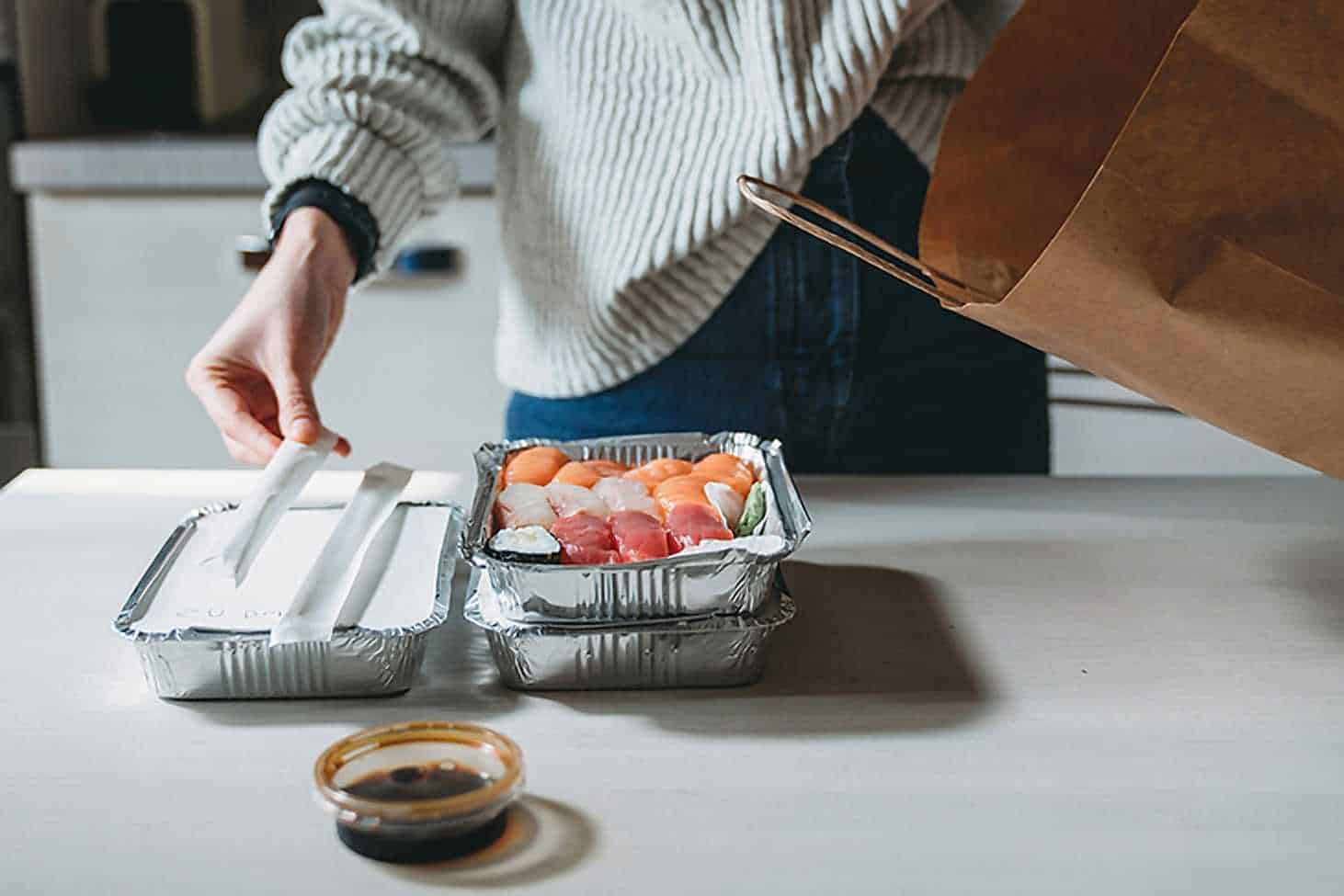 Sushi has been a significant part of Japanese cuisine. With the rise of contemporary food culture, sushi has garnered a spot as one of the most popular food items in the world. With that said, how long is sushi good for? Sushi is a staple rice dish from Japan. It primarily consists of toppings and fillings in the middle that varies from sushi to sushi.

It can range from raw salmon, avocados, and prawns. Sushi is commonly wrapped around a thin layer of dried seaweed sheet and dipped in soy sauce.

The contemporary food culture started to be interested in sushi as it became popular in the media in the 2000s. Today, sushi is one of the sought-out dishes all around the world.

With that said, how long can you keep sushi fresh and edible?

How Long is Sushi Good For? How long sushi is good will vary significantly between the ingredients used and its temperature.

However, it’s commonly known that sushi can last up to 2 hours to four days. It usually depends on what type of sushi you have and what temperature is in the

Letting the sushi at an outdoor temperature should be consumed as soon as possible. Raw sushi especially is prone to be host to a lot of bacteria. When placed at a hot and humid temperature, it can cause the sushi to spoil in just an hour.

On the other hand, cooked sushi can last two hours outdoors. The cooked surface and vegetables are less prone to bacteria build-up, leading to slower spoilage.

Room temperature less than thirty-two degrees Celsius can double the spoilage time compared to the outside temperature. They can be suitable for two to four hours when left at room temperature.

Putting the sushi in the fridge and not the refrigerator will spoil it faster. The cold temperature of the freezer makes the spoilage process much slower. It also limits the production of bacteria in the ingredients incorporated in sushi.

The same with room and outside temperature, cooked and vegetable sushi stored in the fridge lasts longer than raw ones.

Why does sushi Spoil so Fast? Even though sushi is trendy nowadays, the fast-spoiling process has been a problem until now. Here are some reasons why sushi spoils so fast.

Thawing and Changes in Temperature

One of the most prominent factors why sushi spoils so fast is thawing. Since sushi is often served cold or frozen, the thawing process makes it moist. The moistness of the ingredients makes them a ground for developing many bacteria.

The temperature change also increases the fastness and slowness of spoiling time in sushi, as different temperatures will dictate bacterial growth.

Sushi is commonly made with raw seafood such as salmon, urchin, crab meat, and fresh vegetables like cucumber and avocado. Although you can make sushi with cooked ingredients, the most common ones are raw and fresh.

The raw nature of the ingredients in sushi makes it a susceptible breeding ground for many bacteria, resulting in a faster spoilage process.

The way the sushi is stored will dictate how it will improve or deteriorate its state. Colder storage methods such as the freezer and fridge will slow the spoiling process.

Compared to when the sushi is at room temperature, it will have a faster spoiling process. The foul odor is one of the tell-tale signs that the sushi is already spoilt. Depending on what type of sushi it is, the smell will vary. Although crab meat and salmon can have a fishy odor, they should not be foul.

Compared to spoilt seafood’s rotten and pungent smell, the stench should still smell fresh and delicate to the nose. The rice should also have little to no smell when fresh. If the sushi produces a foul odor, it should not be consumed.

When ingredients such as rice and raw seafood are prone to developing slime when it’s in a spoiling process, the slime will mainly cover the creases and the top of the sushi.

Sushi with slime should not be eaten and must be discarded immediately.

When sushi is in improper storage methods, it might lower quality as they enter the spoiling process.

You can feel the rice becoming moister and the seaweed sheet or nori becoming more and more limper as it loses its crunch. The taste will also have a downgrade in quality.

When sushi is fresh, it will have a vibrant color. It will have a less rich color and appear duller as it becomes more exposed to various elements.

As stated earlier, you should not eat sushi showing spoilage signs. However, what are the effects of eating leftover and spoilt sushi? Spoilt foods should not be consumed in any capacity, as they can have many adverse effects on the body, such as:

Various digestive problems can be developed when one consumes spoilt food, especially sushi. As stated earlier, due to the ingredients present in sushi, it can become a ground for the rapid breeding of bacteria.

The bacteria present in the sushi can cause an adverse reaction when consumed. The digestive problem can range from manageable cramps to diarrhea.

Bloating or the largeness of the stomach area is a common symptom when a digestive problem occurs. It’s characterized by the stomach’s sudden swell and pain or discomfort.

Diarrhea is one of the most common results of digesting spoilt and rotten food. Even though it’s common, severe cases of diarrhea can cause dehydration which is life-threatening when not treated immediately.

If the symptoms do not subside after thirty-six hours, it’s best to go to the hospital for a more in-depth medical check-up.

Anisakiasis is a digestive infection commonly caused by larvae found in raw fish. When the seafood is exposed to the humid air, it has a higher number of bacteria or larvae in this case.

How to Properly Store Sushi Although sushi has become more and more popular these past years, the fast spoilage process is still a big problem when eating it.

As the modern way of life gets more streamlined, not all people have the time to sit down and eat their sushi instantly. To combat this, here are ways you can safely and properly store your sushi.

Keep the Sushi in the Original Packaging

If you are buying pre-packaged or take-out sushi and have no means to eat it immediately, you should not place it in other containers.

Removing the sushi in its packaging will result in airborne contamination and make the spoiling process much faster.

Place it in the freezer Immediately

Sushi is best placed in a cold environment such as a freezer. The cold temperature will keep the sushi from developing bacterial growth leading to slower spoilage.

It’s recommended to keep in a temperature between 32-to-38-degree Fahrenheit. This will keep the sushi from being spoilt for up to four days.

However, placing the sushi in the freezer can have harmful effects, especially on the taste. The texture and taste of the sushi can vary significantly compared to the fresh ones.

Thawing and putting the sushi inside the freezer will not help when it comes to storing it properly. The moisture from the melted ice will coat the sushi and lead to more rapid bacteria growth.

Place it in an Airtight Container

Placing the sushi in an airtight container will keep it away from contaminants and moisture. Combine this method with a fridge, and your sushi will have a better shelf life.

The bacteria will also have difficulty getting into the sushi and multiplying when placed in an airtight container. This storage method is especially beneficial to ingredients such as raw fish and crab meat, which spoils relatively fast.

Sushi is a great food to eat as you unwind and relax. However, it can also come with cons, such as it’s relatively easy to spoil.

To make the experience safer for you, we hope this guide on how long sushi is good for can keep you from digesting any spoilt sushi.