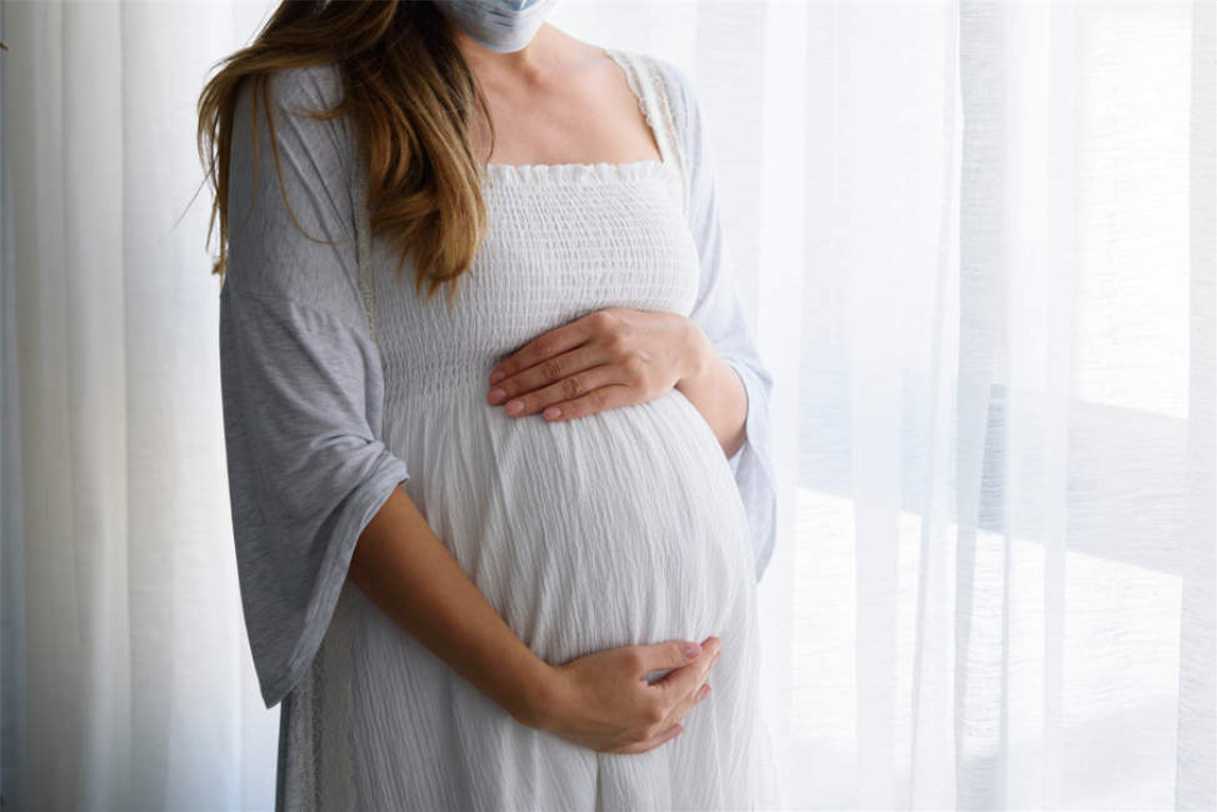 Eating seafood rich in omega-3 fatty acids can be beneficial during pregnancy. However, some foods you may believe are healthy but risk you and your baby.

You may also wonder: “Can you eat sushi while pregnant?”  Continue reading to learn more before canceling your dinner arrangements or ordering those maki rolls.

Is sushi safe for pregnant women? 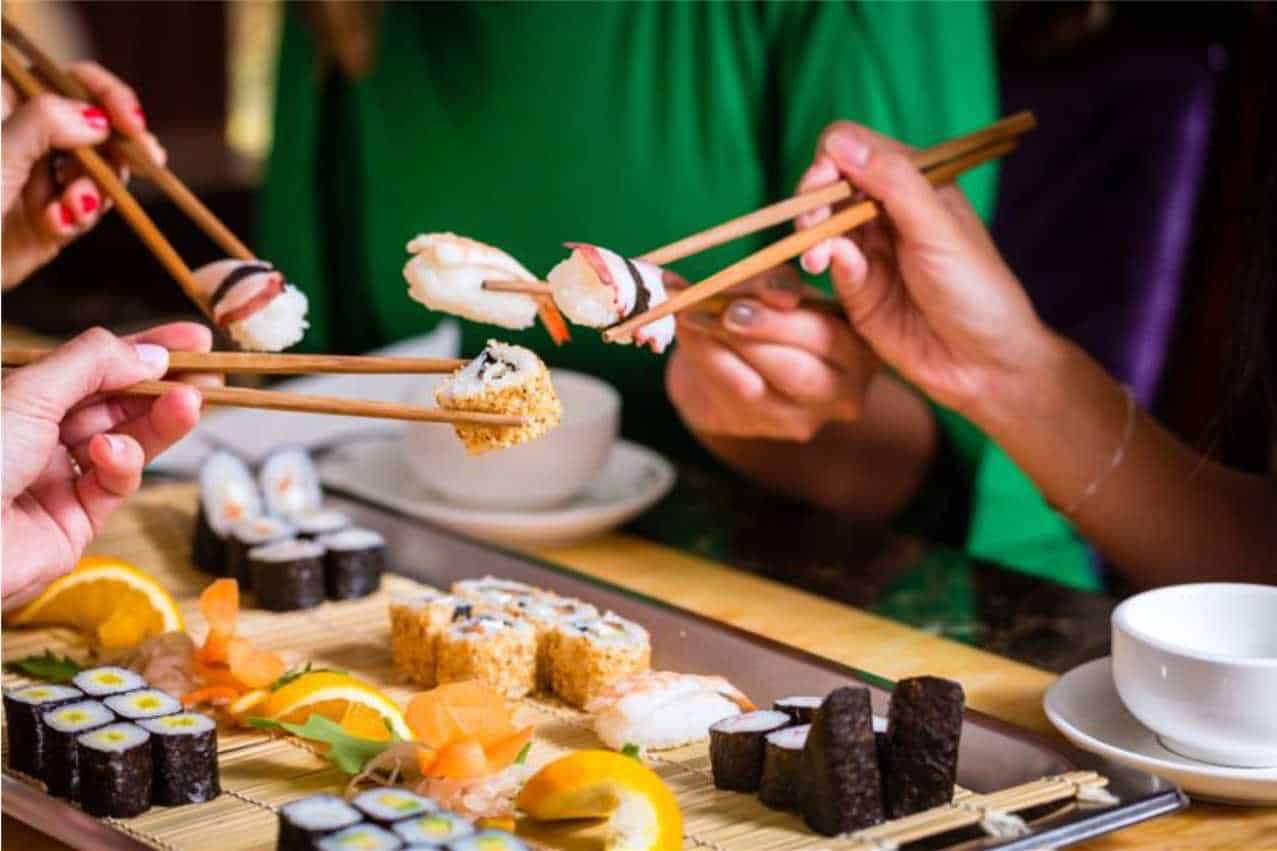 Sushi that is adequately cooked and has low mercury is safe for most pregnant women. Sushi that is vegetarian or vegan is also healthy when you have a baby on the way.

However, it would help to avoid sushi with undercooked or raw fish or seafood. These foods likely contain hazardous bacteria and parasites. Furthermore, they may have significant levels of mercury.

The truth is that sushi is safe for pregnant women to eat, although certain types of sushi are safer than others.

Sushi refers to the vinegared rice rather than the filling or garnishes. Therefore saying “sushi is dangerous” is a little inaccurate. It’s just that some toppings are better and safer to eat while pregnant than others.

Pregnancy decreases your immunity, making you more susceptible to diseases. Therefore, be cautious when eating foods like sushi rolls when pregnant.

Be particularly careful about what you ingest. Always inquire about the components in sushi choices when dining out. Make it clear that you cannot eat raw fish.

Authorities in practically every country advise pregnant women to avoid eating raw fish due to the risk of deadly parasites or bacteria. It’s best to avoid raw fish whenever possible.

On the other hand, the National Health Service in the United Kingdom claims that expectant mothers can consume raw fish as long as it’s frozen first to eliminate any parasites. The advice to avoid raw shellfish is the same in other nations.

Before making sushi, restaurants and shops in the UK must freeze raw fish at – 20°C for 24 hours or at -35°C for at least 15 hours. They say this freezing method destroys the parasites, making fish safe to eat.

However, if you’re concerned, inquire if the fish is frozen before being served raw. If you’re worried or unsure, stick to sushi made with cooked fish or veggies.

Can you eat seared or smoked fish when pregnant?

Seared fish is frequently partially uncooked or undercooked. It would be best to avoid it while pregnant because it’s not thoroughly cooked to a safe temperature.

Also, it’s best to avoid chilled smoked fish unless it’s served in a cooked dish, like a casserole. It should have reached 165°F to destroy hazardous germs. Additionally, you can eat canned and shelf-stable smoked seafood while pregnant.

What types of sushi can pregnant women eat? Vegetarian sushi with components like avocado or cooked egg is best to eat when expecting a baby.

Freeze your fish not less than four days before serving if you wish to make sushi at home. Defrost it in the refrigerator and use it immediately after it’s entirely defrosted.

Suppose you’re not sure about having sushi while pregnant. Well-cooked fish and other seafood can provide the same nutrients. Cooked fish provides protein and other vitamins and minerals like zinc, iodine, and selenium.

Omega-3 fatty acids found in cooked oily fish like sardines and salmon are essential for your baby’s developing brain. Limit yourself to two meals of oily fish each week.

One of the most popular sushi is the California roll, prepared with artificial crab meat. This crab meat is generally deemed acceptable for pregnant women because it is ready from lower-mercury seafood.

Always inquire about the components in any sushi containing fish. You could assume you’re simply receiving meat or crab meat, but other mercury-rich fish may be present.

You don’t have to give up sushi entirely. Some sushi contains cooked marinated fish or no fish at all. See table below.

What fish and seafood are safe for pregnant women?

The fish and seafood listed below are safe and healthy for pregnant women. Sushi prepared with this food is safe to eat while pregnant. You can consume them in up to two six-ounce portions each week.

What types of sushi should pregnant women avoid? The four types of fish with the highest levels of mercury are Gulf of Mexico tilefish, shark, swordfish, and king mackerel. You should not consume these fish if you’re pregnant. Aside from these, avoid sushi with the following seafood:

The amount of mercury found in the flesh of a fish determines whether it is low-mercury or high-mercury.

What are the risks of eating sushi while pregnant? There are a few hazards to eating sushi while pregnant, but you can avoid them entirely by making wise decisions.

You don’t have to worry about harming your baby if your sushi filling is thoroughly cooked. It’s also best if you maintain track of your fish consumption.

Eating undercooked or raw food exposes you to the risk of foodborne parasites or infections like listeria. However, raw fish doesn’t contain listeria automatically, contrary to popular belief.

Listeria contamination usually occurs while preparing, packing, or storing food. It grows in cold environments, including the refrigerator.

Unfortunately, contamination can occur at any point in food processing. It can also happen if the fish is processed further, such as through smoking or curing.

The most vulnerable to listeria infection are pregnant women and babies. Listeriosis is a rare but significant pregnancy condition that can result in serious ailments.

The disease can spread to an unborn child, resulting in preterm labor, pregnancy loss, or newborn mortality. In addition, listeriosis can compromise a baby’s heart and kidneys and infect the blood and brain.

Call your OB provider immediately if you suffer signs of a listeria infection. Symptoms include fever, nausea, vomiting, gastrointestinal distress, and flu-like symptoms.

There are numerous advantages to eating fish during pregnancy. However, it would help if you kept yourself from contracting mercury contamination.

Shoot for 8-12 ounces of fish with low mercury per week. If you eat less than this, your baby may not get enough omega-3 fatty acids for proper brain development.

Contrarily, eating more than the recommended amount can be harmful. Mercury poisoning in the womb can cause a severe impact on cognition and visual and hearing impairments in children.

Anisakiasis can also promote impaired immunity in expectant mothers and the dangers of preterm deliveries. It can also inhibit the growth of the baby. If you’re pregnant, you should stop eating unhealthy sushi as soon as possible. Even if you’re trying to conceive, it’s best to avoid consuming uncooked or raw fish. Stay away from these types of sushi in all three trimesters of your pregnancy.

Several substantial changes occur throughout the first trimester, so it’s critical to withdraw as soon as you find out you’re pregnant. Your baby’s brain and spinal column start to form from the first to eighth weeks.

The tissues that make up the heart also commence beating within the first trimester. The ears, eyes, and nose also develop.

Upon completing the first trimester, your baby’s organ systems will have developed and begun to work. Your baby is most vulnerable and prone to harm and injury from toxic substances during the first 12 weeks of pregnancy.

When your immune system gets weakened, you’re more vulnerable to parasites or bacteria found in raw or mishandled fish.

Furthermore, if you’ve recently discovered you’re pregnant, but you have been eating undercooked or raw sushi, stay calm. Let your doctor know if you’ve consumed unhealthy sushi to help alleviate any concerns.

Your doctor can advise you on the healthiest foods to eat while pregnant. He can help you develop a safe and fulfilling diet for you and the precious jewel in your womb.

Can you eat sushi when pregnant? If you enjoy sushi, you may be concerned that your beloved rolls will be unavailable to you now that you’re expecting.

Sushi containing properly cooked fish and seafood, as well as veggies, is safe. You can pick from various healthy sushi options to satisfy your cravings while keeping yourself and your baby safe.